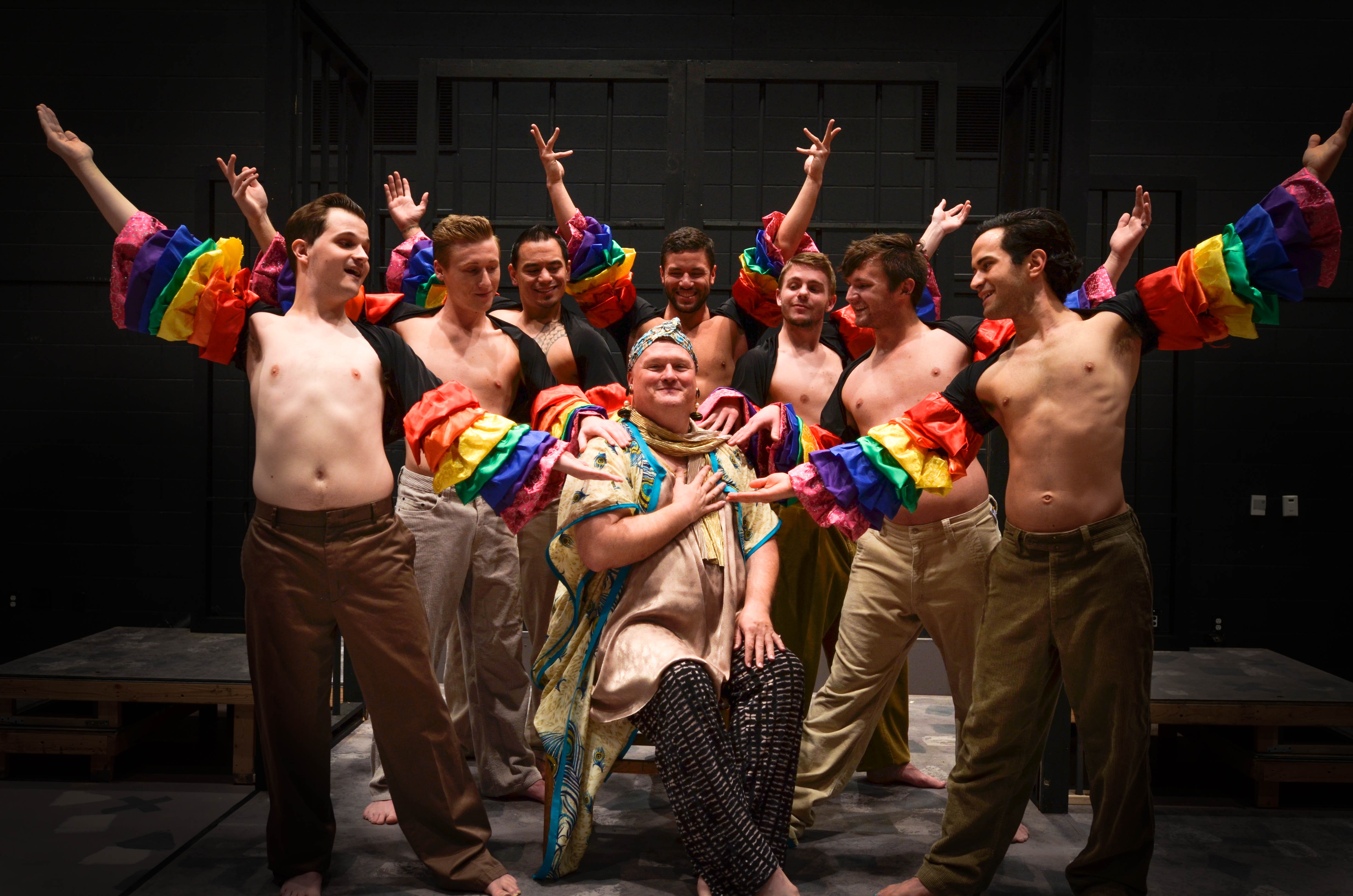 Dancing with the Spider: Utah Rep’s Kiss of the Spider Woman

Tony Award–winning Kiss of the Spider Woman has made its premiere in Utah theaters with Utah Repertory Theater Company, who have yet again delivered a marvelous production. It is a musical about love, sexuality, femininity and survival. Set in a Latin American prison, Kiss of the Spider Woman makes visible the unattainable hope of tomorrow while intermingling dark humor, fishnets, feathers and killer choreography.

Upon arriving to the show, the set (designed by Cara Pomeroy) immediately places you into the world of the Spider Woman (played by Erin Royall Carlson). A giant spider web stretches between prison walls, which surround the entire stage. In the center of the web is the cell of our protagonist, Molina (Kenneth Wayne), her trunk full of costumes to the left of the cell and a dirty, thin mattress in front of it. Molina is a fabulous character: He wears headdresses, lavish scarves and shimmering shawls with delicate patterns. Arrested for sexual deviance, he is to serve eight years in prison. “I followed him right into a trap,” he tells his newest cellmate, Valentin (Juan Pereira). Molina’s sexuality and expression of femininity have caused him to be victim to the cruel treatment of the prisons guards, who torture him physically and mentally. Regardless of his position in the cell, however, Molina finds humor, beauty and a passion for fashion with the fantasy movie world he creates, starring Aurora. He loves each of her roles, save one: The Spider Woman with a deadly kiss.

Carlson plays the Spider Woman magnificently: Her vocals rang flawless throughout the building and she played the beautiful, sly, alluring Aurora so well that I could believe she truly might possess the power to kill any man with her kiss. Her costumes were on fire, and she added flare and finesse to each of her scenes. And though her deadly kiss was meant to be feared, the Spider Woman brings humor and joy to the prison set as she takes on various roles as Aurora. It is through Aurora and Molina’s theatrical fantasies that Valentin begins to open up to Molina. As he tells Valentin each of Aurora’s stories, black-and-white movies pop up on the screen while the Spider Woman entices the audience with sleek dances and her sultry vocals. Pair this with the pipes of Wayne and Pereira, as well as Karli Rose Lowry (Marta, Valentin’s love) and Casey Matern (Molina’s mother), and you’ve got a powerhouse of a musical performance.

As the play goes on and the plot thickens, we discover that Valentin is a Marxist revolutionary who is willing to do anything for his cause—even let die anyone who stands in the way of the revolution. Meanwhile, Molina has been taking care of the wounded and tortured Valentin, allowing his affections for him to surface. In order to discover answers about revolution leaders, the prison guards offer Molina a ticket to freedom in exchange for Valentin’s secrets, and Molina is forced to choose between the lifelong love he has for his mother and the newly found adoration he has for Valentin. The web spins tighter and tighter around the two men, their core beliefs and the hope that tomorrow will bring to them freedom.

Artistic Director Johnny Hebda had no small feat in his decision to cast an all-male ensemble of individuals who could bring the triple threat: the ability to sing, dance and act. I applaud him not only in having accomplished this goal, but for the ways in which he portrayed femininity and queerness on stage. Though there are songs by the prisoners about wishing they had “big busty women” to love (“Over the Wall”), their presentations were almost always queer and coded as feminine: The ensemble was nearly always shirtless, and during dance numbers, they would sport costuming such as flashy accessories, black and red gloves and even large, rainbow sleeves during “Gimme Love.”

Utah Rep will take you through a whirlwind of two intermingling worlds, both of which are romantic at heart: They reach for the unattainable and hope that tomorrow will bring what each desires. Allow yourself to be captivated by a story with unexpected turns and twists, all the while enjoying music from a live band and talented cast. And be warned—the Spider Woman may be beautiful, but one kiss into temptation extinguishes a thousand more. Kiss of the Spider Woman shows until May 7 at the Sorenson Unity Center. You can purchase your tickets at utahrep.org.