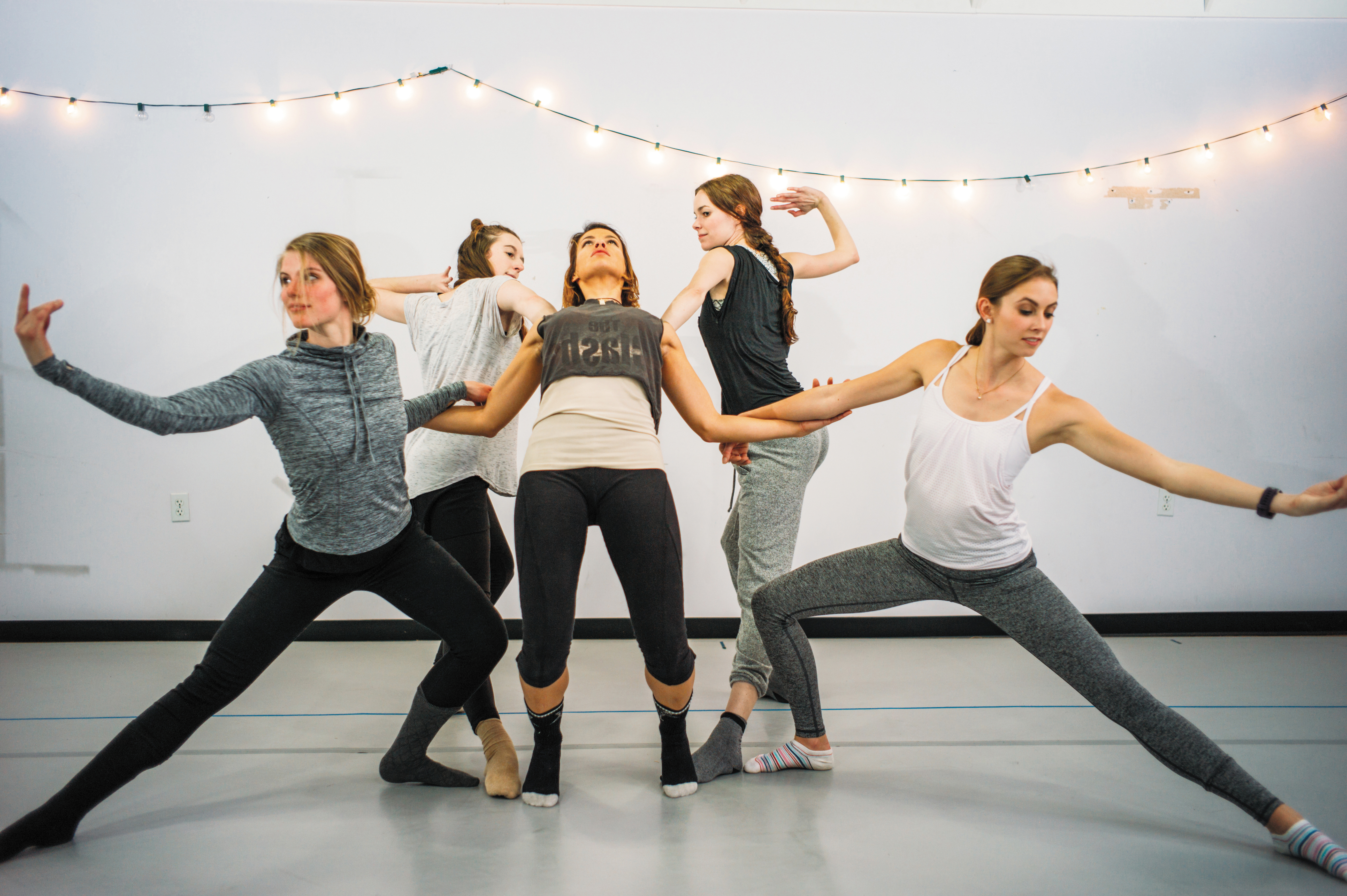 Ballet for the People: Municipal Ballet Co. Teams Up with Conquer Monster

Founder and owner of Salt Lake City’s Municipal Ballet Company, Director Sarah Longoria has built her life around changing people’s conceptions of ballet while simultaneously turning it into an accessible art form. “The company started as a way to bring ballet to people who wouldn’t normally seek out ballet or who might not go to see a ballet,” says Longoria. “We want to present ballet in a way that we believe people would enjoy.” The company’s upcoming show at the Urban Lounge on April 7 and 8, Metatransit, directly reflects this ideal. Known for collaborating with local musicians (previous performances have featured collaborations with Color Animal, Holy Water Buffalo and St. Bohème), the upcoming performance is a collaboration with local musicians Conquer Monster (Daniel Romero and Joshua Faulkner) and will feature unique, high-energy choreography set to the band’s Metatransit album. According to Longoria, this futuristic, dystopian-inspired performance will be unlike anything the company has ever done before.

Longoria has made it a point to ensure that the upcoming performance with Conquer Monster will be uniquely different from previous collaborations and performances. “I like for each performance to have its own feel, which is why we’re always changing venues and bands,” she says. “Although, a lot of the time, the dancers are the same and there are repeat choreographers.” There was never a question in Longoria’s mind as to whether or not she would use Salt Lake City–based dancers and choreographers; this is one aspect of the company that is non-negotiable. “It’s incredibly important to me to use local choreographers and dancers. I feel like there’s something to be said about art that’s created by your community and for your community. It makes it much more relatable.” Yet it is doing much more than just providing locally created art for Salt Lake City; the company is also filling a huge cultural void by providing new opportunities for local dancers, visual artists and musicians alike (the artists involved with Municipal Ballet Co. all live in Salt Lake City or a nearby community). “We’re making art for everyone who lives here, whether it’s for our friends, our families or people we see on the street,” says Longoria.

Longoria’s fondness for incorporating contemporary music into each performance overflows into the choreographic style of each performance as well—particularly for the company’s upcoming, all-female (for the first time) performance with Conquer Monster. “A lot of the choreographers that I asked to participate in this upcoming performance have more of a contemporary style of movement,” says Longoria, “and although this collaboration with Conquer Monster is still ballet-based and all the dancers are classically trained, this movement is definitely more contemporary than previous performances. It’s kind of a futuristic, sci-fi storyline that we’re following.” The futuristic vibe of the upcoming performance isn’t surprising, however, as Conquer Monster’s album Metatransit is actually the score to a dystopian, futuristic comic book story from Black Omen Comics (written by Joshua Oman, based on a story by Faulkner and Oman, illustrated by Chris Black).

The show’s atmosphere will be one of the company’s most kinetic—and potentially frenzied—performances to date. “It’s going to be really high-energy, and the video-glitch artist Tanner Hawkins will be projecting different things onstage throughout the performance,” says Longoria. “There’s going to be a lot going on in this performance.” As far as the audience’s involvement in the show, Longoria encourages audience members to become fully immersed. “I really like a rowdy audience; the dancers and the musicians feed off of the audience’s energy. Hopefully, the audience will be enjoying it all and will also feed off of the energy of the dance and music.”

The upcoming Urban Lounge performances will be the first time that a ballet has been performed at the venue. Working in this alternative space called for a creative setup, particularly in light of traditional ballet blocking. “The dancers will be on the stage, with the musicians off to the right. We’re going to provide chair seating on the dance floor but still offer room for people to stand around the seated area,” says Longoria. “Space plays a huge role in our performances. I’m very excited to be at the Urban Lounge and to be collaborating with these musicians there. I believe that this sci-fi ballet could draw in a whole new audience.”

The innovative choreography of Municipal Ballet Co., coupled with the pioneering music of Conquer Monster, is staged to result in one of the most inventive and inspirational performances to date from the group, with hopes of appealing to a broader audience that includes both fans of ballet and music alike. The result of this revolutionary collaboration will be unlike anything that’s ever been done in Salt Lake City before—and it’s certainly a performance to have on your radar this spring.

You can catch the futuristic collaboration featuring the choreography of Municipal Ballet Company and the sci-fi vibes of Conquer Monster on April 7 and 8 at Urban Lounge. Doors open at 6 p.m.