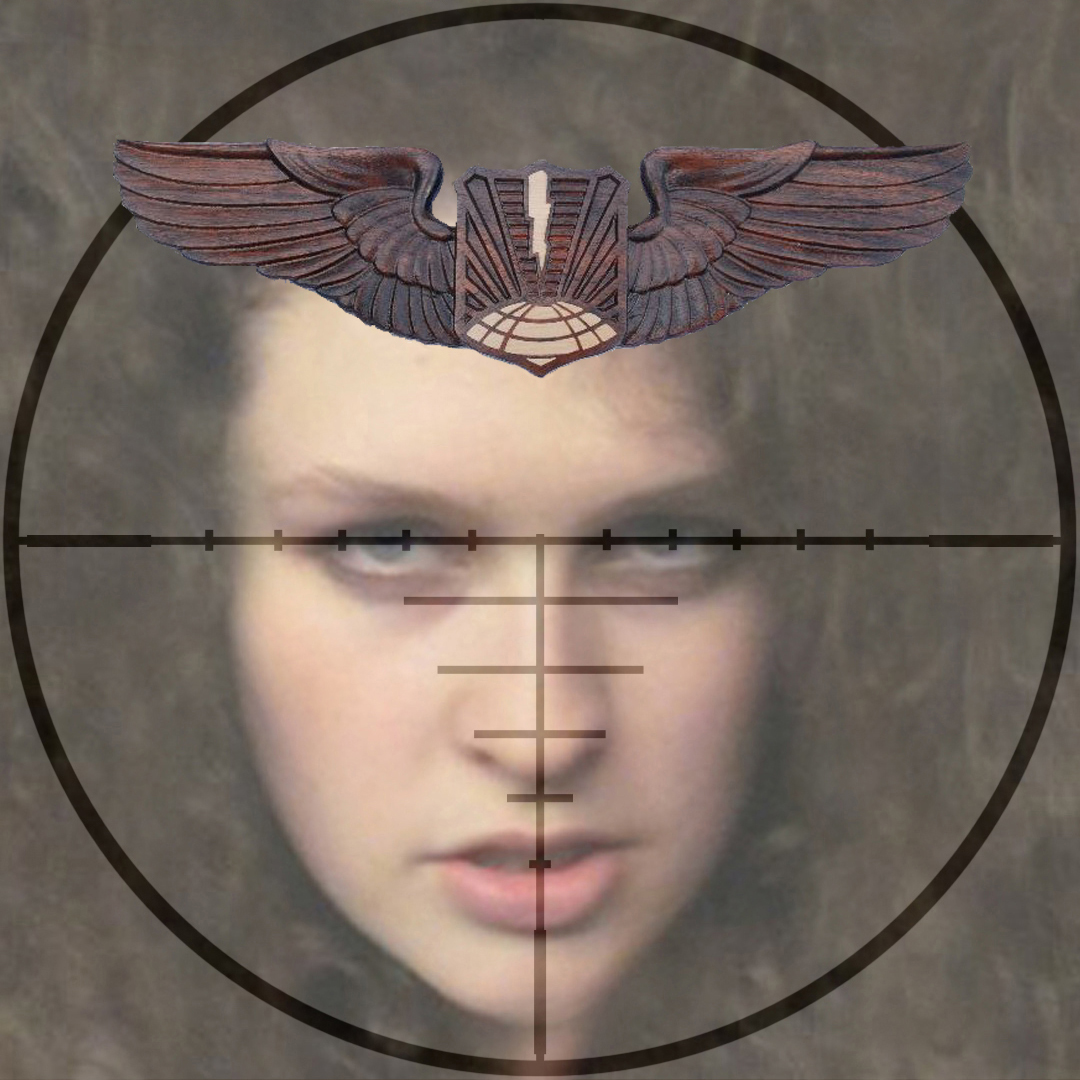 People Productions’ Grounded: Who is Watching You?

Having grown up right next to an Air Force base, I had many friends with family members who were active in the military. If there’s one thing I can tell you that I learned from those individuals, it’s that PTSD and war trauma are very real, and sometimes, it’s nearly impossible to distinguish the war zone from home life. In his one-woman play, Grounded, George Brant depicts the emotional exhaustion, paranoia and alienation that needless war can cause.

The pilot, played by Alison Lente, shares her story of going from being a topnotch F-16 fighter pilot to being pregnant, married and eventually demoted to the “Chairforce.” Brant’s play is filled with important color imagery: blue, representing the pilot’s freedom, the sky and her god-like power; pink representing home life and her daughter, Samantha. But the pilot can only go so long before the craving for the sky leads her to go back to duty—where she finds that her beloved plane, “Tiger,” has been replaced by a drone. Instead of watching the open sky, she now watches a grey screen, her daily mission to look out for individuals who may appear “guilty,” who usually have no other name than “military-aged men.” Sam and the drone keep the pilot away from her blue sky. “Being grounded is a pilot’s worst nightmare,” she tells the audience. For the majority of the play, this strong-willed, power-hungry pilot recounts her same, redundant routine—breakfast, drive to the desert, boredom at work, drive home, sleep—but one day, she is reminded of her old self: She has the power to kill unmercifully, even while sitting in a chair on a computer screen. She is a “god of the sky,” capable of destroying life with the click of a button. It may not be a bomb drop from a fighter plane, but the principle is the same: Kill the enemy. However, her god complex continues to grow as the old excitement of danger fills her life. “We protect and destroy you,” the pilot claims, as slowly, her uniform becomes less professional, her hair loosens more and more and her hands begin to constantly shake.

Lente portrays this role brilliantly. Cocky at first and full of life, she walks around the stage with an intense, masculine energy. But after months of being grounded due to pregnancy, then later stuck in a small trailer with only a gray screen to look at, she begins to lose her sanity day by day. The pilot is struck by the moments when, after bombing groups of men in the desert, she is required to “linger” on the screen until someone shows up to clean the mess. “We drone gods, we linger on what we’ve done,” she says. The pilot becomes paranoid about cameras and fears the people who might be watching her and her family at any moment, about the constant war that seems to never end. Lente displays signs of paranoia, not only through textual context, but also through speaking directly to audience members: “You are not safe.” Her hands shake, her voice is filled with emotion and I could almost see her child in her arms when she held Sam close to her body after an attack of PTSD. As the pilot loses control of her power, forced to be part of a team rather than make her own individual choices, we watch her losing control over herself, refusing to bathe or take off her Air Force uniform. “It’s the only thing that reminds me of who I am,” she says.

Grounded addresses some of the most serious, important questions in the military today. What is the difference between killing our “guilty” enemies and cold-blooded murder? When does reality and home life become separate and distant from the war zone? Do they ever separate? Why are military mothers expected to work in places where “the threat of death has been removed,” but men are allowed to stay in their comfortable, more challenging military positions? And to what extent are we, as Americans, taking care of our military with regard to PTSD, and how can we provide further services for individuals who struggle with trauma? People Production’s showing of Grounded, directed by Richard Scharine, is a play that will leave you questioning the “gods” in your life: Who is watching you on a daily basis? Who has control of your daily life? And how often does this endless killing—the kind that dismembers multiple people at the single press of a button—occur each day while we go about our routine schedules? This insightful production runs until Sunday, April 24 at the Sugar Space Arts Warehouse. Get your tickets soon and more information at peopleproductions.org.