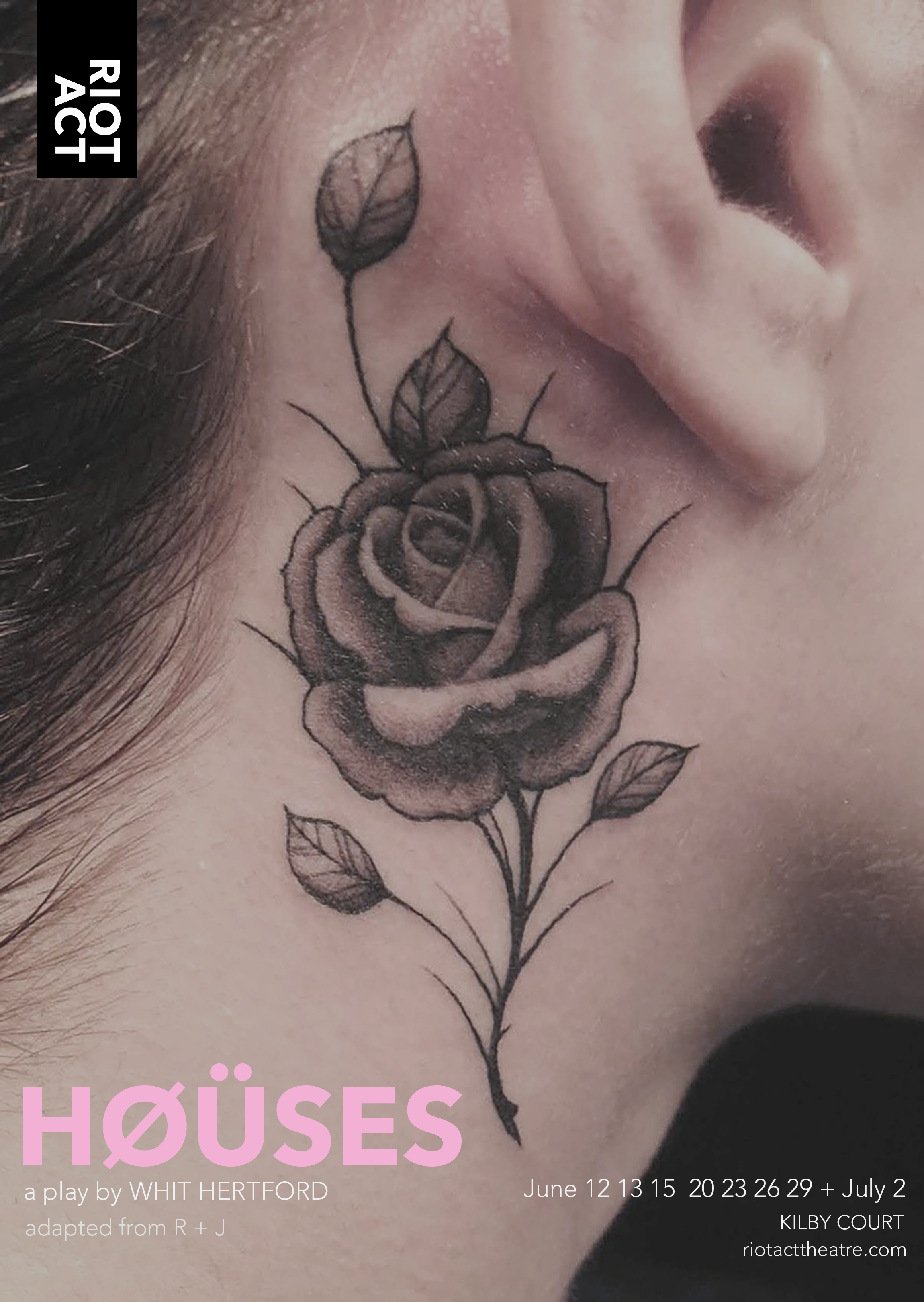 After their recent Utah premiere of Poor Bastard, London-based theatre company Riot Act is preparing to deliver to Salt Lake City yet another rebellious and evocative classic adaptation. This time, Riot Act is spicing up the Utah theatre scene with HØÜSES, a modern, LGBTQ+ version of Shakespeare’s Romeo and Juliet. Riot Act Artistic Director Whit Hertford aims to shake the cage of contemporary theatre while also offering a version of the classic love story that has yet to be produced in Utah. For starters, Riot Act isn’t scared of making people uncomfortable—rather, they intend to push the boundaries of the ‘normative’ in challenging, interesting ways. “Riot Act is currently a [nomadic] group that finds found locations and found spaces to produce in,” says Hertford, “which is both hard and thrilling.” Riot Act is known for reviving classical texts in rebellious ways. “Looking at classic plays, I feel like there is not just a need to revive them, but I’m clearly—I don’t even know if passionate is the word,” he says. “I’m insane! I’m insane that these texts can’t die.” Before adapting a play, Hertford asks himself three questions: Why this play? Why now? And why Riot Act? “If I can answer all of those well, then that’s the Litmus Test,” he says.

Romeo and Juliet is more than a favorite Shakespearean text of many—it’s iconic. But Hertford believes that the play is iconic for the wrong reasons. “I chose this play because I hate it,” he says. “What I mean by that is I’ve hated every version of it I’ve seen. I feel that the play is less of a love story and more of a sex, drugs and violence story.” The sex in this play, however, won’t be the typical love-at-first-sight romance that we normally get in productions of R&J; rather, it will incorporate awkwardness, real tension and the conflict both parties have regarding their “houses.” “It’s called HØÜSES because this is not about two families at war,” says Hertford. “It’s about two ideas of thought at war. Conservatism and liberalism. People okay with [queer identities] and people from a theological standpoint that God says, ‘No.’ I thought that was a much more interesting Romeo and Juliet.’”

Having the Capulet and Montague parents out of the picture, HØÜSES will strongly focus on the relationship between Romeo and Juliet, as well as the ideas that belong to their respective friend groups. Hertford’s theories and dramaturgical work on the text have also led him to make artistic changes to his script, including allowing audiences to meet the never-before-seen character Rosalind, as well as adding Benvolio into scenes where he previously didn’t exist. “In the original, Benvolio doesn’t come back because, what I think Shakespeare is trying to say is, Benvolio is the personification of truth,” says Hertford. “‘This is the truth, or let Benvolio die.’ So I thought, let’s bring Benvolio back.”

Hertford mentions that HØÜSES is a play riddled with queerness, particularly lesbian queerness. From a same-sex Romeo and Juliet to a non-binary Queen Mab to instances of drag culture, HØÜSES will be a prime play to see after the previous weekend’s Pride festivities. “The Romeo, Benvolio, Mercutio gang is out and loud and proud,” Hertford says. “Juliet comes from the Capulet world, which is highly conservative. So her, Rosalind and Tybalt—who is a woman as well—they’re all super straight-laced.” Not only are Romeo and Tybalt played by women, but all the characters, save Benvolio and the Friar, will be played by women.

Among these interesting artistic moves is the choice to host the production at none other than Kilby Court. “This is a 70-minute standing experience,” says Hertford, “and it’s truly immersive. The fight and deaths will happen in the street. The beginning masquerade is within the venue. And the bedroom will be in the atrium across the way, where we will be voyeuristically watching a sex scene through glass.” Audiences should prepare to be immersed into thrilling scenes throughout the entirety of the play. “It’ll be very ’90s club mixed with a bit of BBC Skins,” says Hertford. “That’s the idea.” At the end of the day, Riot Act’s mission is to share classic stories and bring forth thought-provoking conversations. “I want to share,” says Hertford. “I want to share and show that it’s okay to mess around with these stories. It’s an extension, but I’m still honoring the original work.”

Don’t miss the opening of HØÜSES on June 12 at Kilby Court at 8 p.m. Following shows will take place on June 13, 15, 20, 23, 26, 29 and July 2 at 8 p.m. Ticket prices for the opening night on June 12 are donation-based, allowing access to anyone who wishes to see the show. The following shows are priced at $19 for regular admission and $17 for students. HØÜSES is also an 18-plus show. For more information, visit riotacttheatre.co.uk.