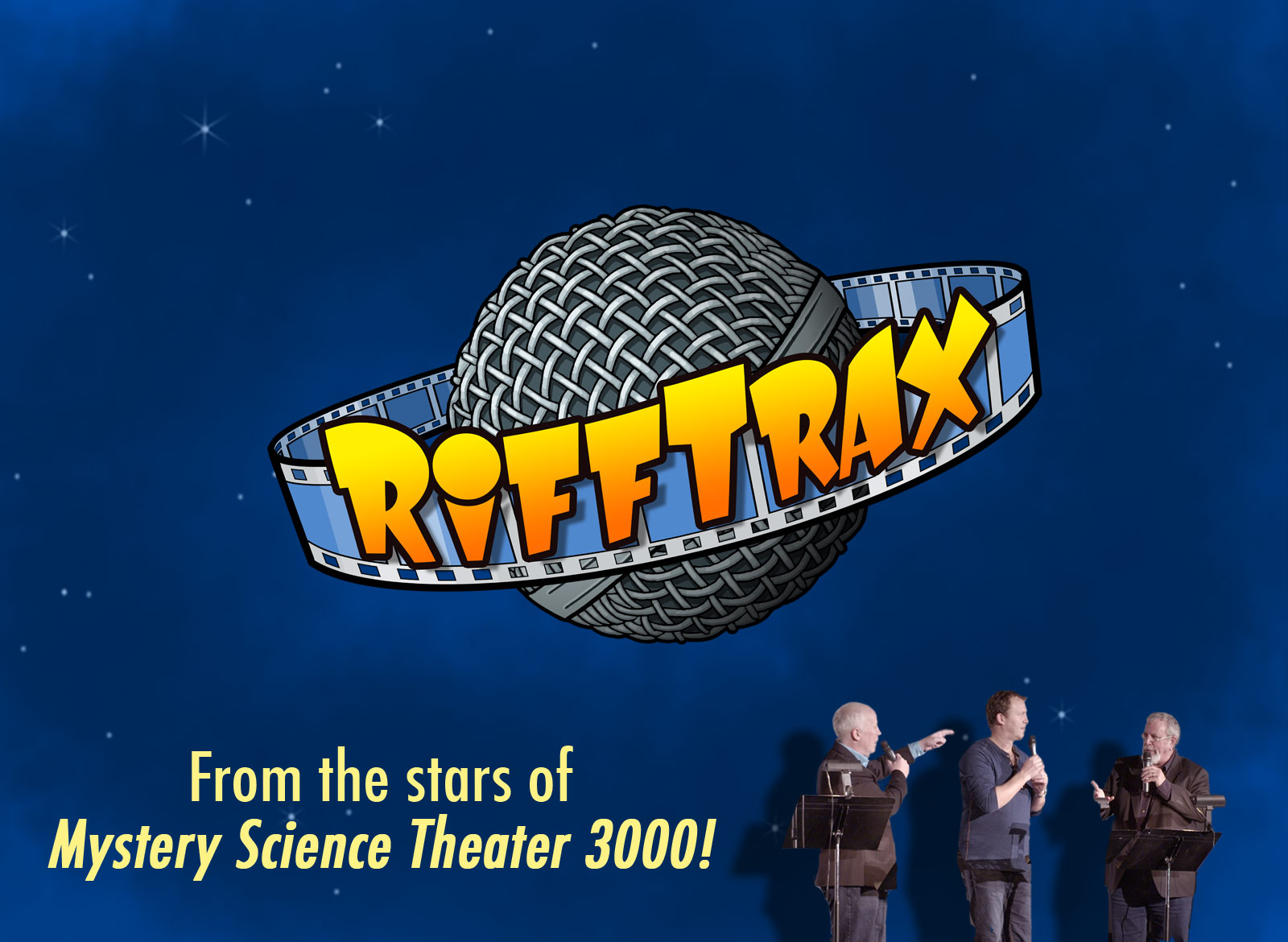 To fans of Mystery Science Theater, the closest we’ve had to recapturing the magic of the original series has been through the various members side projects, the most commercially successful of the bunch being Rifftrax, which records audio streams for you to play over popular movies that you watch at home. The trio of Bill Corbett, Kevin Murphy and Michael J. Nelson have crafted one of the best pop-culture humor experiences out of their former show and become cornerstones to the genre of riffing.

For those of you not aware, Rifftrax is where these three gentlemen pick a film and riff on it with jokes said over the primary soundtrack of the film. Not every joke lands as hard as you’d expect, but they do the trick in making even the most terrible film funny and the most awesome film even better.

So when the opportunity to see Rifftrax live comes about, you NEED to go check it out. Last week, the trio offered up a live streaming experience, broadcast to theaters across the country as they performed live at the Belcourt Theatre in Nashville to blast apart the horrific ’80s classic Miami Connection. As for myself, I snuggled up into the comfy chairs at Century 16 for the broadcast, watching fake trivia slides go by created by the show for theater viewers. Seeing jokes like “Movie Mistakes: Josh Gad” go by, I knew I was in for an awesome evening.

Rifftrax started off with a short educational film from the ’50s starring a milkman who could change into the mathematical superhero Measuring Man. Never before have you seen so many measuring utensils all dangling from his waist and waving around his crotch, all for a 12-year-old boy to learn about how measuring works.  For those of you unfamiliar with Miami Connection, it’s a low-budget kung-fu film about ninjas robbing from drug lords, while working with another gang headed by a guy who’s jealous of his sister seeing another dude in a band. That band happens to be made up of orphans who all play in the band together, live together, and practice kung fu together, often shirtless and carrying around towels—because, you know, the ’80s.

The trio of riffers tear the film apart for all its ridiculous plot points, slow-motion fighting, missed cues and odd choices made by the 40-year-old writer/director/lead actor Y.K. Kim. The biggest head scratcher saw him posing as a college student, hanging around a lot of other people who look nothing like college students, or even fighters of any kind. You’re essentially watching a grown man live out his greatest fantasy, and that’s being a backup guitarist who knows kung fu and somehow helps bring down the shadowy ninja clan plaguing the streets of Orlando. Yeah, that’s right, the film isn’t even in Miami. Because, you know, fuck continuity.

The best moment during Rifftrax was watching the character Jim receive a letter in the mail that his long lost father had been found, and in the highest pitch ever screaming “Oh My Goooood!” on the front lawn, only to be joined by the other orphaned boys in celebration. Because, you know, the ’80s.

I know I’m having an awesome time during one of the Rifftrax viewings when one of three things happens: I’m disappointed when its over, I never check my phone, and I laugh so hard I start getting dizzy. I was happy to realize all three happened at this viewing, and it made me want to come back for more. The film will be playing once again on the evening of Oct. 6 for those who didn’t have the chance to check it out. If you’re a fan of Rifftrax, or just riffing in general, it’s worth for the live performance experience of watching these three show the disconnect in the “connection.” Because, you know, humor!