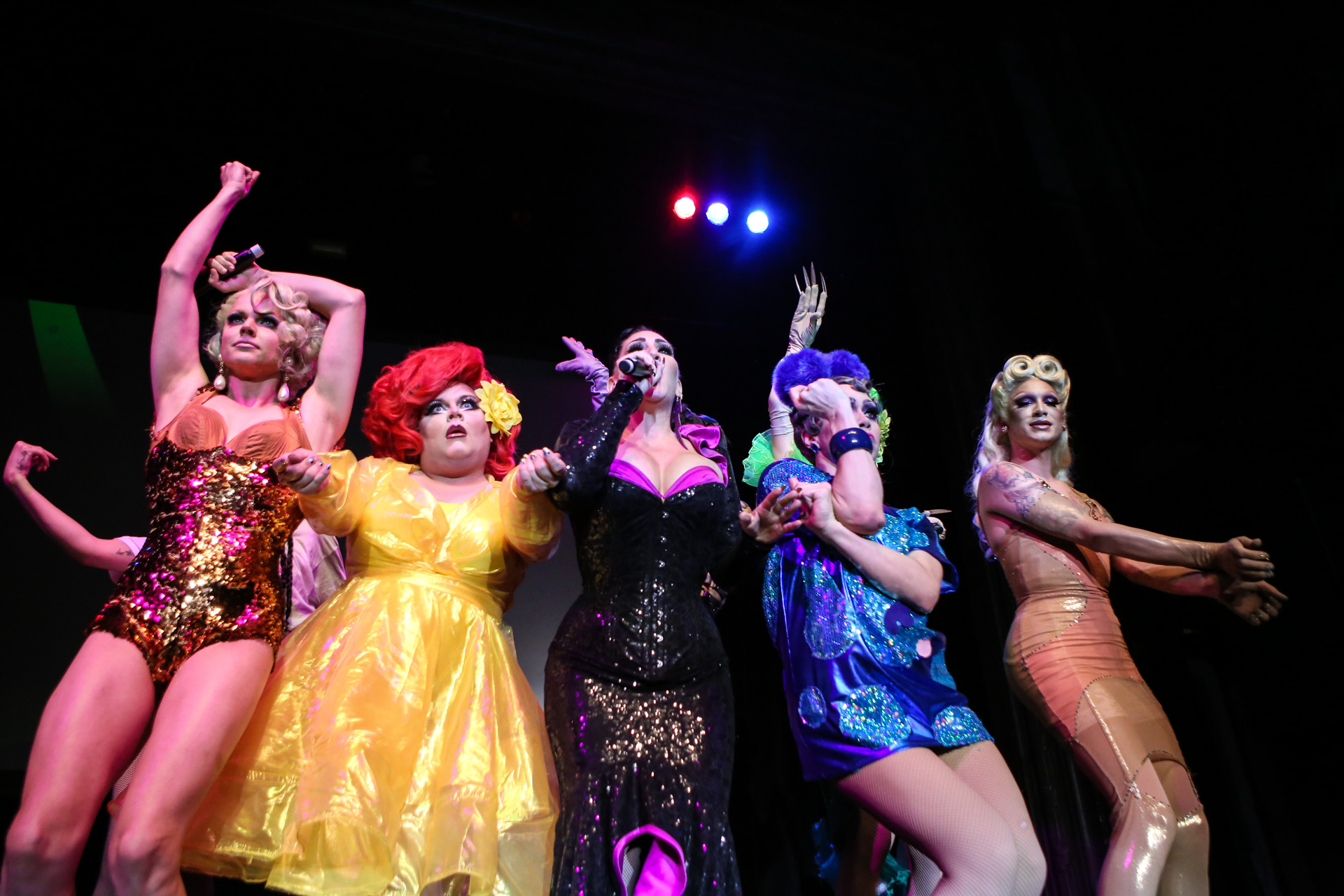 This Saturday, April 30, will be the third consecutive year of the RuPaul’s Drag Race: Battle of the Seasons 2016 Extravaganza Tour—here in Salt Lake City at The Depot! Battle of the Seasons will showcase some of the most beloved, glamorous and successful queens from each season of RuPaul’s Drag Race, hosted by Michelle Visage. This year, one of these stars is none other than the multi-talented Alaska Thunderfvck 5000. An alien diva from Glamtr0n who crashed in the state of Alaska in 1966, she’s been tearing apart the stage for years. Whether she’s serving an otherworldly look or singing from her album, Anus, Alaska’s impressive performances are something you’ll have to see to believe.

SLUG: When you first decided to perform in drag, what made you turn to (or perhaps, into) Alaska Thunderfvck?
AT: I was poor and sad and directionless in life. I did drag because it made me happy and then it ended up turning into a way of making extra money—so I kept doing it. It’s addictive—like a drug!

SLUG: Your backstory includes crash-landing on Earth after leaving your alien planet, Glamtr0n. What was life like on Glamtr0n?
AT: I can’t remember what life is like there—but it’s pretty!

SLUG: What does an average day in the life of Ms. Thunderfvck 5000 look like?
AT: She spends three hours getting ready. It only takes 20 minutes to do her makeup. The rest of the time is for douching.

SLUG: Your performances and aesthetic have been called “nontraditional drag” before, and many people (including myself) are in love with your alien-esque style What inspired you to take the nontraditional route with costume and makeup?
AT: I was inspired to first do drag because of the queens from Trannyshack in San Francisco. They had overly exaggerated makeup and hair, and always told a story through their performances—a story that usually involved fake blood or ‘other’ fake body fluids. I fell in love with their aesthetic, and it really inspires me still.

SLUG: In your opinion, what is the most important element of drag?
AT: I think the most important thing is the performance and what the artist brings to it. You can spend money and time on a very polished look that looks great on Instagram, but when it is a live audience all of different people you have to do something that grabs their attention and keeps it.

SLUG: Not only are you a killer Queen onstage—you’re a solo artist! Your album Anus has drag queens all over the country singing “Your Makeup is Terrible” and “Hieeee!” We’re dying to know: What’s in store for the future, musically?
AT: It’s a surprise.

SLUG: Now that you’ve competed on RuPaul’s Drag Race, how would you say the show changed or inspired you as an artist?
AT: It changed my life just as it changes everyone’s life who gets to be a part of it. It’s my favorite show, and it continues to inspire people everywhere. I hope it runs for 70 seasons.

SLUG: What do you hope to take away from the Battle of the Seasons tour, artistically and professionally?
AT: This tour is very much like being in the theatre. We have rehearsals and choreography and costumes. We take it from city to city. The road life aspects of BOTS are challenging, but so rewarding—I feel really at home in a tour bus for some reason.

SLUG: Where do you see yourself performing next?
AT: I’d like to go to Asia and the Middle East.

SLUG: Salt Lake City has a surprisingly large—and continually growing—number of drag performers. What is your advice for aspiring Queens here in SLC?
AT: Everyone does drag now. My advice for them: Retire!