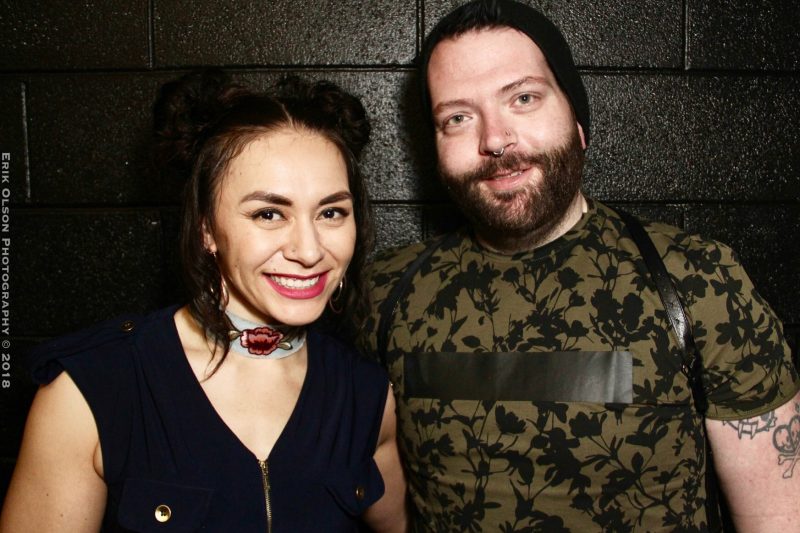 Ball culture has been an underground, counterculture community existing for decades. Founded primarily by Black and Latinx LGBTQ circles, ball culture was established as a way to competitively express art, fashion and dance. These house-music-driven balls are often notably held in urban hubs throughout the likes of Harlem, Chicago, Los Angeles and San Francisco, and now Salt Lake will be hosting its first major annual ball, SLAY SLC, on May 13 at Metro Music Hall.

Co-hosting the event will be Tia Aiono, waacking and dance Millennium Dance Complex instructor, along with nightlife enthusiast and manager/bartender of Metro, Michael Elliott. The two friends have combined their love for dance, SLC’s queer community and entertainment to bring a unique experience to the local scene. SLUG got the in-depth scoop on what to expect at SLAY SLC with the pair to get their take on Ball culture and what to look forward to at this premier event. 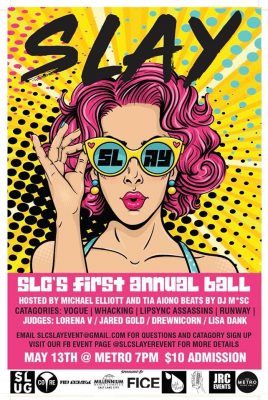 Dance styles like waacking and voguing are usually the focus of a ball. These dances are aggressive and exact, requiring a heavy amount of practice to perfect each pose. Aiono has been perfecting her waacking style since 2011, and has since shared her talents as an instructor in the Utah hip-hop dance community. When she was approached by Elliott to help create the event, Aiono says, “It was just perfect, magical-universe timing … Everything has lined up so perfectly, starting with the connection of Michael and I.” Elliott confirms her sentiments and agrees that each of their passions and interests fall in line with one another—that “the collision of worlds of dance, drag, fashion and the gay community has been an amazing combination, and [has been] so well-received.” The connection between the two has breathed new life into the underground communities of Salt Lake and brought out a score of new talent into the spotlight.

These competitions are designed to showcase people’s talents and abilities. It’s a night dedicated to individual competitors, trying to win over the judges, and snatch trophies or prizes for best talent in each category. A severe dance competition will be held in the categories for waacking and voguing, as well as a lip-sync battle. The night will also feature two runway fashion categories to be judged—Futuristic Streetwear and Coven Couture. Judging the event will be some local talents from within the queer community: Lisa Dank, Lorena V, Jared Gold and Drewnicorn. Prizes donated from local groups and businesses will go to the top competitors in each category.

Elliott says that the categories have been the “biggest driving forces in my own personal aesthetic. I wanted to see other people’s views and takes on those specific styles.” Aiono points out that waacking originated on the West Coast, and voguing, the East. “The two complement each other so well,” Aiono says. “They feed the same demographic.” It’ll be a good time experiencing a mix of both worlds, right here in our own “Small” Lake City.

Those who participate in the healthy competitive atmosphere of these types of balls also represent a sense of community—so it makes sense to learn and embrace that culture here in Salt Lake, where we also have a deep sense of community values. Elliott hopes this event will build a new sense of communal support for “not just the LGBT community … but also bring together the world of dance and fashion to create something new.” Both Elliott and Aiono hope to begin hosting workshops offered to all ages, as a way to learn about drag, fashion and music, and they also hope to hold the event annually or even bi-annually.  These two friends plan to create a real movement and a future for the ball culture in Salt Lake, further expanding SLC’s safe spaces for fostering creativity.

Whether you attend this event or are considering becoming a future participant/competitor, you can expect to be inspired. The looks that will be turned, and the music you’ll be presented (courtesy of Shawn Carley aka M*SC) will be provided by some of the best local artists. And when Salt Lake pulls its energy together, there’s no denying that energy is something seriously exciting. “Speaking for the dance community, we’re so ready for this. They’re pumped, they’re excited, and they’re ready to take their crowns,” Aiono says. She also admits that the hype has created a “surge of momentum” in local dancers to “up their game in their craft.” So come slay with us next week, support local artists and creatives, and be a part of the history!

SLAY SLC will start at Metro Music Hall at 7 p.m. on May 13 with a $10 admission fee. Be sure to get your tickets early cause you know you’re not missing this. Follow the event on Instagram @slcslayevent or their Facebook page here. Shoutout to the sponsors Fice, Bricks Gay Stuff/Carnal Enterprises, Core_UT, Millennium Dance Complex, Element Dance Center, Goldblood Collective, Koi Piercing, JRC Events, Pibs Exchange and many more! Come slay!