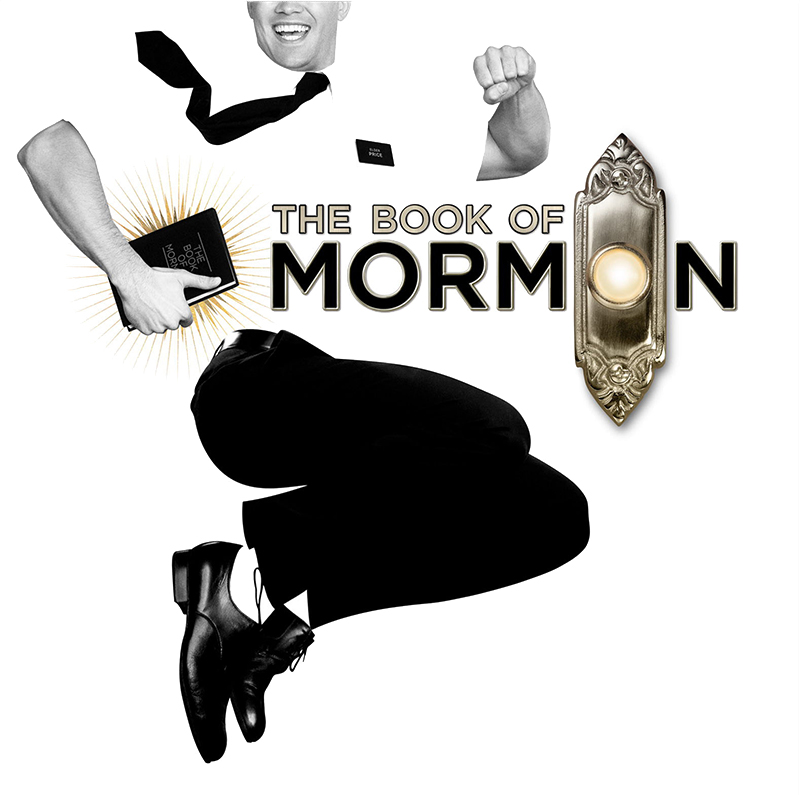 Hasa Diga, Offended People: This is The Place for The Book of Mormon

It’s been over four years since The Book of Mormon opened on Broadway. Four long, drawn-out, dry, laughless years. But the floodgates have been opened and the comedic rivers now runneth over through the “Sal Tlay Ka Siti” valley: The Book of Mormon is finally playing in Utah! If you haven’t seen it yet, there’s still hope: Though every show is sold out, a ticket lottery is held a few hours before each show at the Capitol Theatre. Lottery winners will pay only $26 per ticket, but know that it’s a cash-only situation if you’re going to try your luck.

For those of you late to the game, The Book of Mormon follows Mormon missionaries Elder Kevin Price (Billy Harrigan Tighe) and Elder Arnold Cunningham (A.J. Holmes) from the Missionary Training Center in Utah to Uganda, where they’ve been called to serve. Upon their arrival, all their dreams of bringing massive converts to the LDS faith are stolen away—along with their luggage, as they get mugged by militia from the Ugandan warlord, General Butt-Fucking Naked (Corey Jones) and find that the local villagers are far more concerned about real world dangers (AIDS, genital mutilation, being put to death by local butt-fucking warlords, etc.) than they are about religion. Elders Price and Cunningham lose further hope after meeting the other resident missionaries, who’ve had zero luck converting even a single person, but the reality of their situation fully sets in when, on their first trip out to proselytize, the General kills one of the villagers right in front of them. Elder Price decides to run away and attempt to get a transfer to his fantasy mission location: beautiful Orlando, Florida. Elder Cunningham, on the other hand, decides to “man up” and keep trying to teach the locals about the Mormon faith—the only trouble is he hasn’t actually read the Book of Mormon, so he decides to make up what he doesn’t know to make it more entertaining and applicable to the African people. After a “spooky Mormon hell dream,” Elder Price realizes the error of his ways and returns to find that Elder Cunningham is on the verge of converting a record number of people, though some of the other Elders are concerned that the potential converts won’t fully commit with General Butt-Fucking Naked still in control of the area—which causes Elder Price to believe that his true calling in Uganda is to convert the General himself. Will Elder Price be able to succeed in this calling? Will the people of Uganda convert to the Mormon faith? Will Elder Cunningham’s mistruths (i.e. lies) catch up with him? This is one musical you absolutely need to see to believe. There’s a reason The Book of Mormon swept the Tonys—winning nine of the 14 it was nominated for—and it’s hands down the funniest thing this critic has ever seen on stage.

Given my own personal history with the Mormon church—I was raised LDS, but parted ways with the religion for a variety of reasons shortly before I would have ended up going out on my own Mormon mission—I found the content to be greatly relatable, but even non-Mormons or non-ex-Mormons will find a little of themselves within The Book of Mormon. The struggles that Elder Price and Cunningham experience with their own faith are battles that a person from any religion may wrestle with. The hardships experienced by the Ugandans express how no religion will ever be capable of fixing all of our problems; it’s the relationships that we build with those around us that truly creates the changes in our lives. Mormonism is the focus for this musical, but the ideals and principles laid out in the story and songs translate across the board (no Urim and/or Thummim needed).

Sure, there’s plenty of offensive content. It was, after all, written by the trio of Trey Parker and Matt Stone of South Park and Team America: World Police fame, along with Robert Lopez, who makes up half of the creative team behind the adorable-yet-filthy Muppet-based musical Avenue Q. There’s swears and arguably racist portrayals of Africans and violence and real-life problems and Jesus Christ calls one of the characters a dick—but it all has a point. Nothing within The Book of Mormon is offensive just to be offensive—though plenty of people have and will be offended by the musical—it all comes down to being nice to others and helping each other and treating those around us as they would like to be treated. I can’t recommend seeing this musical highly enough, but watch it objectively and with an open mind. Tomorrow is a Latter Day, brothers and sisters. Let’s work together and make it a day that we can all enjoy—and remember, some people still have maggots in their scrotums.