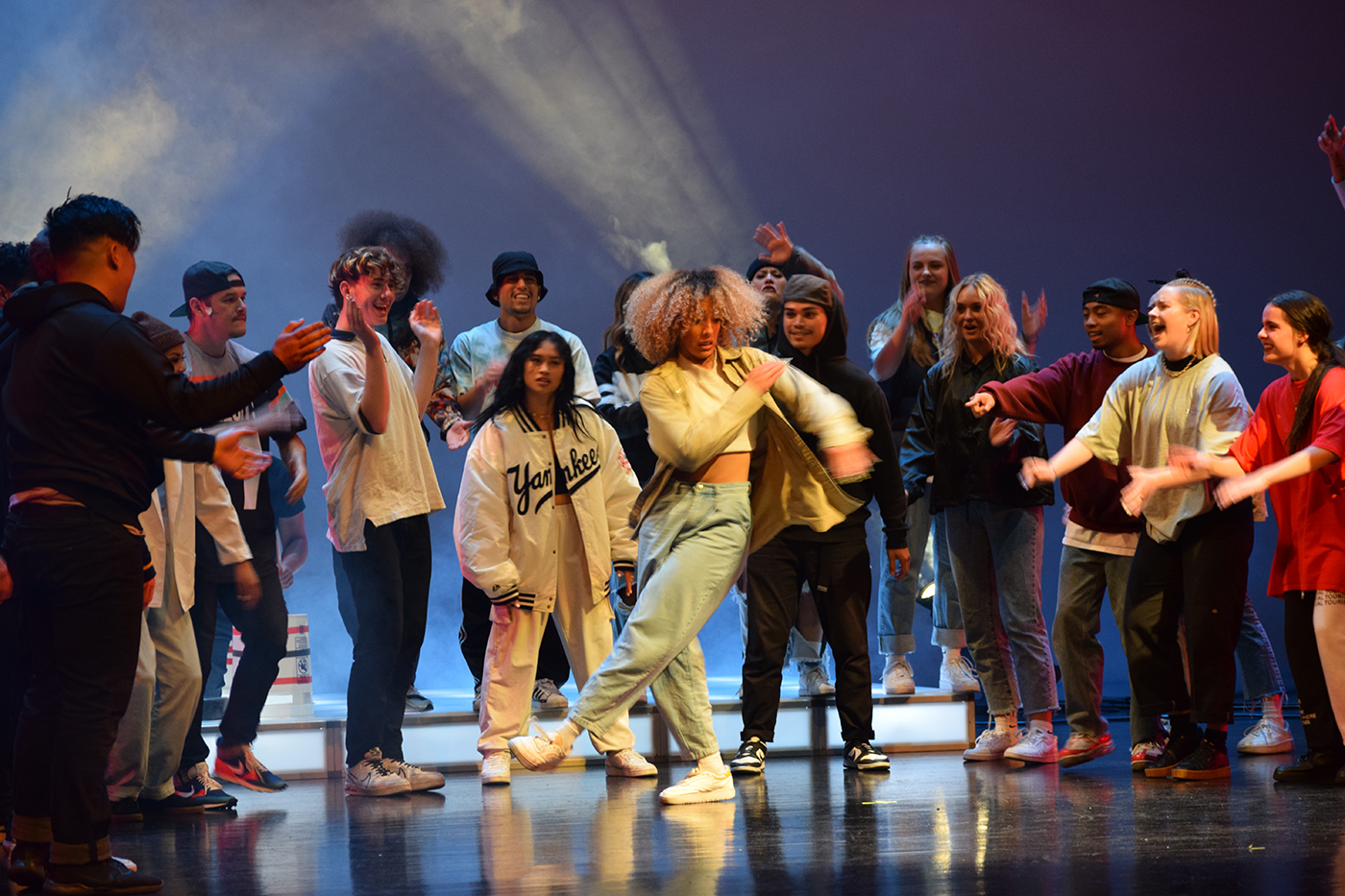 They Reminisce: A Retrospective on Hip-Hop Culture

Hip-hop is my favorite music genre and was a fundamental aspect of my childhood. The sounds of Kanye West coming from my uncle’s attic room, wafting through the air like homemade cookies was a comfort and a constant. With all this in mind, I walked through the revolving doors of the Rose Wagner Performing Arts Center on Saturday, Sept. 25th and was astounded at what I saw: A lobby filled to the brim with patrons; a mother was taking a picture of her young son “freezing,” a common b-boy move, in front of the They Reminisce backdrop. I smiled and continued to my seat.

The hip-hop genre has humble roots in the Bronx borough of New York City in the late 1960s. In those last 60 or so years, hip-hop has successfully penetrated all aspects of popular culture, from dedicated radio stations to television shows and music festivals. However, over the last four decades, it has gained further prominence as an integral, important subculture, accepting toward the new generation and their individual experiences.

1520 Arts is a nonprofit organization that showcases hip-hop as a viable path to success and lends itself to catering to the needs of the community as they navigate the culture and themselves as up-and-coming performers and hip-hop heads. 1520 Arts has put on shows all around Utah so they’re no rookies when it comes to putting on a show. Those that are in love with the art and culture of hip-hop find themselves in a position of constant personal growth and the best way to achieve that is to look back and learn from those that came before you. They Reminisce is a fine balance of dance performance and narrative play that features a crew of dancers named SCR who are trying make a name for themselves in the world of hip-hop. There is a dance competition called “The Show” that SCR wants to win but they must level up their dancing first.

The story of They Reminisce is delivered through sets of preliminary photographs that were projected on a big screen against the back wall of the stage. Joshua Perkins leads us through the ‘80s and ‘90s by describing key figures and moments in hip-hop history. SCR, ushered in by Samnang Heng, is presented in a comic book fashion with speech bubbles exclaiming excitement or voicing doubt. These visuals aided Perkins’ commentary as he explained the prominence of DJ Kool Herc and rappers like The Sugarhill Gang. When Perkins describes events in the story of Heng and SCR, a photo of the dancers appears behind him, further involving us in the story.

This method of storytelling brings the audience updates on SCR and their journey through self-discovery but it isn’t the only method in They Reminisce. Perhaps the most vital aspect of the performance lies in the dancing and music. There are eight choreographed dance numbers, from “Breakin’” to “Popping” and the finale of SCR going against two other teams, Junction and BKZ, in “The Show.” I was amazed at the fluidity and ability of these dancers. As someone in the audience, I could tell that they were truly in love with the craft. The skill that they displayed made the moves look so easy that I felt that I could start breaking in the parking lot but—fortunately—I didn’t attempt to do so.

DJ Lamp Shady and Sam-Eye-Am were behind the music that the young dancers were popping and locking to on that Saturday evening. Mixing music isn’t something that you turn a blind eye to when it comes to hip-hop history. Perkins attests to this in his segment on “Turntablism,” providing insight into the work that went into making these mixes and new music altogether.

“Perhaps the most vital aspect of the performance lies in the dancing and music.”

Another aspect of hip-hop history that They Reminisce brings to the forefront is the fashion of the ‘80s and ‘90s. The dancers were decked out in Adidas, Fila and Nikes, topping it all off with Kangol-like bucket hats. A characteristic of ‘80s clothing that seeped into hip-hop is fluorescents and outlandish patterns. Some members of the dance crew wore sweatpants with every inch of the fabric covered in alternating patterns and colors. The long silhouettes of the ’90s incorporating oversized white tees and dungarees were present in They Reminisce, as well. While viewing, it becomes obvious to the viewer that no ingredient to the hip-hop historical cocktail was forgotten in the show’s creation.

They Reminisce is an apparent labor of love which pays respects to both the past and the future. The magnificence of this show is that it isn’t just made for hip-hop heads or those who even moderately enjoy the culture—it’s made for everyone, as the show has a bit of everything from the most important facets of hip-hop.

Keep an eye on 1520arts.org for future events all around the valley.