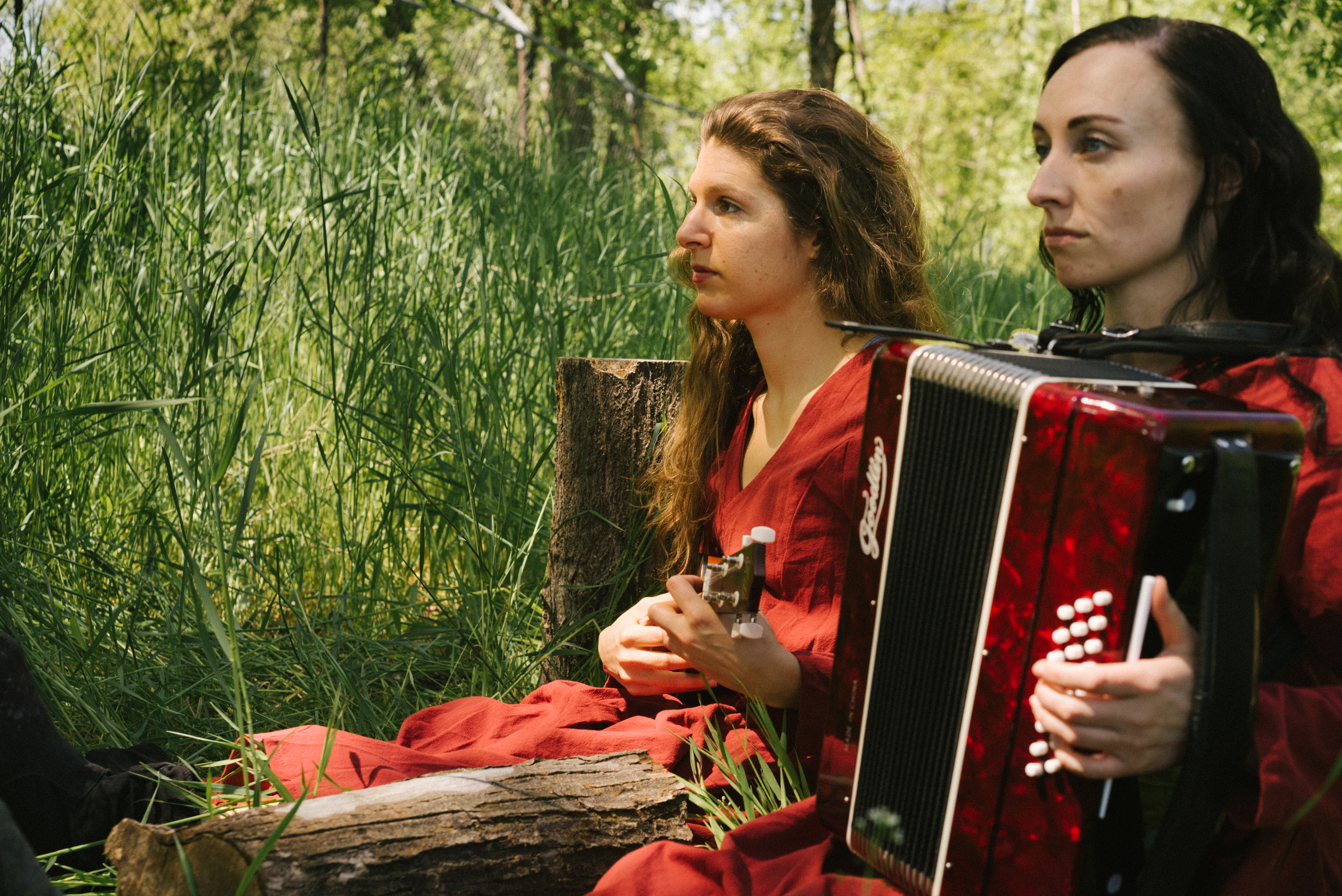 there were trees @ Three Creeks Confluence 05.25

In collaboration with Seven Canyons Trust, loveDANCEmore has produced a summer series of performances described on their website as “dance and ecology meet in a summer performance series celebrating the Jordan River.” The first performance of this summer series entitled there were trees took off last Thursday, May 25. The work was performed at Three Creeks Confluence, which is a wooded area right next to the Jordan River with three Utah creeks running under it. The first placement of audience chairs faced the river, within view of the sun sliding down the horizon. Students from University Neighborhood Partner’s Hartland Partnership Center program for youth theatre, and REFUGES after-school program at the UU Center for Science and Math Education opened the show. Then, in a new scene, the audience rotated their chairs and Carly Schaub and Allison Shir of DanceBand BandDance performed their new work, there were trees.

The performance space, confined by trees, a fence and an audience, appears vast with never-ending, newfound details. Many tree stumps are randomly scattered, tin cans with strings hang from branches and small papers with handwritten passages on them hang about, or are stuck to stumps. As the piece begins, pairs of legs with boots gradually rise from the ground behind a couple of stumps, and a melody develops at about the same, heavy pace. Schaub is on the accordion, and Shir, the ukulele. Their legs begin to sway, and as more movement develops, their voices come in. Their first song references the stumps that surround them. They sing about ghosts of trees, and the accumulation and gradual development of sounds in their first song matches the small bounce of the dance. The piece’s introduction of contrasting tones of voice, instrument and qualities of movement had a clear mission among the stumps that drew me into their world.

The piece contains sections of original songs, covers and recordings of artists John Donne, Joseph Kosma and Jacques Prevert, Henry Purcell and Band of Horses. The duo creates effortless transitions between song and dance and then dance and song, which is exactly like their name, DanceBand BandDance. The structure of the work and the quality of performance from Schaub and Shir achieves these effortless transitions between sections that always lead to occupancy of new spots in the scene and new instruments, sounds and ideas, all in one journey. After the first song, Schaub gently drops out of playing and explores more spaces on, over and between the stumps. Their relationship to each other, the set, lyrics and whimsical tonality quickly become inviting. Schaub then surprisingly pulls a miniature piano from behind one of the stumps. Each section, or song, elicits novelty and some aspect of unexpected satisfaction. Later, Shir travels to the tree that is close in proximity to the audience. Shir appears to be reading text from the tree that informs her movement. Her voice is direct, like what’s on that tree is important and must be claimed, and with the movement a new cadence sweeps its way into the performance. This section is all in connection to Schaub’s mini-piano-playing that eventually includes kazoo playing as well. Shir completes her section by the tree by collapsing onto a moss patch near Schaub. Finishing up the tune, Schaub places the lid of the piano in Shir’s fingertips and begins strumming the high-pitched strings of the mini piano. The sound of the device is quite minimal at first, as DanceBand BandDance doesn’t shy away from filling out the whole range of volume available in this area.

Schaub pulls out a long, deep red jacket that flows with her movement in stark contrast to the earth-toned set. Seamlessly, Shir gains a red cloak as well. This section differs from all the others yet makes sense for their journey. It becomes the climax of the work as they perform isolated movements either in unison or in definitive patterns specific to each moment. The dancing keeps up a rhythmical base and becomes reminiscent of folk dance as it advances down an aisle through the audience and recedes back to the stumps. There’s a certain amount of repetition in the dimensions of space between them as they continually circle each other, which reminds me of the structure of a partnered social dance. However, the deep-red flowing attire worn in the woods—along with the variety of instruments, song and dance—transcended that concert. All of the noticeable details were just one addition to the larger world that is there were trees.

After dances and songs full of many oddly detailed instances, a record player and myriad instruments, the piece closes similarly to how it begins. Both performers drop the last song by Band of Horses strum by strum on the ukelele and hum by hum on the accordion, and their legs rise above the stumps and sway side to side. there were trees provokes wonder. It is a twist on the intangible playfulness and lucidity that sound and dance can produce. For more information on the next parts of the series brought to Salt Lake City by loveDANCEmore and Seven Canyons Trust visit lovedancemore.org/summer-series.