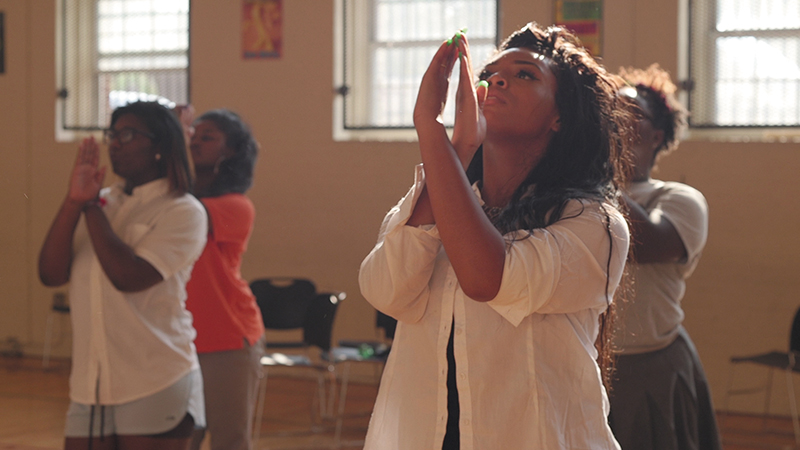 Stepping Up: How the Utah Film Center Helps Turn Dreams into Reality

Filmmaker Orson Welles once said that his life was “95-percent running around trying to raise money to make movies, and five percent actually making them.” It puts things in perspective for our present day filmmakers. If one of the most revered artists in the history of cinema spent most of his time trolling the studio circuit for the funds to turn his ideas into reality, how does a first-time filmmaker stand a chance? Pitching Hollywood movie studios has become even less of an option for up-and-coming filmmakers, and taking the indie-film route essentially means that directors have to assume the responsibilities of marketing and fundraising themselves—which is fine if they don’t need to eat, sleep or maintain personal relationships. Many artists have successfully financed projects through crowdsourcing sites like Kickstarter and GoFundMe, but it’s also easy for them to get lost in the sheer volume of artists who are looking for financial backing.

In an effort to help new talent with their financial needs, the Utah Film Center pioneered the Fiscal Sponsorship Program, which helps promote cinema’s new blood while giving fans of cinema the ability to contribute financially. Pioneered by Film Center co-founder Geralyn Dreyfous during the 2008 recession, the Fiscal Sponsorship Program was initially created as an alternate source of revenue for the Film Center. “It also gave us an opportunity to build upon our mission and provide a support service to artists and independent filmmakers,” Dreyfous says.

Today, the Fiscal Sponsorship Program functions like a socially responsible, cinema-focused version of Kickstarter. Once a project is accepted into the program, the film can take advantage of the Film Center’s role as a 501(c)(3) nonprofit, making it easier for donors to contribute directly to the project of their choice. “Many foundations and large donors require grant applicants to be 501(c)(3) nonprofits, and, unfortunately, obtaining this status is time-consuming and labor-intensive,” Dreyfous says. “Approved film projects are eligible to use the Film Center’s nonprofit status rather than establishing their own.”  Because of the Film Center’s nonprofit status, a donation to any of the films currently participating in the program is tax-deductible—another decided benefit that Kickstarter doesn’t offer.

One of the program’s success stories is Amanda Lipitz’s documentary STEP. The film was funded with help from the Fiscal Sponsorship Program, and it was accepted to the 2017 Sundance Film Festival. “STEP is a great example of a film that has received funding through sources that required a nonprofit organization to accept the funds,” Dreyfous says. “The film will cross over the noise and cynicism and find a way into the hearts and minds of anyone who believes in the combination of hard work, discipline, consequences and imagination—watch the trailer, and I dare you not to want to give $10, $100 or $1,000.”

Lipitz got her start developing musicals on Broadway, but as she saw the story of an all-girl step team at the Baltimore Leadership School for Young Women develop over the course of a few years, she knew that she had a documentary on her hands. “The team attracted everyone from the valedictorian to the girl with the lowest GPA,” Lipitz says. “It follows them through their senior year and through the relationship with the women in their lives—it really takes a village to get these girls ready for college.” During STEP’s preproduction, the controversial death of Freddie Gray after being detained by Baltimore police brought Lipitz’s hometown into the media limelight surrounding other acts of violence involving law enforcement. “I watched Baltimore get dragged through the mud in the media and it was very upsetting to me because I knew that great things were also happening in Baltimore,” Lipitz says. “I had to make this film.”

With the help of the Fiscal Sponsorship Program, Lipitz was able to finance STEP and submit it to Sundance. “I feel incredibly fortunate that our trailer got into the hands of the right people—specifically Geralyn Dreyfous, who is an unbelievable superwoman,” Lipitz says. “She just loved the film and wanted to help. I really owe it all to Geralyn—she even arranged for all the girls to come out for the premiere.”

According to Lipitz, once a film is accepted to the Fiscal Sponsorship Program, the Film Center really takes it under wing. “I think that the ease of working with them as a filmmaker and how easy it is for donors to work with them is the best part of the process,” Lipitz says. “They’re really involved in the films that they sponsor, and they’re great at matching up donors who believe in the cause of each film.”

As far as tips on getting accepted into the Fiscal Sponsorship Program, Liptiz offered a bit of advice that she once received from a fellow documentarian: “Just start shooting,” she says. “Just go and start.”

STEP will premiere at the 2017 Sundance Film Festival in Park City, which runs from Jan. 19 to Jan. 29. Visit amandalipitzproductions.com, sundance.org and utahfilmcenter.org for more information.