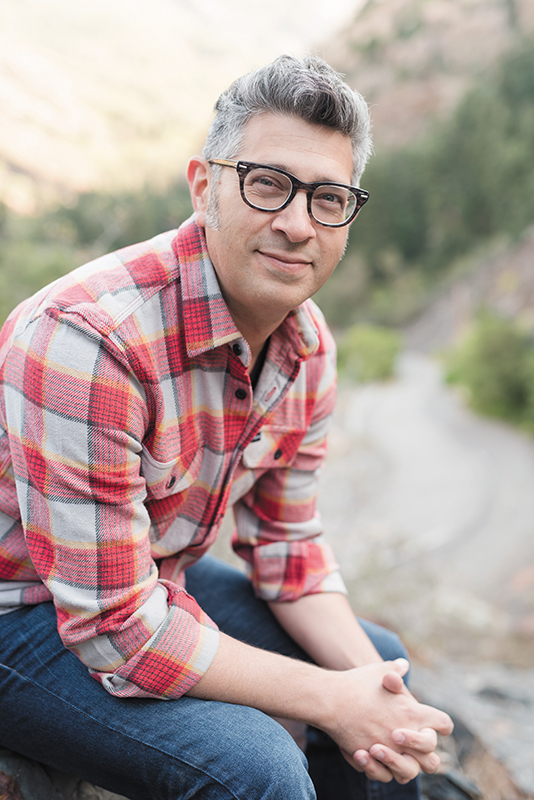 Perhaps we are all familiar with that moment of pause. It’s that moment when you recall that the story blooming word by word in front of you is just a construction. This pause is what author and University of Utah professor Michael Mejia is fixated on and pries open to plumb in his second novel, Tokyo. Mejia draws us in with the slightly absurd and ponderous tale of Japanese salaryman Ito Sadohara, whose usual task of overseeing a large tuna distributing company is disrupted by the recent rift between himself, his wife and a mysterious discovery within the depths of the slit-open tuna fish he buys and sells. Based off his earlier short story, “The Report of Ito Sadohara,” this first part is only the beginning of Tokyo. Later, characters recede into mere initials, their identities, genders and relations to one another blurring beyond capture. One self-aware character, “S,” says predictively near the beginning, “This is a place … where it goes without saying that the rational is merely one system among others.” 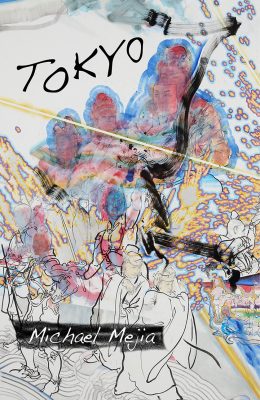 The bulk of the book is full of these cryptic voices and corresponding imagery because Mejia was specifically working to give voice and narrative to the actual research he’d done for “The Report of Ito Sadohara.” Mejia describes the work that led up to the novel as appropriative, not only of culture but of process. After assigning his students to write a short work using only words from other works, he realized that their own writing voices completely disappeared. Feeling stuck with his own writing process, he began experimenting with this appropriation process, and from it came the roots of Tokyo. He constructed lists of words from his randomly selected texts, drawing puzzling, visceral phrases that led him new places. “I think the strangeness of the texts I started creating in that way are very clear in the ways this novel developed,” Mejia says. “Its language, its rhythms, some of that comes from the work that I appropriated, but a lot of that is stuff I created myself. Doing that appropriation work transformed how I think about the sentence and the image and the narrative in general.”

After writing “The Report of Ito Sadohara,” Mejia realized that he was increasingly interested in the process of making work and then reviewing the process that went into making that work. “I felt that telling a straightforward story in the way that I was trying to do in that first section [‘The Report of Ito Sadohara’] felt a little fraudulent,” he says. “I knew I was putting on a mask, a costume. What I really wanted to talk about was how I got to that point, the process of making the costume, and putting it on, and why I was even doing it. I think the short works I was working on in between the two novels were moving increasingly toward creating process-oriented fiction that were not about trying to create a smooth fictional façade, but actually turning the mask inside out, letting us see the drips of paint. That seemed to be a more interesting subject to me, ultimately.”

Mejia also began questioning why he had initially assumed a Japanese perspective in “The Report,” questioning what he assumed to be authentic, and the distance between that assumption and what a Japanese person might consider to be truly authentic. “That became the subject of this book,” he says, “how to get at both the impulse to recreate another’s voice—in a way that was thinking responsibly about it—and how I could address my impulse to do that [in a way] that honestly reflected on my inability to reproduce that voice, but also to authentically honor the impulse I had to be in that culture.” This impulse probably stems from the fact that Japanese aesthetics have affected Mejia’s writing long before he started writing about Tokyo. He grew up in California, surrounded by Japanese-American peers and their heritage, and tagged along to Japanese films with his parents, always captivated by the performative qualities in everything from samurai films to Kabuki.

While reading Tokyo, one is left with question after question as the text carries on with its swirl of imagery and compelling characters. Mejia wants readers to embrace this, though: “I do want the reader to surrender to the book and, in a sense, to live with these questions, which are the same questions that the book is asking: ‘Who is M?’ ‘Who is S?’ ‘What do these desires mean?’ Where do they lead?’” He wants his readers to follow his lead in questioning how they think about Japan and asserts that this questioning could be expanded to other things, such as our desires. He says, “Sometimes I think it’s just good to look in the mirror, to think about where our interests are coming from and how they drive us.” In addition to being so challenging and visceral, Tokyo is rewarding and responsible in that its form is all about process and awareness—of readership, authorship and culture. The novel is being published by Utah publisher FC2, longtime home to similarly experimental works. If you’re up for a book that upends what a story usually looks like, find Michael Mejia’s Tokyo March 2018. Check fc2.org and uapress.ua.edu for upcoming publication details.