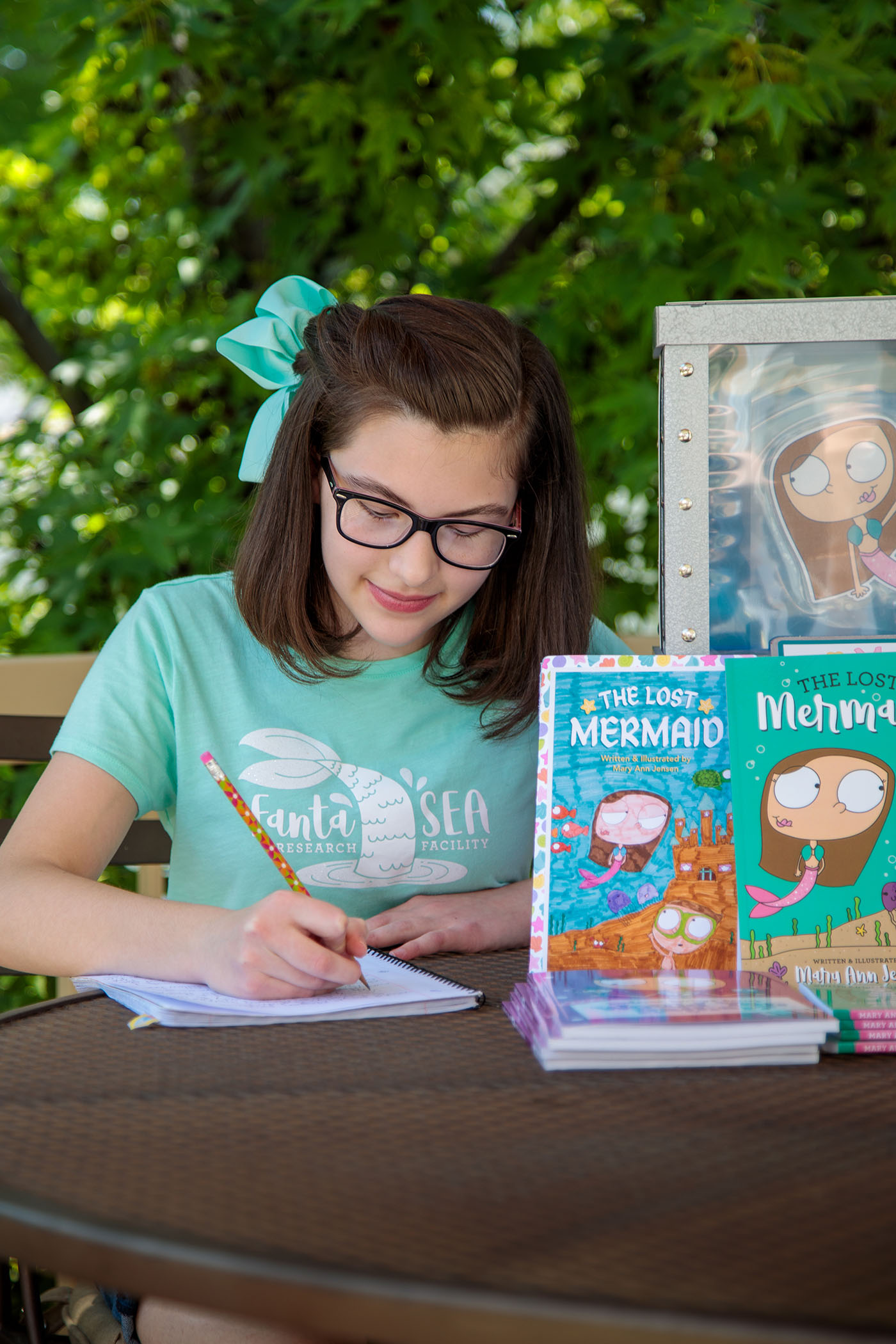 After outgrowing her first book, The Lost Mermaid, Mary Ann Jensen spent the proceeds from sales of her second book on a new bicycle. Now, bike rides around her neighborhood help jumpstart Jensen’s imagination to deliver fresh ideas for new stories. This is the mark of a dedicated imaginist: When an idea leads to success, creatives like Jensen invest that success back into the pursuit of more creativity.

During this year’s Craft Lake City Virtual DIY Festival, Jensen is offering three books for sale. The first, entitled The Lost Mermaid, is a 63-page paperback written and illustrated by Jensen. The first copies of the book were printed at Jensen’s home so that she could give them away to friends as gifts. After a great response from her friends, and a suggestion from her grandmother that the book should be published, The Lost Mermaid became Jensen’s first published work, just in time for her 12th birthday.

Jensen’s current project is the Sundance Springs Series, a multi-book saga about a group of six girls who find themselves cast into fun and unexpected adventures. “I love when friends in books work together and make each other stronger,” says Jensen, “I almost feel like my characters have my back.” Each book in the series will focus on the perspective of a one of the members of the core group. The first two books in the series, Would You Rather? and M.A.S.H., will be available for purchase during the festival.

As a writer and reader, Jensen pursues stories that “all come together in ways that you didn’t expect.” She enjoys crafting the setting and dialogue with equal enthusiasm, and prefers to draw illustrations after the story is written.

Jensen wants her books to find their way into the hands of as many kids as possible, with the hope that others become inspired to share their own stories and artwork. With this objective, Jensen keeps working, well-equipped with a keyboard and a bike.