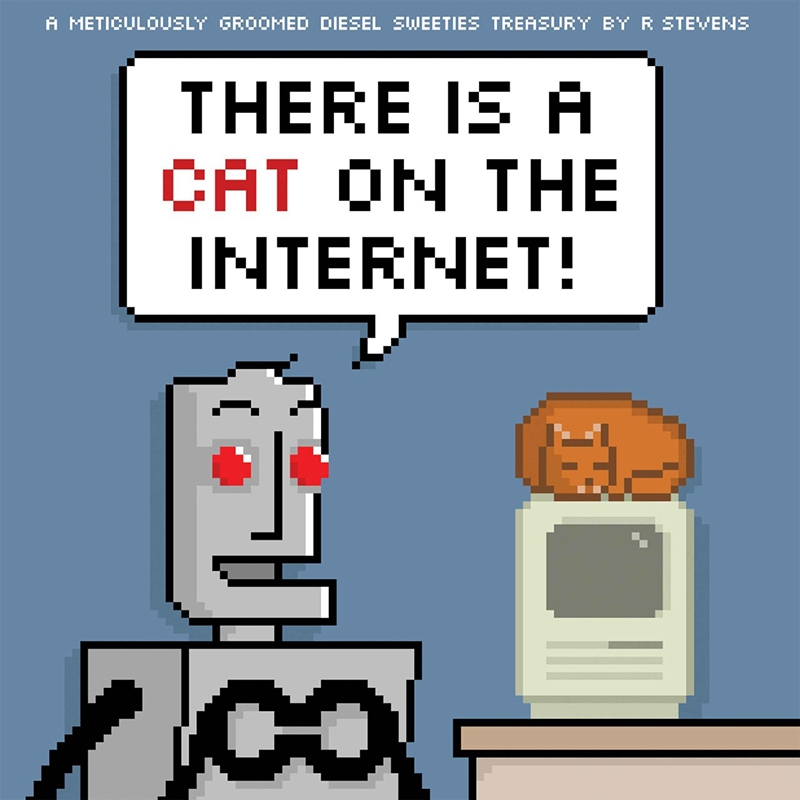 Bravest Warriors: Volume 3
Pendleton Ward
Boom! Studios
08.20.14
This is an adult-themed comic, but it’s wrapped in children’s imagery. Your kids can read it, you can read it, and you’ll get all the jokes while they’ll only get a few. The art is in the same vein as Adventure Time and Regular Show, and the jokes sit in that same world as well. Four friends venture to constantly save the Universe while figuring out how to get along together and quest eternally for “smooches.” Between the hilarious banter and the random appearances of Catbug, this comic had me giggling at every page turn. Occasionally, I found myself groaning at obvious pandering to the reader, but mostly this is an enjoyable read. From werewolves to space assassins, there is nothing that can stop the super team, and nothing to prevent you from having a much needed laugh. –Thomas Winkley

Deceivers
Steven Grant
Boom! Studios
12.09.14
Serious advocates for Steven Grant’s Deceivers are likely the types who hoard smut novels from the 1950’s and are attempting to modernize their irrational affinity for smooth talkers and conmen. In short, I’ll be having to send Grant a thank you card because I’m pretty sure he wrote this series for me. The algorithm for Deceivers seems to be cut and paste from the Carter Brown Mystery, but instead of being a discreet, suave and noir private investigator, Lincoln McCord, the all-American-cowboy-turned-jetsetter, is center stage. What follows is a multi-agency conspiracy and a laundry list of hidden and ulterior motives. A CIA agent forcibly employs McCord and Janez Nikovic to help hunt down an international thief whose vice of choice is blackmail. Espionage, backstabbing and double agents—Deceivers has it all. While the overall plot is pleasing enough, Grant seems to over exaggerate his characters’ personalities. Lincoln is too nice, too likeable and too much of a “cool guy;” his conman counterpart, Nikovic, is just as overly pronounced in his own, greasy character flaws. This results in heinous cheesiness and over-the-top dialogue, which proves to be distracting. Grant trusts his readers, never spelling anything out. While I typically advocate his approach, it proved to be more difficult to navigate through each character’s motives and moves. Jose Holder’s artwork and Kelly Fitzpatrick’s colors meshed together to beautifully establish each scene. While at times Holder’s style can resemble of mess a simple sketches, Fitzpatrick balances them out, creating true tone in each panel. The biggest flaw in Deceivers is the excessive use of 50 Shades of Grey jokes, another example of Grant’s tendency to “overdo it” for this series. On a scale of arbitration, I would allow Deceivers three out of five (stars, tomatoes, whatever). –Andrea Silva

Diesel Sweeties Volume 3: There Is a Cat on the Internet!
R. Stevens
Oni Press
Street: 09.24.14
R. Stevens continues to archive his webcomic, Diesel Sweeties, in this third 136-page volume. The pixelated art is still fantastic and intriguing to flip through, but the panel comics are also still somewhat lacking in the funny department. In reviewing Volume 2, I argued that Stevens’ characters would be much more entertaining if they were put toward an ongoing 8-bit graphic novel–style storyline, and I stand by that through Volume 3. With the exception of perhaps one or two, these characters remain forgettable in the current panel format. You can still check out all the Diesel Sweeties webcomics at DieselSweeties.com—which you should do, because pixels are pretty. –John Ford