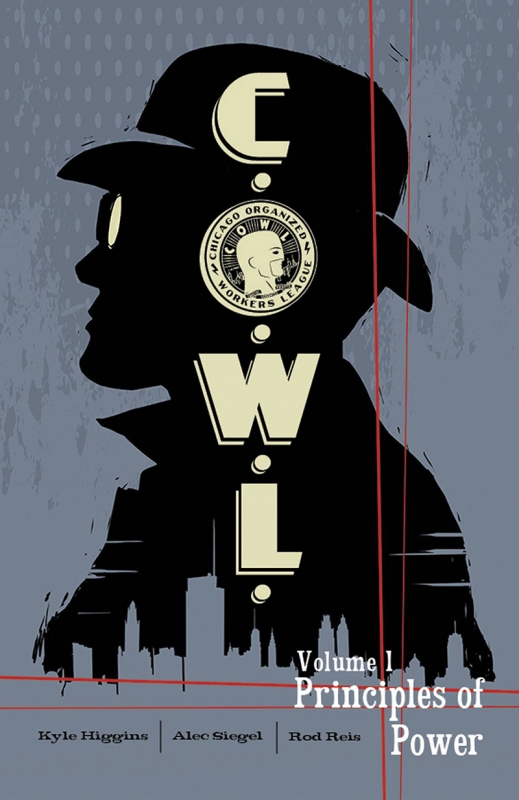 America’s Got Powers
Jonathan Ross
Image Comics
Street: 10.21.14
I hated it. Before letting the assumptions go wild, I will at least attempt to defend America’s Got Powers, as well as my stance. The story goes like this: Some kid doesn’t have super powers when he’s supposed to. He suddenly gets his super power, which leads to a human vs. superhuman brawl for power. I will give credit to Jonathan Ross, whose storytelling is fast paced and action packed.  I just can’t move past the overdone plot of minority mutants/super talented kids rivaling with the governments of the world to maintain power or peace. The series feels like a nightmare I would have after a night of binging on Cheetos and mustard while watching American Idol, The Hunger Games, and X-Men simultaneously. Perhaps the most redeeming quality that America’s Got Powers has to offer is the evil Senator who bares a remarkable resemblance to Sarah Palin.  Pass this one up in the comic store, or pass it off to a kid-sibling after a quick thumb through. –Andrea Silva

Chastity
Marc Andreyko and Dave Acosta
Chaos! (Dynamite) Comics
Street: 07.09.14
Chastity is another one of Dynamite’s attempts at making ’90s Chaos! Comics characters seem relevant and interesting. I’ll admit, I judged this book immediately by its cover, which featured a scantily clad gal in an uncomfortable and unnatural pose, which unfortunately masks what is, at least for the first four issues: a pretty mediocre and predictable book. The majority of this first volume is a very drawn-out exposition to reframe the original character with a different tragic backstory. Instead of being an ex-stripper turned undead assassin, she’s now an ex-gymnast turned into a half-vampire and half-human thing by an insane Stephanie Meyer clone. It’s as if Marc Andreyko pulled out all the obvious tropes from Buffy and Batman and threw them together to make this hybrid compelling and sympathetic. There’s a council of vampires, a few nods to Carrie, and murdered parents. Dave Acosta’s art adheres to Dynamite’s in-house style and panel structure, which is neither great nor awful. Now that they’ve established so much groundwork in what felt like a volume of flashbacks, Chastity will grow into the goth slayer from before, but who really cares? Personally, I just have no stake in it.  –Taylor Hoffman

C.O.W.L Vol. 1 Principles of Power
Kyle Higgins, Alec Siegel, Rod Reis
Image Comics
Street: 11.11.14
Let’s transport ourselves to 1962 and get down to some serious business and negotiation. Superheroes came onto the Chicago scene a few years back as a shining beacon of safety and crime deterrence, but with the elimination of super villain threats, the public became uninterested in their previous saviors. Now the Chicago Organized Workers League, C.O.W.L, is a labor union comprised of superheroes who work directly with the Chicago police, basically taking over the role as legal protectors whose main power is the law. No, it’s not Watchmen. It’s all about high tension background politics and convoluted cover-ups. The majority of the heroes are pretty unlikable, often shady, and still a bit flat; however, there’s plenty of opportunity for these characters to grow. Kyle Higgins (Nightwing) and Alec Siegel slowly build their world, introducing bits and pieces of the characters throughout the ongoing story of corruption and struggle for relevance. Rod Reis’ (Teen Titans) expressionist art makes up for the slow character building; the watercolor technique is unsettling and captures the sinister tone of the story. C.O.W.L explores the logistics and morality of superheroes with utter disillusionment about the role of the law. –Taylor Hoffman