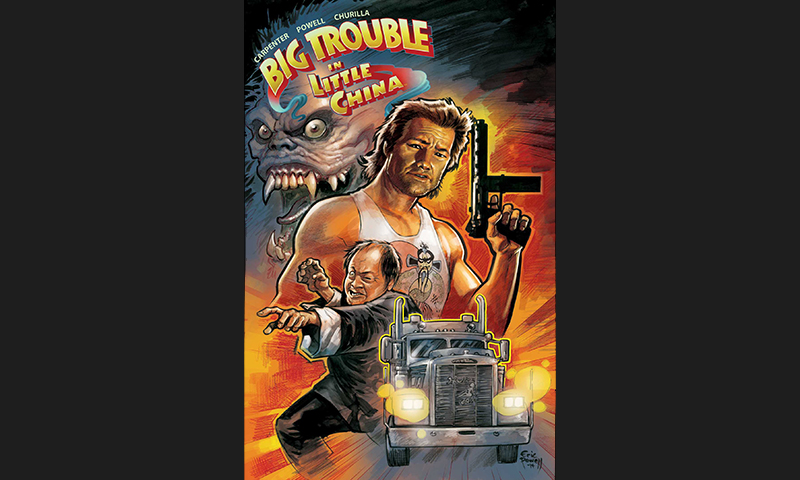 This series takes off right where the movie stopped, and it’s pretty clear from the get-go that there’s still plenty of story to be told here. Jack Burton befriends the demon that stowed away on his truck, and returns to San Francisco to discover that even more ancient magic madness lies in wait for him. One of the true successes of this series is Carpenter and Powell’s combined ability to recall Kurt Russel’s comically macho delivery with the dialogue, making this feel less like an adaptation and more like a continuation of the original film. Churilla’s take on the art is pretty solid, and conveys the bumbling silliness and humor inherent to Jack Burton’s character. However, this is pretty much a fans-only experience. Readers who either haven’t seen or didn’t enjoy the original movie should probably steer clear of this one, as it’s basically a direct series of sequels and extrapolations on the original premise. However, if you enjoy some of Carpenter’s other films and you’re looking for something in that vein, Big Trouble in Little China can definitely scratch that itch. –Henry Glasheen