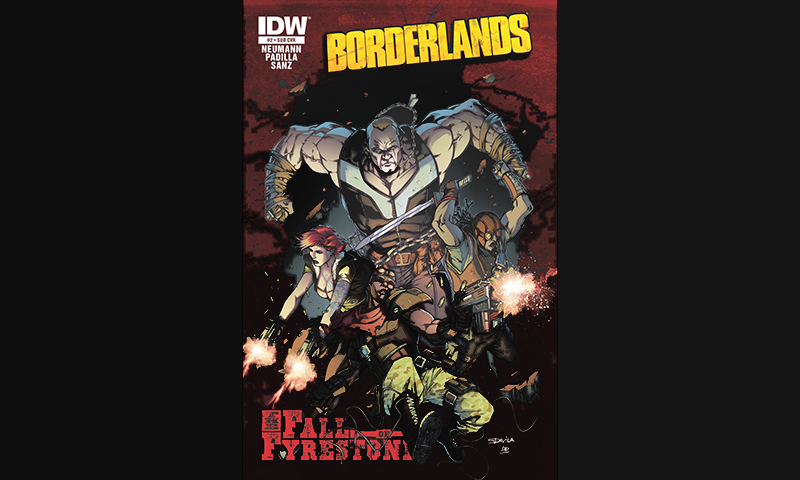 I enjoyed the first Borderlands video game: It was fun in both its gameplay and presentation. I enjoyed it right up to the moment you fight the tentacled alien menace contained within the vault and receive no form of compensation. Borderlands 2 absolved the series of its sins, even addressing the predecessor’s problems in the opening cinematic. The Fall of Fyrestone lands a little closer to the former’s shortcomings. Neumann and Padilla try to recreate the charm of the series, and they do find some success, especially in the art. The comic opens with the four hunters from the first game, and they start off pretty bland, but they do develop more throughout the book. The plot basically retells the early missions surrounding the town of Fyrestone, just with a bit more substance. There’s a lot of backstory building here, and it seems like it’s trying to make up for what the game was missing—Claptrap’s story about Tate was a little sad and the ensuing dance party was pretty cute. This isn’t a bad read and will probably entertain fans of the series, just don’t expect it to strip the flesh and salt the wounds. –Rob Hudak