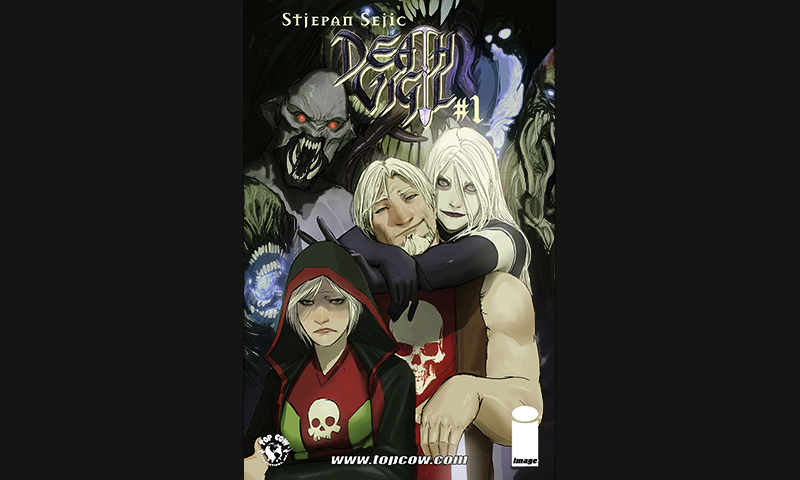 Stjepan Sejic created something pretty special with Death Vigil. It’s a story about an organization led by the grim reaper that fights a chaotic evil from the unknown—sounds pretty cool on paper, right? While it wears its influences on its sleeve, Death Vigil is overflowing with heart. As dark as the subject matter can be, there’s an equal amount of wit and personality. Santa Claus…er… Bernadette is easily one of the most charming characters in a comic book, reminiscent of Neil Gaiman’s chipper representation of Death, though Bernie plays a more prominent role. She serves as the reaper and the maternal figure for the titular organization, responsible for recruiting and nurturing those willing and gifted enough to join the fight. There’s a “family-you-didn’t-know-you-chose”  dynamic between members of the Vigil and they’re all interesting characters. I can’t help feeling like a part of this family, cheering for their successes and commiserating with their shortcomings. Watching Clara grow and discover her power filled me with a sense of pride, not unlike seeing a sibling overcome an obstacle. All of this, however, pales in comparison to Sejic’s drool-inducing art. It’s imaginative, horrific and hypnotizing all at the same time. This is a worthy addition to anyone’s collection. –Rob Hudak