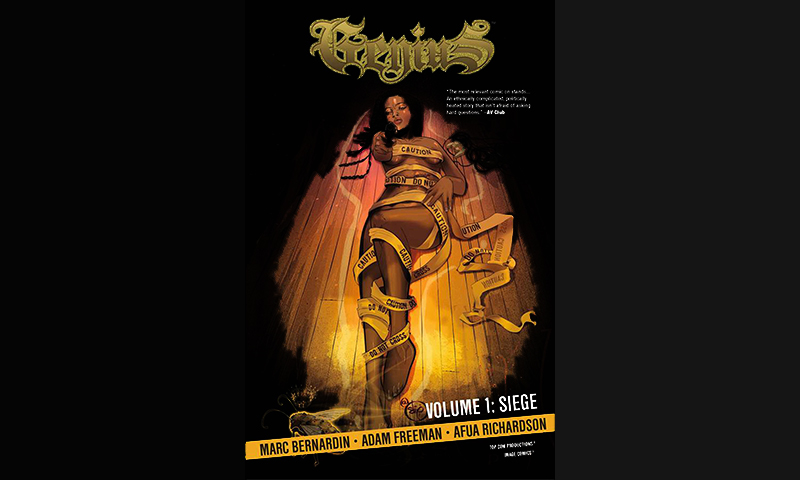 Bernardin and Freeman’s Genius started out as a winner for Top Cow’s 2008 Pilot Season annual competition. Six years later, Genius debuted as a five-issue miniseries three days before Darren Wilson shot Michael Brown in Ferguson, and I feel like the timing could not be more poignant. The plot follows Destiny Ajaye, a teenage girl raised in violence and poverty, as she unites warring gangs in Los Angeles. She has a mind rivaling historical military strategists like Napoleon and Julius Caesar. Opposite to her is LAPD detective Reginald Grey, investigating the identity of the gang’s figurehead. Throughout each issue, I think back to growing up in L.A., fortunate of my lot in life while bloodshed a few miles away in a war between the Crips and Bloods. There’s an elegance to the way Destiny delivers kernels of wisdom with a street-slang dialect. Afua Richardson’s art style in some panels reminds me slightly of Disney Renaissance-era innocence with a lot more attitude—it beautifully captures the warring ideologies present in the story. The fact that this trade paperback is the first volume indicates that there’s a possibility for a sequel miniseries and I look forward to it. –Rob Hudak