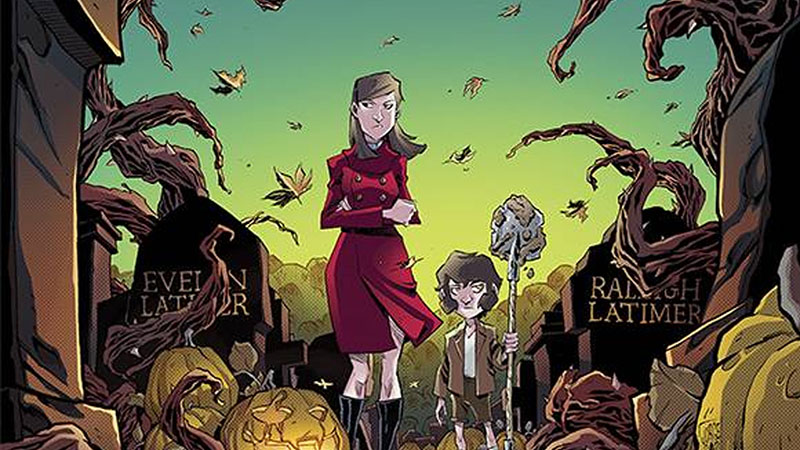 Goners – Volume 1: We All Fall Down

If you like tales of horror, demons, monsters, family legacy and grim fairy tales, Goners is something you will enjoy.  With brightly emotive artwork and a storyline that eventually captures your attention, Goners is an adventure you won’t easily forget. Goners does not squander any time and jumps right into the action.  On the first few pages you witness the death of Raleigh and Evelyn Latimer.  By the end of the book you find out that they are humanity’s last defense against demons and monsters trying to take over the world. they became extremely popular with a reality show about their endeavours,  Their death is witnessed by their children, Josiah and Zoe who watch the tragic death of their on live television.  Not a moment later, after witnessing the death, the brother and sister team are being attacked by ghoulish demon type monsters and the adventure begins, as Josiah and Zoe try to learn the “family business” and solve the mystery of their parent’s death. I hard time following the storyline, it felt unclear and very irregular and broken.  With flashbacks and jumping from storyline to storyline I wasn’t sure about what was going on.  However, the artwork kept me interested and I didn’t mind that I had to go back and read it for a second time. Goners is worth the read and second read and if you like bright, magana type artwork the visual adventure makes it worth adding it to your comic book reading list. –Kristal Starr