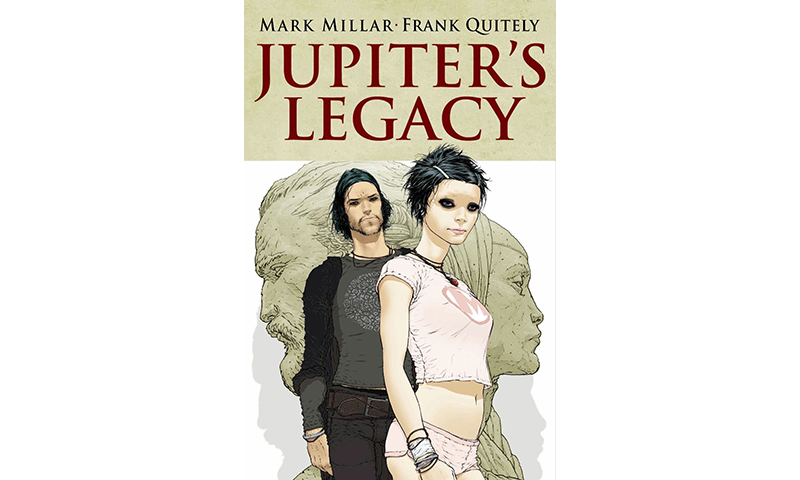 Jupiter’s Legacy, in keeping with the spirit of the “American Dream,” is a melting pot of influences—from Golden Age-era comics to The Incredibles—but, it warps these family-friendly superhero stories into something far more sinister. What is it like to grow up with superheroes for parents, constantly eclipsed by their colossal achievements and do-goodery? Would it slowly eat at us? Do we cope with heavy drug use or even lash out so fiercely that even Zeus would blush? Millar and Quitely seem to retread familiar territory with Jupiter’s Legacy, but it adds more than it detracts. Some scenes are so captivating and cinematic that I find myself turning back pages just to stare or laugh—most notably, the scene where Walter offers cake to Blackstar in a psychic painting. There are more than a few transparent characters and some expository dialogue is pretty weak, but ultimately everything combines to deliver power statements on capitalism, America’s current economic plight, and in reality, falling short of the ideology. I really enjoy Hutch and Chloe as three-dimensional characters and how they try to break the mold cast by their predecessors. I’m excited to see how everything ties up, but it probably means waiting another year for them to finish. –Rob Hudak