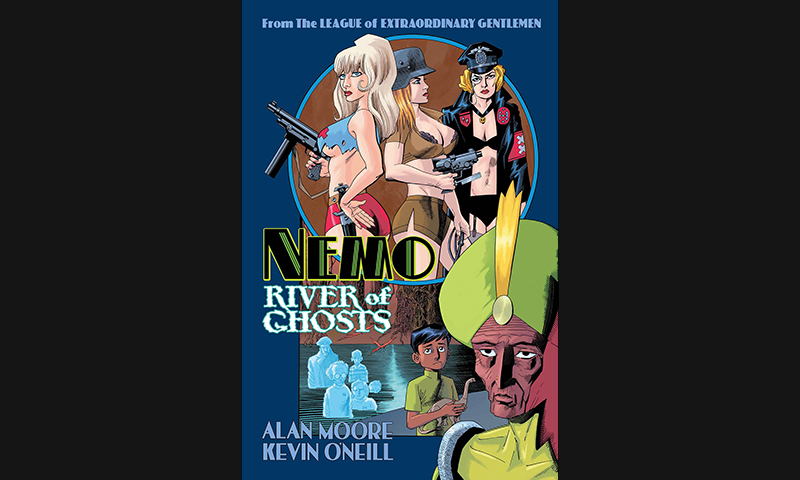 Nemo: River of Ghosts is the last chapter in the Nemo trilogy, a League of Extraordinary Gentlemen spin-off series—the first two being Heart of Ice and The Roses of Berlin. It follows Janni Dakkar, daughter of Captain Nemo and pirate queen of Lincoln Island, into the year 1975. There are reported sightings of a nemesis long dead, provoking “Pirate Jenny” into action. O’Neill’s art here shows significant refinement compared to his work in League of Extraordinary Gentlemen and Moore crafted some entertaining characters. While it isn’t necessary to read the entire League series, it doesn’t hurt to dive a little deeper into the previous entries for context. Janni is a strong lead character, even in old age—she doesn’t hesitate to put others in their place while still commanding calm and grace, and the exchanges between she and Mr. Coghlan throughout the adventure made me chuckle more than once. The action-packed finale in the factory was pretty fun, if not a bit hokey. River of Ghosts captures the style and tone of early pulp comics responsible for inspiring Johnny Quest and Venture Bros., which I always welcome—it’s not very often you get to see a T-Rex leveled with a single punch. –Rob Hudak