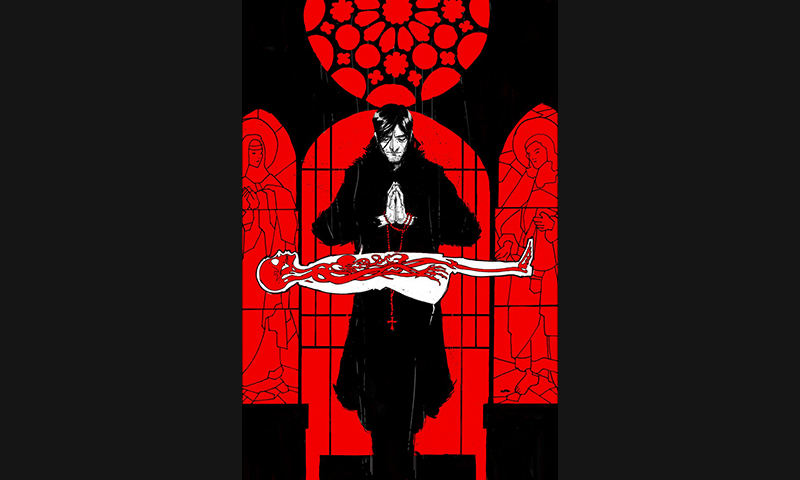 This isn’t your Boney M.’s Rasputin, Here’s the first time that Rasputin has been the center of a comic rather than an appearance in Hellboy and Hellblazer, and it’s a fantastic supernatural debut. It’s a reflective retcon of this historical character’s life, providing a new backstory that only makes things more terrifying. However, the script is a far secondary draw to the art that’s splattered and blotted in all the right places, using color in strong accent, and overall, creating a creepy atmosphere. The characters stand out as realistic enough to be part of this surreal, blood-thirsty drama.  It really does read like it wants so badly to become a television show, which is a detriment and self-sabotage in this medium. It could be a fantastic story,  Bar-fights to bear fights, Rasputin gains stride by the third issue, and I’m invested enough to keep reading. Twisted, bloody, and, alarmingly fun, this series deserves your attention. –Taylor Hoffman