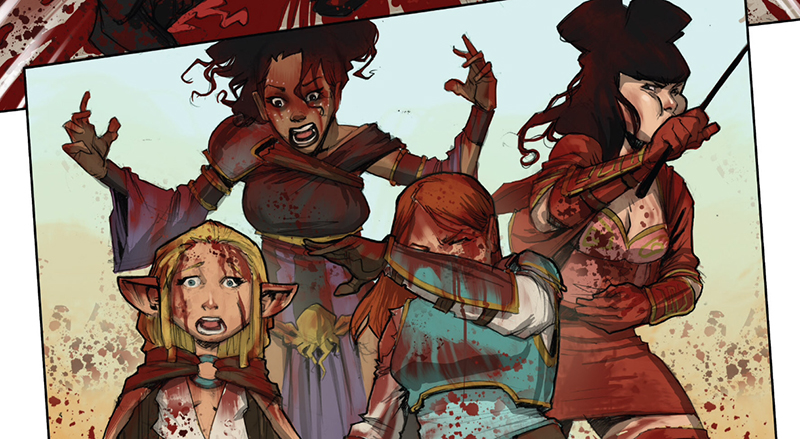 It’s refreshing to read a series that treats equally with the fantastical stories of a well-run Dungeons & Dragons game and genuinely touching personal backstories. The Rat Queens are a team of rough-and-tumble adventurers-for-hire who drink heavily and live as large as they can in the little city of Palisade. They fight Lovecraftian Elder Gods, navigate complicated relationships and struggle to cope with complicated pasts. Best of all, they’re all strong female characters, representing a wide spectrum of character motivations and personalities. I never thought I’d get so invested in a dwarven woman’s struggle to escape her culture’s rigid expectations—including the maintenance of a thick, healthy beard. While the main antagonist fell a little flat for me and the sudden onset of Elder Gods felt a little rushed, I appreciated the focus on character backstory rather than paper-thin action sequences. The art is pretty quality stuff, but it’s hard to give unqualified praise to Roc Upchurch, who has been ejected from the project for domestic abuse. Not cool, man. Luckily, Stjepan Sejic jumps in for Issues 9 and 10 with a style that’s equally strong. The series is clearly in good hands with him and Kurtis Wiebe at the helm. –Henry Glasheen