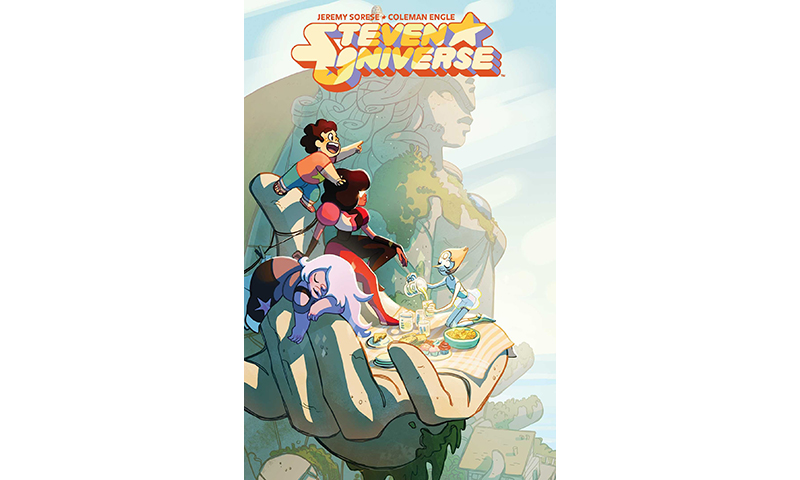 I’m going to start out by saying that I think this comic is best suited for a younger audience, having said that, I will give my best review for Steven Universe.  The comic in question originally started out, and is currently a TV series on cartoon network created by Rebecca Sugar. (Adventure Time) Both comic and show is a coming of age story about a young boy named Steven Universe, a youngster in a group known as the Crystal Gems, a team of magical Guardians and the protectors of the universe.  Growing up with three magical aliens, Garnet, Amethyst & Pearl, Steven and the Crystal Gems help protect the world from their own kind.  As for the comic, I noticed it was set up like a Zine, each issue having different content from mini-games to recipes and other odds and ends.  The comic with its art and story is so sugary sweet that it almost put me into diabetic shock. I know I’m not really the demographic, but if you are a fan of Steven Universe, then I think this comic would be right up your alley. – Kenny Tadrzynski