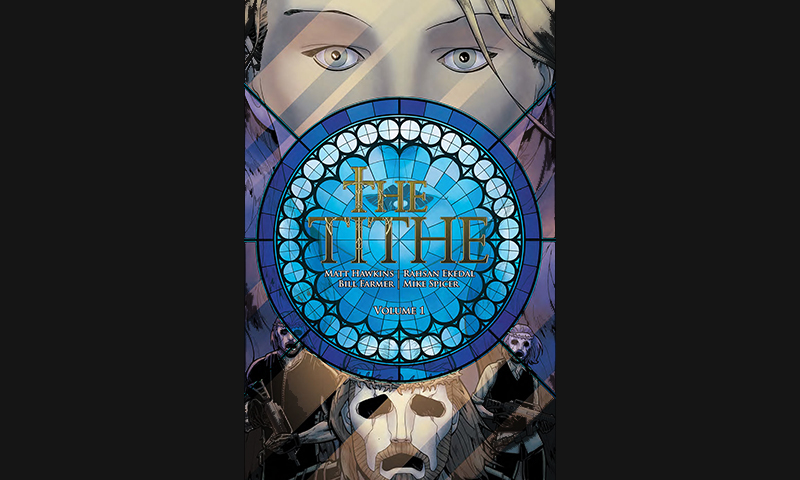 Peter Popoff, Jim Baker. What do these guys have in common with The Tithe? Well, if this comic were real, they would be getting a visit from a “Robin Hood” like group called The Samaritans.  In Top Cows The Tithe, A group of computer hackers and stick up men target giant mega churches that swindle people and use the money for their own personal gain. The people who hit back at the churches are know as “The Samaritans,” a motley crew of two guys and two girls who pull of the elaborate heists dressed as Jesus, complete with mask and a ring of throne’s.  The group robs from the churches and give (most) of the money back to the people, almost without a hitch. The only problem the group has is two of them are complete drug addicts and one is in debt to the Mexican mafia.  On top of it all, the FBI is hot on their trail, though that doesn’t stop The Samaritans from playing a cat & and mouse game, even going so far as to help the FBI prosecute the churches for embezzlement by sending them evidence.  In short, I love this new series. It reminds me of the Thief Of Thieves comics in terms of cons and heists, only The Tithe is much better. –Kenny Tadrzynski