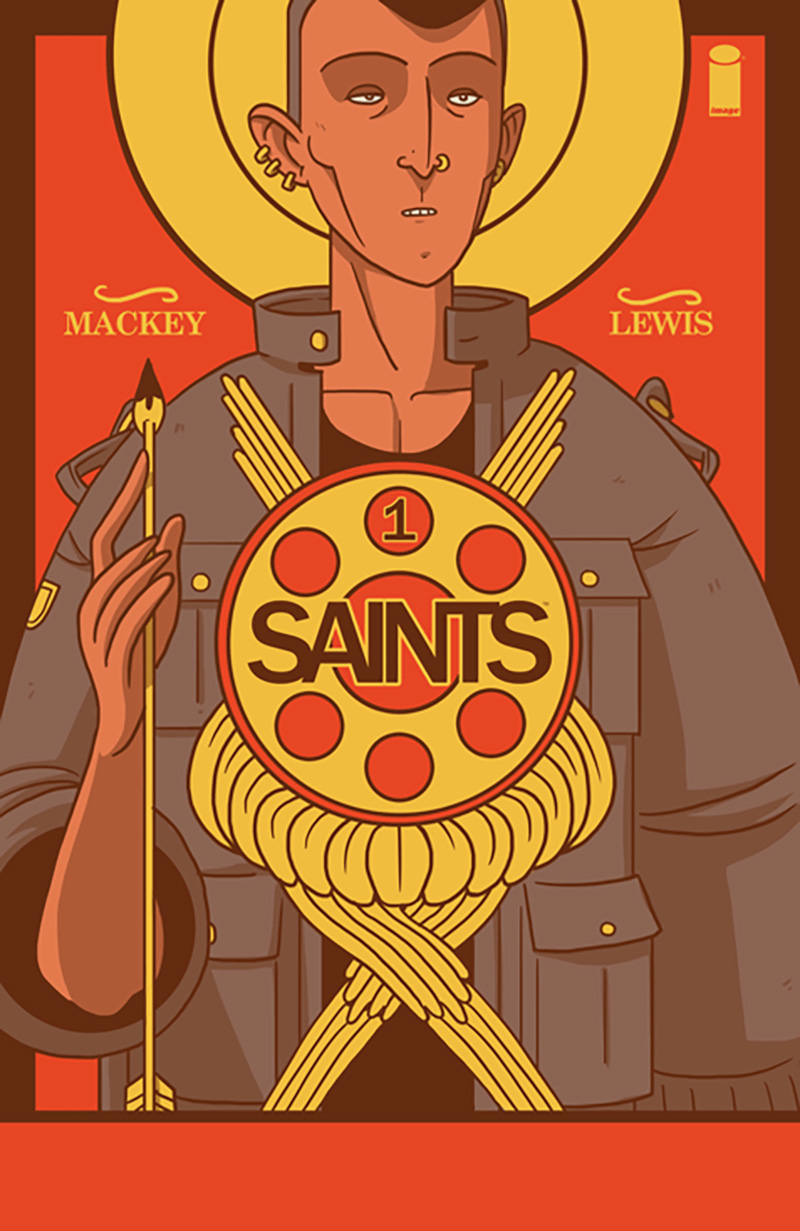 A good friend of mine sorts tapletop roleplaying systems on a spectrum of smoothness to crunchiness. Put simply, smooth systems have fewer rules, crunchy more, but that belies the overall effect such a distinction can have. Smooth systems are easier to get into and allow for greater focus on roleplaying, whereas crunchy systems allow players to be more inventive and nuanced in their approach to conflicts. There’s merit to both is what I’m saying, so please don’t take it too seriously when I say Saints: the Book of Blaise just doesn’t have enough crunch for my tastes.

It’s not that anything’s necessarily bad—just shallow. The story deals with several archetypal misfits discovering they are reincarnations of Catholic saints and their war with the archangel Michael, who’s attempting to trigger the apocalypse. Those misfits (Blaise, Sebastian, Lucy and Stephen) each possess exactly one character trait (skepticism, gay, doesn’t swear and wears headphones) and one eponymous superpower (healing, light arrows, visions and tyromancy). With that sentence, you know absolutely everything there is to know about the protagonists. Oh, sure, we do learn more about them—we meet Lucy’s family for example—but that’s not in service to their depth but rather their dialogue. Michael and his minions have even less nuance, existing only to ruminate about God with cynical bitterness. The overall impression one gets is that none of these characters are meant to be real people, but rather different iterations of author Sean Lewis’s thoughts on divinity.

The plot’s hardly there either. With unearned confidence, we move immediately from a backstage blowjob to superhero team-up without the setting, motivations or values being set up whatsoever. I found no entrance to immerse myself, no invitation to suspend my disbelief. Space and time are marked not at all, and the narrative development isn’t even a straight line—it’s a point. The art’s not doing Lewis any favors, as Benjamin Mackey’s cartoon minimalism utterly falls short of conveying the sheer spectacle need to fill in the writing’s gaps. When characters started dying off in the climax of this nine-issue miniseries, I wasn’t touched but bored. In fact, I was bored most of the book which is the most damning criticism one can usually receive, except, well …

There’s a reason I brought up the smooth/crunchy metaphor above. While, if I’m being brutally honest, I didn’t care for Saints and wouldn’t recommend it—that may be a matter purely of taste. Nothing in it is bad at all. The writing—what little there is—is competent and at times striking. The characters are all charming or too dull to bother, and I always appreciate the spirit if not the effect of de-decompression. The art is actually quite good, with character and monster designs at once impressive and expressive. I never know who ought get credit for layouts, but the flow from page to page was inviting even if they sometimes lost continuity between panels. If my praise seems too faint to make up for my critiques, then let me leave it at this: Many comic readers whose taste I respect adored Saints, and I fear that in breaking league with them, it may be my fault. I maybe missing something.

But I don’t think so.

As a former Catholic school student, as an English Major and as a regular comic reader, I will conclude that Saints overreaches but under-extends. Like a high schooler choosing to tackle Ulysses and procrastinating until the night before to begin his essay, neither Lewis nor Mackey work nearly hard enough to do their subject justice. Blaise’s conveniently thematic exposition that he doesn’t believe in God but Love (a weird and even rude thing to say when you’re talking to the Big Guy himself) has all the innovative insight of a peanut butter sandwich, and I always preferred crunchy.