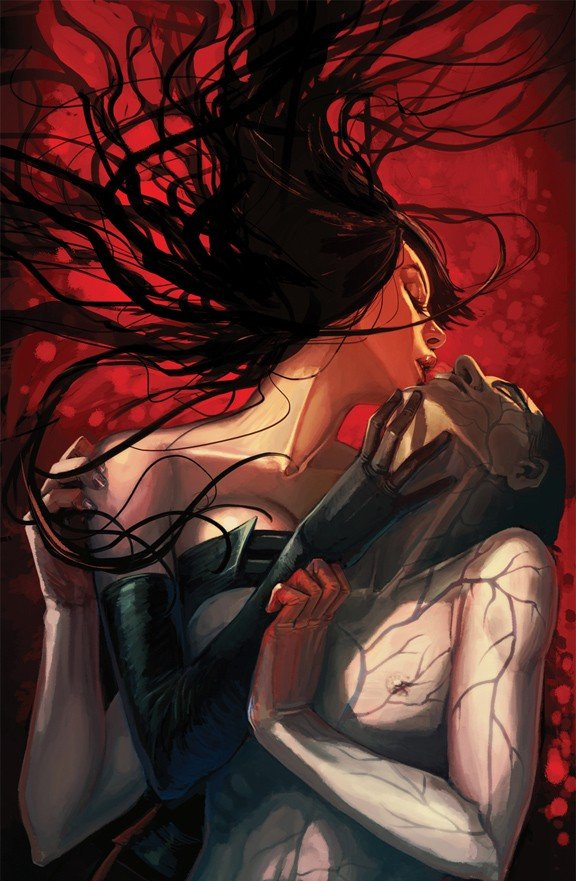 When we last left off, the poop had figuratively hit the fan. The fourth volume of this graphic novel series Suicide Risk ended with the long-lost wife from our hero’s former life realizing who she is, understanding what’s happened and promptly blowing up an entire building (Psst…only the bad guys were hurt). The series draws its name from this type of chaotic power which means the heroes are so powerful they pose a risk even to themselves. The series also continues its incredibly elaborate story-lines, which are complex to the point that Christopher Nolan would blush between its pages. What’s up is up, but only until the moment that writer/creator Mike Carey flips it all upside down again. The fifth volume Scorched Earth finally has a large chunk of the back story out of the way so the series is really running on all fours now. If you can forgive the Scorched Earth pun: now we’re cooking with fire.

For those that don’t know, Suicide Risk is about a cop who is constantly overpowered by super villains.  One day he buys super powers the same way someone would buy drugs (in an alley from shady people). It just so happens that once he has these powers he’s the strongest superhero of all time. He’s also a former general who had his mind erased before he was banished to earth as punishment for leading a rebellion against an extremely oppressive regime. Still tracking? Think Star Wars meets Superman. The thread through all this madness is his daughter who serves as a navigator through this intricate storyline.

The artwork itself is fun and light, but the real beauty in it comes across in the transitions from panel to panel. With such an aggressive and rapid set of storylines, each panel has to be packed full of substance. This is one graphic novel that rewards repeated viewing/reading but isn’t so overwhelming that it escapes initial enjoyment. My only suggestion would be to keep your eyes on the page (which shouldn’t be hard considering it is a comic).

The writing is top-notch in the fifth volume of Suicide Risk and quite compelling to boot. Carey has a huge catalog of creative books and graphic novels (Girl with all the Gifts, X-Men) and this is no slouch in the chain of interesting wonders he seems to create so freely. My only complaint would be the name of the graphic novel itself, Suicide Risk. It would be like calling a Superman comic “Chance of getting split in half by eye lasers” or changing Suicide Squad’s name to “Suicide is a Possibility, please join our group!”

Silliness aside, this is an immensely enjoyable read and does a fantastic job of keeping you on your toes in very original ways. I can’t even use the names of characters in this review because even that gives away the story. I suggest this graphic novel on a relaxing Saturday morning where you can sit down, pack your face with sugary cereal and pray to the heavens you’re not near any fans…because the poop’s about to hit it.