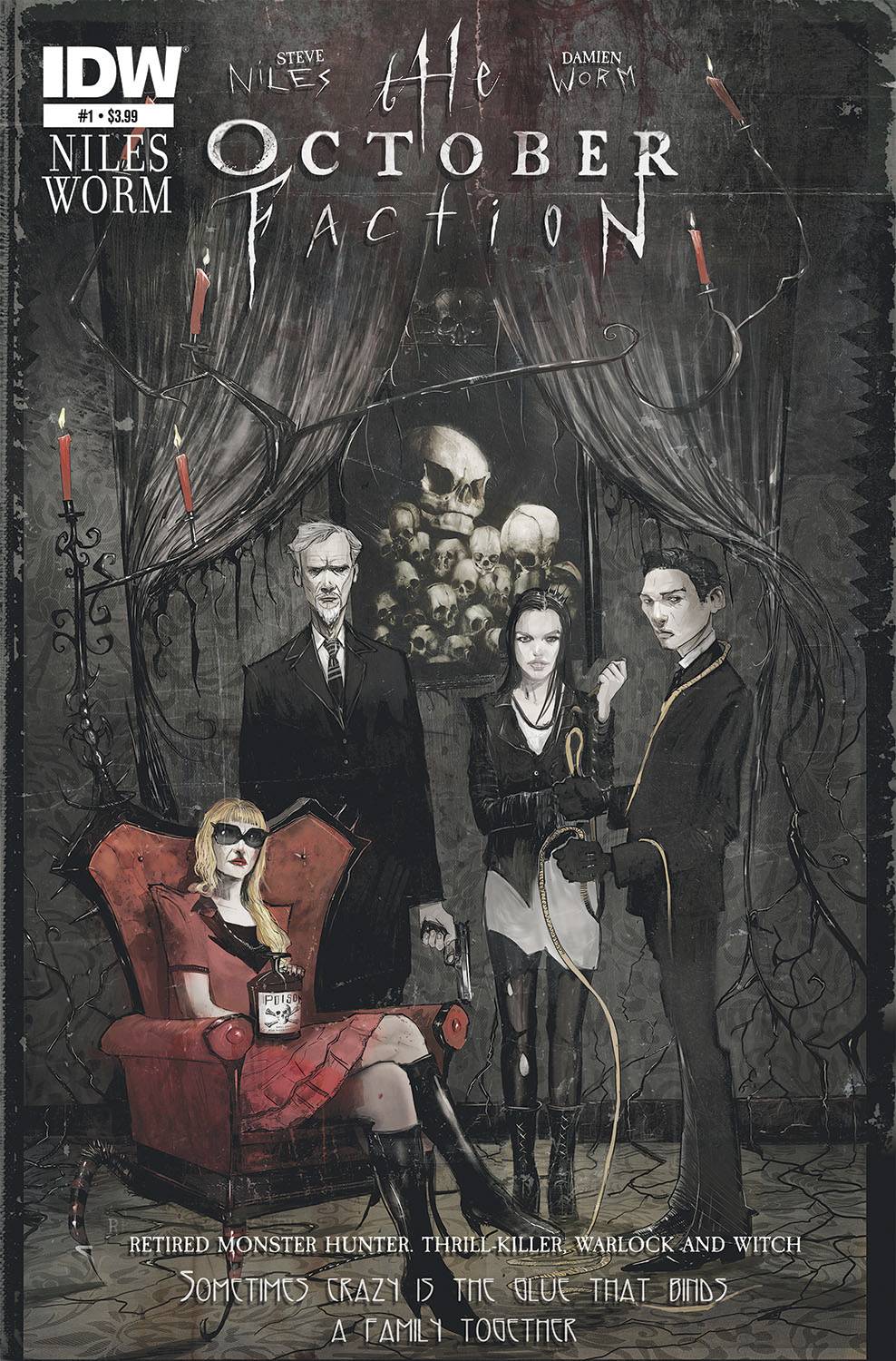 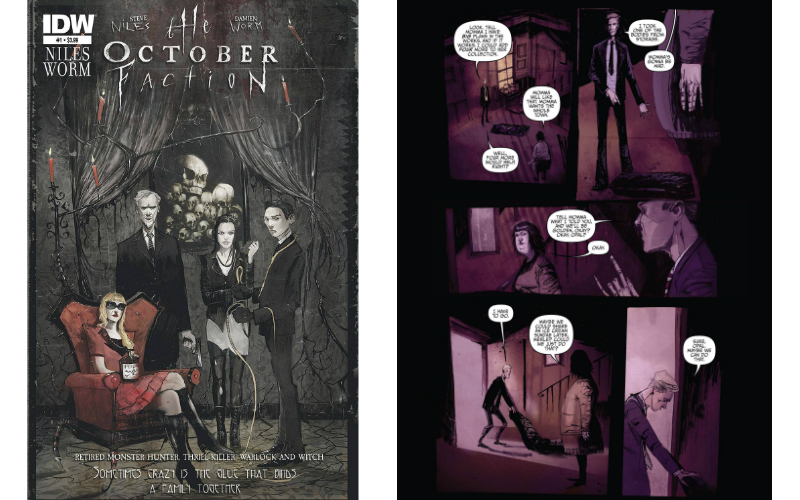 Whenever someone walks into Black Cat Comics asking what’s good on the shelves right now, we inevitably start shouting over each other in frothy jubilation at the chance to answer that very question. The short answer is that it’s easier to say what isn’t good right now. The long answer is an unpunctuated rambling that pauses only for a quick search through back stock to ensure we still have that precious first issue. The October Faction adds an exasperated syllable to the fervor that is our passion. The creators waste no time illustrating what the Allans are about. Dysfunction is the Allan brand—even the surname of the Allan household nods to Charles Addams’ satirical nuclear family influences and reinforces how unconventional this bunch really is. All of them have some ability or supernatural enhancement with varying degrees of development, and we learn that there’s much more happening below the surface.

Niles scatters narrative breadcrumbs throughout dialogue, laying the groundwork for years to come. I want to know more about those years Franklin and Lucas hunted together, how Franklin and Deloris met, where Merle Cope factors into everything. He doesn’t reinvent the wheel here, but everything is strikingly fresh. Sure, there’s a werewolf and something akin to Frankenstein’s monster, but I didn’t expect them to develop in the way they do here. However, Niles does have a slight issue of continuity. Without spoiling anything, there’s a scene where Vivian encounters a mysterious figure outside a hospital. After a couple brief lines of dialogue, she leaves. After her departure, the mysterious figure reveals information which she then discusses with her father as though she were present. It isn’t a major oversight, but it did seem like something easily remedied with additional proofreading.

I found the female half of the Allan clan more interesting and character-rich than Geoff and Frederick. While the men’s prowess with the supernatural may be more apparent, the women manage to round out better than their slightly shallower male counterparts. There’s a great tongue-in-cheek examination of traditional gender roles as Franklin recalls a heroic account of his and Deloris’ first date. Deloris remembers having a far less helpless role, which she validates later on. Mrs. Allan clearly harbors more strength and relevance than previously depicted, and Vivian is probably the most entertaining one of the bunch. Saunders, the family butler, also won my heart as she has not one single fuck left to give.

Flipping through the pages, I couldn’t help but occasionally think of Ben Templesmith. I don’t mean to suggest that Damien Worm is unoriginal—far from it. Worm elicits similar emotions with a familiar aesthetic, but propels it into a dirgeful mysticism, smearing occult fantasy over the solemn antiquity of 19th-century photography (Edward Steichen and Alfred Stieglitz immediately come to mind). Shadows splash over every panel, each awash with sepia tones and lacerations. Each hue helps build tension, and at times the art almost functions like an independent character.

The October Faction starts out as a gothic adventure appetizer, then slowly expands into a hearty buffet by the volume’s end. The town of Gristlewood hides many secrets—the very fact that no one even mentions the town’s name throughout the entirety of this volume adds to the already ominous mystique. Niles sets up this series to go in any direction he wants, as the catalog for those that bump under cover of night is expansive to say the least, and Worm’s artistic skill pops those abominations off the page. I really hope this series continues to sell because while the story’s delivery may be a bit simple to start, it’s rich in atmosphere and style. I don’t think I’m exaggerating when I say that Niles and Worm’s ongoing series has the potential to equal the greats of Hellboy and Locke & Key. No pressure, guys.