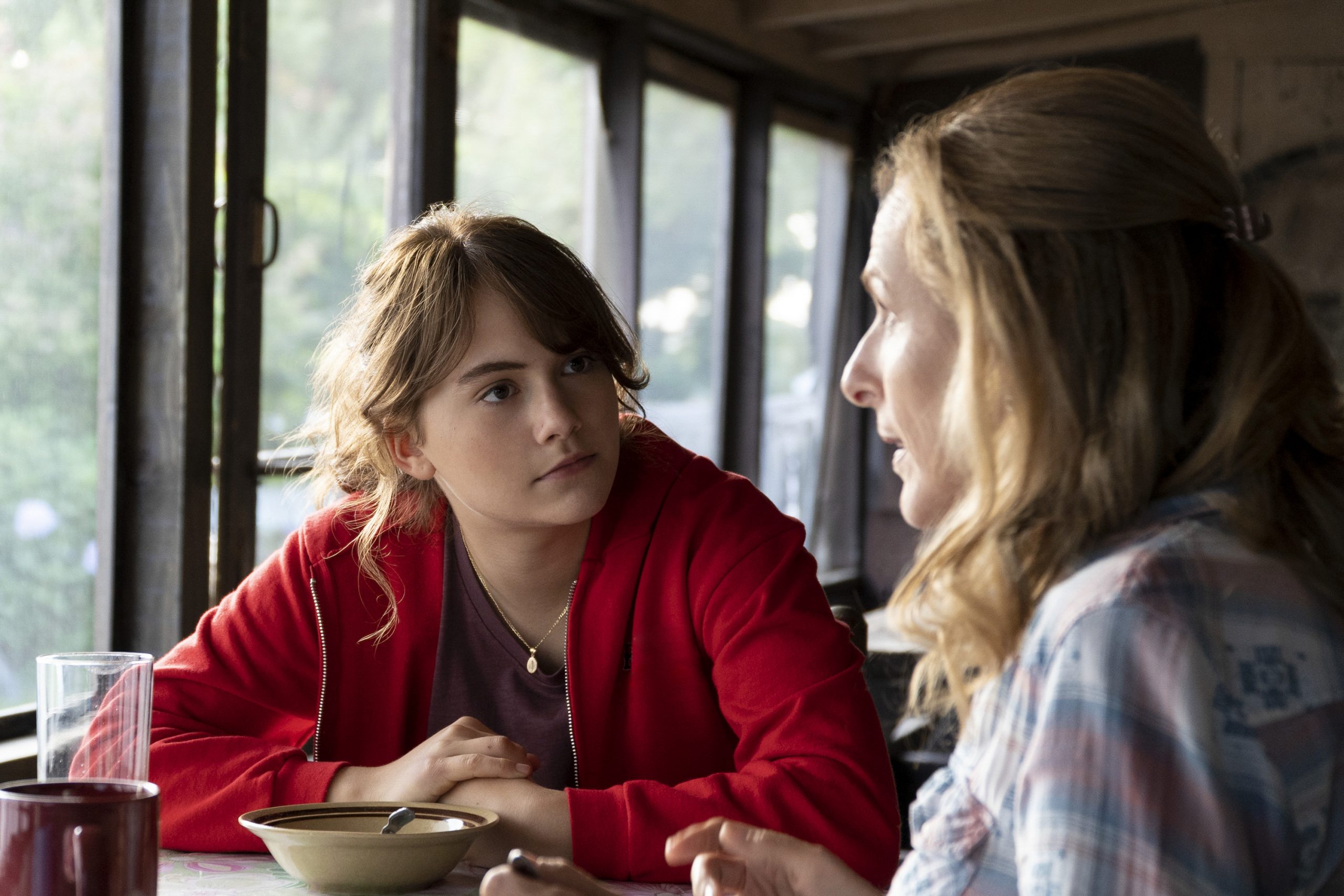 It’s a great time for a feel-good movie. CODA, the indie darling that arrived to theaters and AppleTV+ on Aug. 13, just may be the best of the past decade. CODA took the 2021 Sundance Film Festival by storm, capturing the U.S. Grand Jury Prize, U.S. Dramatic Audience Award, the Directing Award for writer-director Siân Heder and a Special Jury Ensemble Award for a cast that includes Emilia Jones, Daniel Durant, Troy Kotsur and Marlee Matlin.

Ruby Rossi (Jones) is a CODA (Child Of Deaf Adults) and 17 years old and living in Gloucester, Massachusetts, with her culturally Deaf parents and brother, whom she helps with the family fishing business. Ruby joins the choir club in school, where she finds a passion for singing. When her teacher encourages her to consider music school, Ruby must decide between helping her family and pursuing her goal.

“When I read the script, I immediately thought, ‘Whoever gets to play this role is incredibly lucky,” Jones says. Best known for her role on the Netflix series Locke & Key, Jones, who hails from Westminster, London, knew that playing Ruby would be a departure for her, but she welcomed the challenge. “I didn’t have any ASL (American Sign Language) experience prior to shooting, so when I found out that I got the part, I went into intense training and … learnt sign language for nine months before we started shooting.”

“[Jones] just came in open-minded, really excited to work with us, wanted to learn ASL, curious about everything.”

Jones’ movie family, led by Matlin, took her under their wings and helped her feel at home, but it wasn’t just the sign language that made the role of Ruby so daunting: Jones would also be required to sing at a level she’d never done before. “I always sing, but I’d never done anything at the scale that was required for CODA,” she says. “You know, it’s not every day that you learn three skills—I learned how to fish, too.”

Daniel Durant plays the role of Ruby’s older brother, Leo, who relies on Ruby to interpret for him but sometimes resents the assumption that he needs to be looked after. “The brother and sister, they love and support each other,” Durant says. “They’re figuring out what’s best for them both, and for the family as well.” Durant had previously worked with Matlin and Kotsur, both of whom are Deaf and play the roles of his parents, but CODA marked the first time he had worked with Jones. “I’ve never seen anyone like her,” Durant says. “She just came in open-minded, really excited to work with us, wanted to learn ASL, curious about everything … We had many dinners with Marlee, and Emilia would often be there, so she got a firsthand look at what Deaf culture was like.”

Matlin won an Academy Award in 1986 for her performance in Children of a Lesser God, and felt strongly that if she was going to do CODA, it had to be as authentic as possible. La Famille Bélier, the French film that inspired CODA, was done with hearing actors playing the Deaf roles, which Matlin and writer-director Siân Heder agreed was unacceptable this time around.  “We need to make sure that hearing actors don’t play Deaf characters as if they’re a costume to take on and take off at the end of the day,” Matlin says.

“They’re figuring out what’s best for them both, and for the family as well.”

Once that was established, Matlin found herself drawn to the comedic aspects of the story, which she says were funny because they were so true to life. “That is what excited me—to be able to represent to the audience who we are,” she says. “It comes naturally to us. I’m so proud that we were able to express this humor within our culture.”

For Troy Kotsur—who plays Ruby’ father, Frank—the humor came naturally, as well. He was known for cracking up his fellow cast members both on and off set, but Frank also has his serious side, which is demonstrated in a pivotal sequence between himself and Ruby late in the film. “You know, she looks at me like I’m her ridiculous father,” Kotsur says of the character dynamic. “I look at her; she’s my crazy daughter.” But when it came to that crucial scene, Kotsur felt that the emotional connection was stronger than words could convey. He approached Heder, who agreed to let Kotsur and Jones play the moment differently than it was written. “We locked eyes, and our faces said so much,” Kotsur says. “We didn’t need to articulate anything. We kept it simple, and I’m glad we did. It was a defining moment.”

Heder was already an award-winning writer who worked on Orange is the New Black and directed the acclaimed 2016 feature Tallulah. For her, the chance to represent the Deaf community was not something to be taken lightly. “Coming in as an outsider, I think you feel an enormous responsibility to take on that representation in a way that is specific and forwards the conversation,” Heder says. “It was very important for me to … surround myself with collaborators, from the very beginning, who could be my Deaf eyes on set … digging into the script and oftentimes changing what was on the page to make sure that we were telling a story that felt authentic and real.”

“We didn’t need to articulate anything. We kept it simple, and I’m glad we did.”

Heder chose to let the needs of the story dictate the visual style, favoring longer takes and wider angles in order to properly capture the language, which she believes has an inherently cinematic quality. Heder’s creative vision and passion drove CODA every step of the way, even when it meant making tough choices. “It was a journey to shoot, and [we had] to really make some heartbreaking decisions in editing,” Heder says. “I mean, I cut my own daughter from the movie. She’s really mad about it. She’s 7, and she’s like, ‘My Mom cut me out of her movie!’”

CODA has been an emotional journey not just for the filmmaker and cast but for audiences as well, who have embraced it from Park City to London, where it recently won the first ever Sundance: London Award, presented by the British Independent Film Awards (BIFA). How much further the journey goes remains to be seen, with the theatrical run and the release on AppleTV+, the inevitable #releasethedaughtercut campaign and perhaps even some Oscar nominations in its future. But wherever Ruby Rossi and her family go, CODA has proven to be a film that, like love itself, transcends languages and barriers.