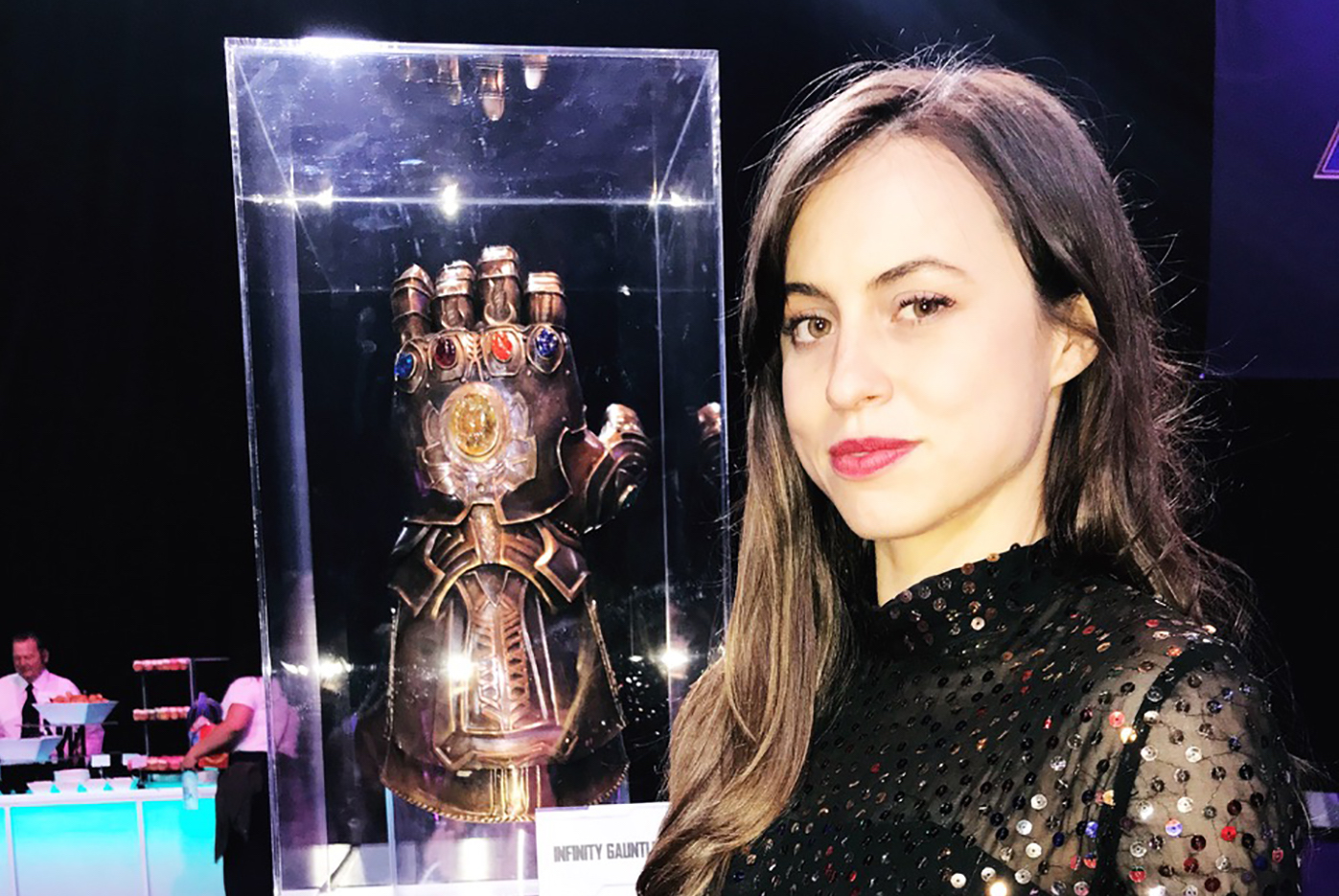 Every year at the Sundance Film Festival, Utah becomes a destination spot for filmmakers. For Hannah Long, a Lead Visual Effects Editor for Marvel Studios, Salt Lake is where it all began. “My family moved to Salt Lake when I was one year old,” Long says. “My dad‘s a … a creative writing teacher [and] a poet, so I always grew up around artists.” Long started doing theatre, taking classes and performing at City Rep’s Family Theatre (now the Parker Theatre), but her passion was always the cinema.”My dad would sit me down with Hitchcock marathons, and so at a very young age I was interested and I think I knew that this was what I was going to do my whole life. I knew that I was going to be a part of the film industry.”

Long started teaching herself editing at age 12, making short films out of clip art and anything she could find. In her late teens, she got involved with Spy Hop, a nonprofit digital arts center in Salt Lake that offers free classes to people aged 9–19. “That’s where I really learned how to become an editor,” Long says. “All the different aspects of filmmaking, from production [to] from directing to producing to shooting, I learned through them. I was actually able to skip college and then just hop into it.” Long moved to Los Angeles at 19, where she eventually landed a job as an editor on Cosmos: A Space Time Odyssey, a documentary series hosted by Neil deGrasse Tyson and executive produced by Family Guy’s Seth MacFarlane.

This led to a job on the editing team for McFarlane’s goofball comedy Ted 2. Long then worked for McFarlane for two years, watching him go into the next room and recording jokes that he was writing on the spot. During that time, she was attending  “Gatsby-level” parties that McFarlane would throw for his crews.

But it was while working on Netflix’s science fiction film Extinction that Long fell into working in visual effects. “It was a pretty low-budget movie, so we didn’t have anyone who would specialize in the visual effects,” Long says. “I mean, it was a sci-fi movie, so of course there were thousands of visual effects. They didn’t plan to have someone responsible for that, so I took on the task.”  This would be the project that would lead to a call from Visual Effects Producer David Masure-Bosco, who offered Long a job working on Avengers: Endgame.

“Visual effects editors have a relationship with the VFX supervisors in helping them to realize their vision,” Long says. She started out editing the pre-visualization, which Long describes as “the next level up from storyboards.” Once the film enters production, the VFX editors work with the main editorial team to make temporary versions of effects shots, filling in the blue screens with placeholder images that can help producers and studio executives see the story as it’s coming together. They then send those sequences to the visual effects houses that create the final imagery. “And then we’ll bring that back into the cut and make sure everything is working together in context,” Long says.

While doing Avengers: Endgame, Long got a very unexpected perk when she was immortalized in a sequence wherein Scott Lang/Ant-Man (Paul Rudd) is searching through names on “The Wall of the Vanished”, a memorial dedicated to people who were lost when super villain Thanos snapped half of the universe out of existence. “It was mostly luck,” Long says, laughing. “I’m very lucky that Long is very close to Lang. They needed a couple hundred names, and you have to have every name that you show clear.” Since it’s much easier to get permission for name use from those involved with the production, Long was asked to provide her and her sister’s names. “I brought my sister to the premiere. I didn’t tell her it was gonna be on there, so when it popped up, she screamed and was so excited.”

Long has since moved to working full time for Marvel Studios, doing some work on Eternals and the limited-run series Hawkeye, which premieres on Disney Nov. 24. While visual effects have become a major part of Long’s career, it’s not necessarily her own endgame. She has ambitions to move into a Lead Editor position and eventually to produce and direct. While Long loves working for Marvel, she still loves smaller indie films and dramas and continues to work on both types. “I still love documentaries…I just love films,” Long says. With an increasingly impressive resume, it seems that Hannah Long will be working on them for many years to come.