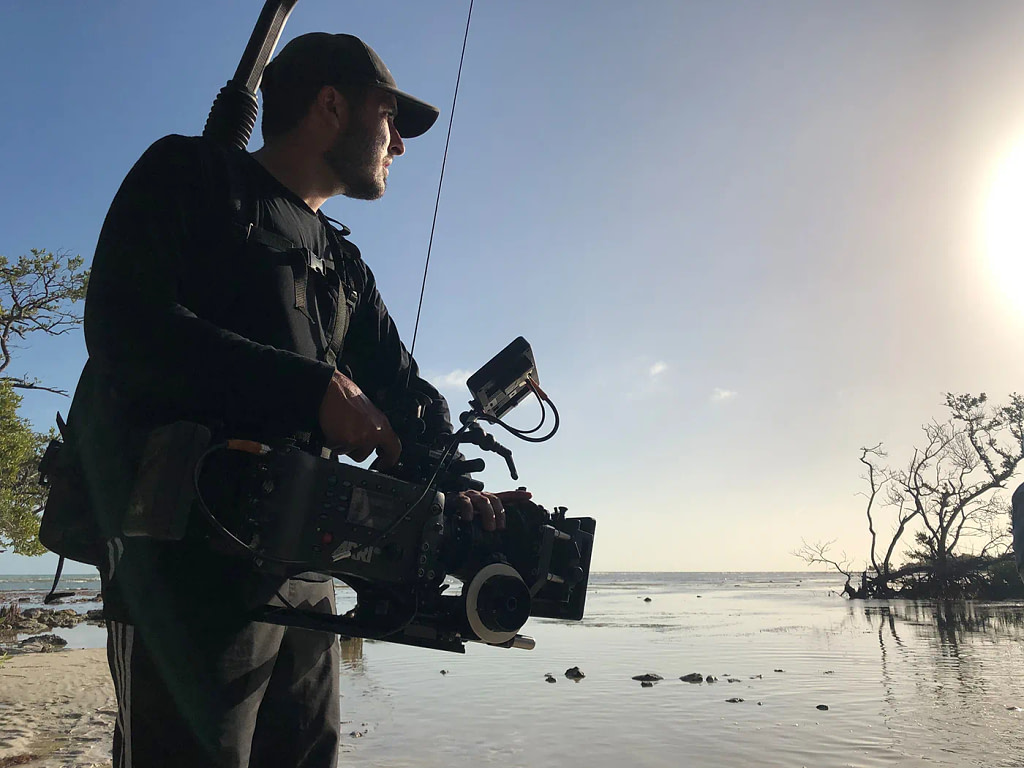 Home is Where the Heart is For Davey Fest

As the location where Jonathan and Michael Cuartas shot their feature film debut, My Heart Can’t Beat Unless You Tell It To, Salt Lake was always going to be a top-priority premiere screening for the film. Unfortunately, as it did for so many filmmakers, COVID-19 sidelined the brothers’ plans. Independent filmmakers do not give up easily, however, and the Cuartas brothers will finally screen their film this week in Salt Lake as the opening-night event of Davey Fest, which runs June 23–26.

“This has been something that I think has been a long time coming,” Jonathan says. “[Utah] is where our cast and crew worked tirelessly to create the film.” Filmed in 2019 in locations around Salt Lake City, Big Cottonwood Canyon and the Great Salt Lake, My Heart Can’t Beat Unless You Tell It To is a wonderfully original and engrossing family drama with horror overtones. The film stars Utah native Patrick Fugit (Almost Famous, Gone Girl) and Ingrid Sophie Schram (Licorice Pizza, Phantom Thread) as Dwight and Jessie, a brother and sister who find themselves at odds over the price of caring for their frail and sickly younger brother, Thomas (Owen Campbell, Super Dark Times, As You Are).

“This has been something that I think has been a long time coming.”

The Cuartas brother were born and raised in Miami, where they attended film school together and made a short version of My Heart Can’t Beat Unless You Tell It To. When it came time to shoot the feature, several locations were considered, including Miami and Texas. As the film’s cinematographer, Michael fell in love with Salt Lake’s visual range, particularly the mountains and how they shape the general aesthetic of the city. “The landscape felt like something very interesting, visually, to us,” Michael says.

The film’s producer, Kenny Riches, is based in Salt Lake, and it was through him that Patrick Fugit came on board. “Patrick was reading it, and it kind of transitions from horror to drama in certain sequences,” Jonathan Curatas explains. “[Patrick] has really dark humor, so I think he was just really into this idea.”

“Patrick was reading it, and it kind of transitions from horror to drama in certain sequences,”

Fugit and Riches shared a mutual close friend in the late David Fetzer, a Utah actor, director, producer and community activist who passed away at age 30 from an accidental prescription painkiller overdose. Davey Fest screens short films that were made possible by grants from the Davey Foundation, which supports emerging filmmakers with gear and financial grants (valued up to $5,000 each). Grantees also receive mentorship from experienced filmmakers.

The idea of kicking off the 2022 edition of the Davey Fest with a screening of My Heart Can’t Beat Unless You Tell it To felt right to Riches and to the Cuartas brothers, who will be attending the festival as special guests. “I feel very honored to be playing in this festival,” Jonathan says. The love that the local film community has for David Fetzer has been obvious to the Cuartas brothers. Through the stories that have been shared with them, they’ve come to feel a connection as well.

“I feel very honored to be playing in this festival.”

My Heart Can’t Beat Unless You Tell It To will screen on Thursday, June 23 at 7:30 pm at Brewvies Cinema Pub (677 S. 200 West in Salt Lake City). Davey Fest will continue with four programs of short films screening over a three-day period. For more information, visit daveyfilm.org.