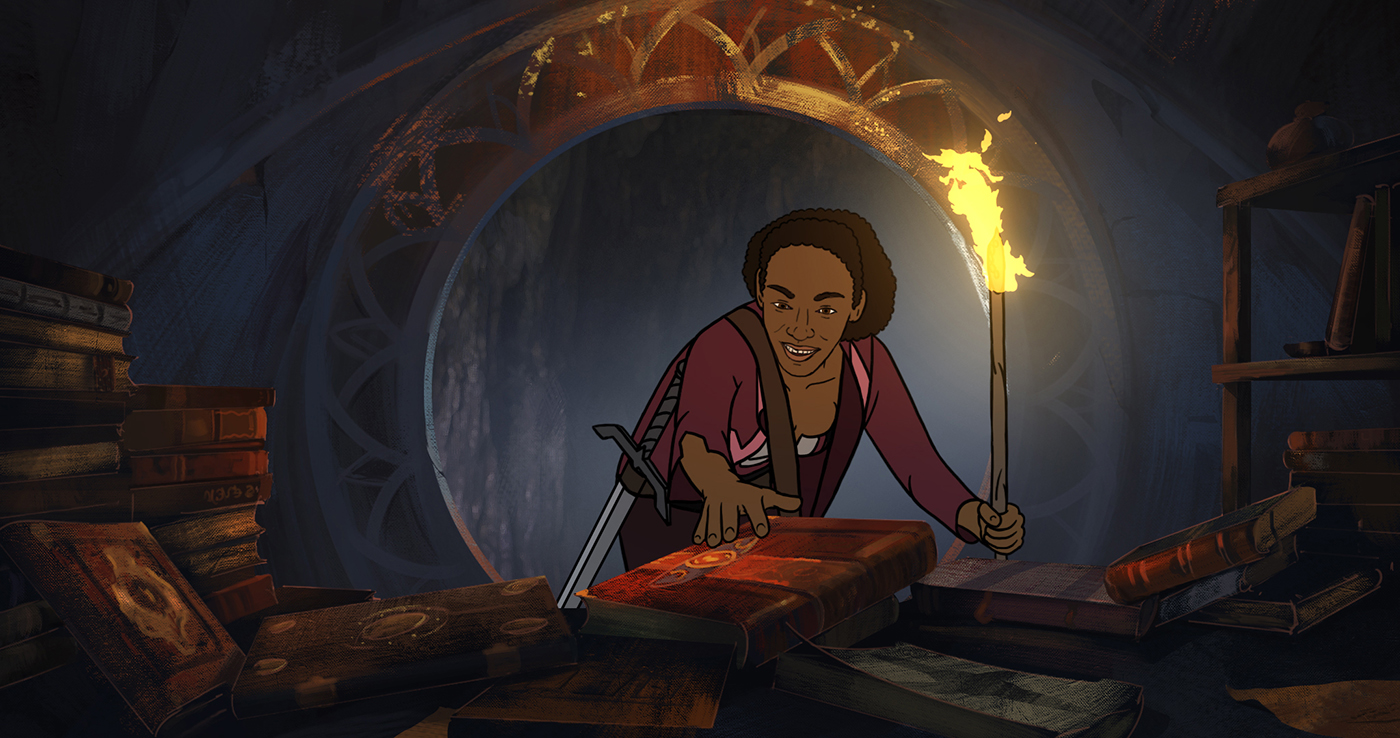 In the 1970s, Ralph Bakshi shook up the film industry by challenging the very notion of what an animated movie was by establishing an alternative to mainstream animation through independent films aimed at adult audiences. Bakshi films, including Wizards, American Pop, The Lord of the Rings and Fire and Ice, the last of which was co-directed by Frank Frazetta, all made use of rotoscoping, a technique pioneered by Max Fleischer in his groundbreaking Superman cartoons, in shooting scenes in live-action then tracing onto animation cels to create realistic-looking action and character movement. Bakshi’s works spawned a genre that includes the underground fantasy anthology Heavy Metal, but it’s been largely absent for decades. But with The Spine of Night, which premiered at SXSW on March 18, filmmakers Galen Morgan King and Phillip Gelatt are looking to change that.

“We wanted to tell a story in this specific sort of low-fantasy, adult-animation genre,” King says. “And the aesthetic that I feel has been so well-suited for that has been the hand-drawn rotoscope animation of the late ’70s and early ’80’s.” King believes that the hand-drawn approach to rotoscoping creates a timeless feel, though the techniques used for The Spine of Night were more modern than those employed by Bakshi and Franzetta in the sense that the drawings were done on a computer. “But the rotoscoping is key-framed,” King says, “hand-drawn, 12 frames per second, so it’s traditional in that sense.”

The Spine of Night is an epic tale that begins many years ago when an ambitious young man steals forbidden knowledge from a sacred plant and, as he falls to its darker temptations, unleashes ages of suffering onto mankind. As his power grows over the years, there are many who stand against him. Among them are a daring tomb robber, star-crossed lovers, a maniacal necromancer, winged assassins and an undying guardian.

“We’re telling a movie that’s moving through time in a way that I haven’t really seen an anthology movie do before,” Gelatt says, “and that was exciting to me—I think because it’s a different way to tell an anthology story, and also a different way to explore a fantasy world within the context of a single motion picture, which I think is narratively a lot of fun.”

Where King is an animator, Gelatt is known for his previous work in live action. He directed the cult horror film They Remain, as well writing the science fiction mystery Europa Report. Although, he did cut his teeth in the animation genre by writing 15 episodes of the Tim Miller series Love, Deaths & Robots.

The film features an impressive, all-star voice case, including Richard E. Grant (Can You Ever Forgive Me?, Bram Stoker’s Dracula), Lucy Lawless (Xena Warrior: Warrior Princess), Joe Manganiello (Spider-Man, Justice League), Patton Oswalt, Betty Gabriel (Get Out, Westworld) and Abby Savage (Orange in the New Black). “Richard E. Grant and Lucy Lawless were the ones that I was massively nervous about meeting,” Gelatt says, ”and they were fantastic to work with. But to a name, they’re all great.”

While the Bakshi and Fanzetta films—as well as Heavy Metal, which was directed Yellow Submarine animator Gerald Potterton—are often referred as the “adult animation genre,” King and Gelatt agree that it’s a something of a misnomer in that a lot of the core audience for these films were teenagers who were enthralled by the combination of sex, violence and other taboo elements that the movies contained. “When I say adult, I definitely mean adult for 14-year-olds,” King says, laughing at fond memories of the first time he saw a bootlegged copy of Heavy Metal at a sleepover. Both filmmakers agreed that with The Spine of Night, they were definitely aiming to tap into the nostalgia for the provocative element of that experience.

“But I also do think that we tried to build towards legitimate, mature thematics a little bit more than, say Heavy Metal does” Gelatt says, “but the vibe of it is certainly ‘look at this naughty piece of animation that we made,’ you know?”

The Spine of Night made its world premiere at SXSW online on Thursday, March 18, as part of the “Midnighters” section of the Film Festival.