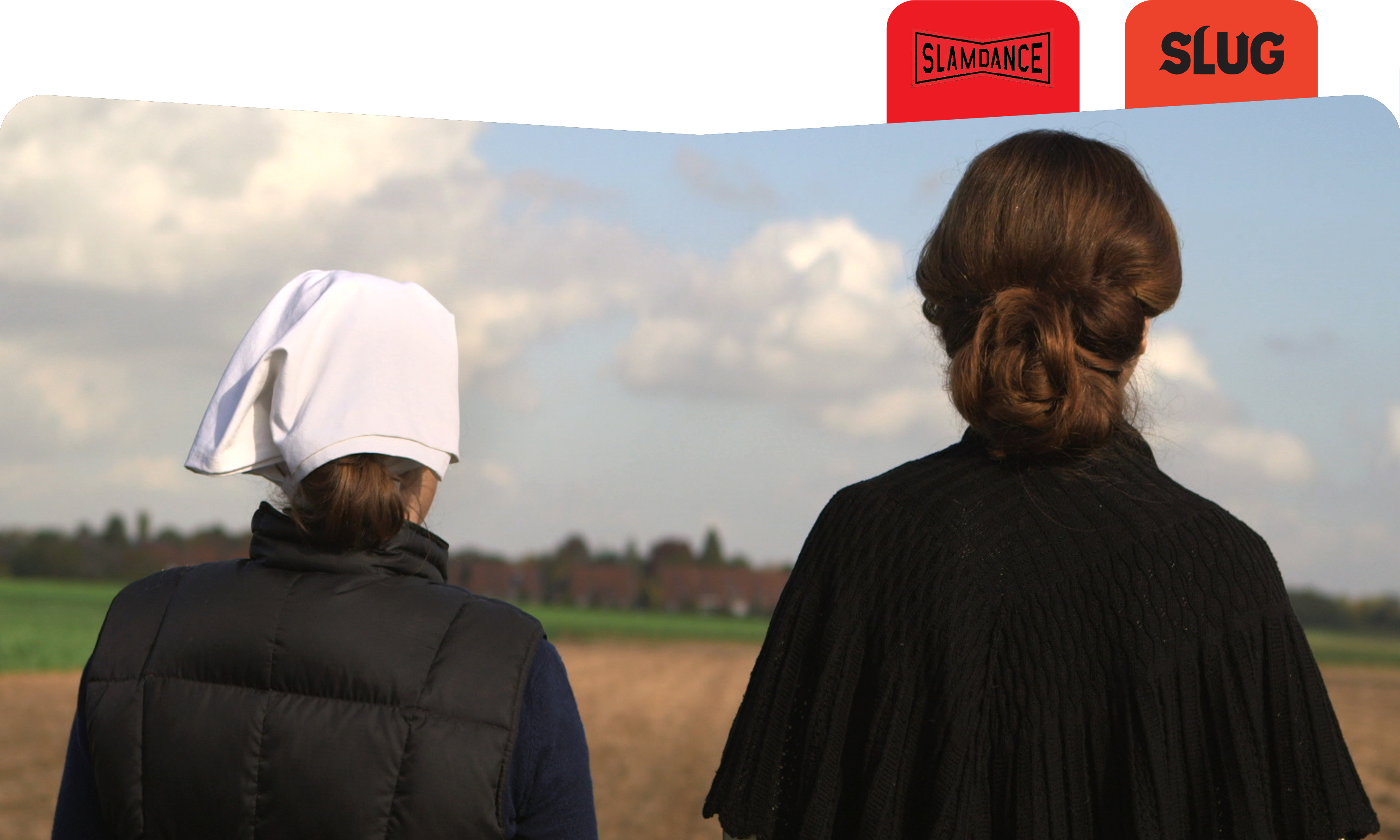 When visual artist Monika Pirch inherited a plot of farmland—measuring 1.43 hectares, or roughly 3.5 acres—she embarks on a poetic and multifaceted exploration of the field in an effort to reconnect with her ancestry and the soil. Pirch’s ensuing documentary film, 1ha 43a, is divided into six sections, paralleling her six attempts to grow closer to the land.

Throughout the video essay, Pirch deftly weaves her personal narrative into a quiet investigation of her field’s potential, which she determines through various lenses that are sometimes at odds with one another: the past versus the present, the economical versus the ecological. Pirch meets various public works administrators for counsel regarding what types of options might be feasible with her land. As she examines each option—which range anywhere from nuclear waste site to wind turbine—she also discovers the alarming number of regulations that she and her plot of land must abide by. During, Pirch also reflects upon her own family history. Mostly manifested through the companionship of an actress who represents Pirch’s great-grandmother, Wilhelmine (played by Claudia Hübbecker), Pirch explores her family’s heritage. As farmers, her ancestors tended to the same land she now owns, but lived during a different, more idyllic time. As Pirch debates whether or not to sell her land, the Wilhelmine stand-in brings in another consideration—“It would be good if the land remained in the family,” she says. Wilhelmine continues on to present a more or less obsolete perspective on the land, in stark contrast to the bureaucratic rules and regulations that Pirch must follow in the modern day and age. “Land cannot disappear,” Wilhelmine firmly tells Pirch. The following scene depicts a massive modern mining site.

It’s easy to see where Pirch’s practice as a video artist comes into play. While her documentary film is slow moving and meditative, it brings in stunningly—and surprisingly—beautiful shots, like aerial views of her field, for example, or a close-up of soil being tilled as a tractor rolls through and churns out the dirt. A couple of Pirch’s six attempts to reconnect with the land are particularly gestural, the same way a work of performance art might be: After finding old, black-and-white footage that gives step-by-step instructions on how to hand-farm potatoes, Pirch puts on a white headscarf, grabs a hand shovel, and follows the procedure. Shots of her digging in the soil are interspersed by grainy footage of 20th-century farmers, which are themselves juxtaposed by shots of large tractors completing the same amount of work—planting, watering, harvesting—in a fraction of the time.

Pirch connects her family tradition and the tangibility of her soil to loftier issues of law and economics, biodiversity and sustainability. As Pirch tries to determine just how much freedom she truly has in deciding what to do with her property, she also investigates the type of responsibility that comes with it: to her family, to her community and to the environment. After all, Pirch discovers, fertile farmland is a nonrenewable resource, one that grows scarcer and scarcer—but remains just as necessary—as we continue to grow in technology and industry. Bringing to mind Ross McElwee’s Bright Leaves, Pirch’s 1ha 43a takes us on a deeply personal quest that simultaneously sheds valuable light onto some of the most impactful, consequential, and very real questions of our world.