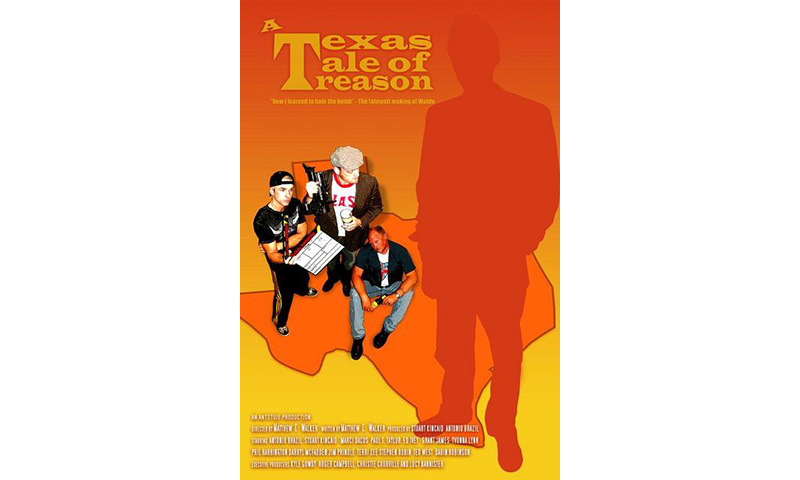 Review: A Texas Tale of Treason

When Alex Cox allowed a group of aging punkers from Texas to make the sequel to his 1984 cult classic Repo Man, what did he really expect to get back? A Texas Tale of Treason follows the ups and downs of creating a film in a truly DIY fashion. Operating on a budget of only a few thousand dollars, the blue-collar punk rockers from Antstuie Productions put all they had into making Waldo’s Hawaiian Holiday, only to encounter every single problem they possibly could have. Director Stuart Kincaid sold off a rare BMW motorcycle and even transformed his house into a dive for the film, but his passion was no match for Alex Cox’s general uncooperation. The crew is hassled by the cops and the fire department and plagued by casting problems (the Vietnamese convenience store owner doesn’t speak a word of English), but their collective passion for the project allows them to soldier on until Cox rescinds the rights to his script. In the end, Antstuie isn’t allowed to make the movie, but it’s cool to see a group of people doing something they’re passionate about on their own terms, even after their hero turned out to be a douchebag. -Ricky Vigil