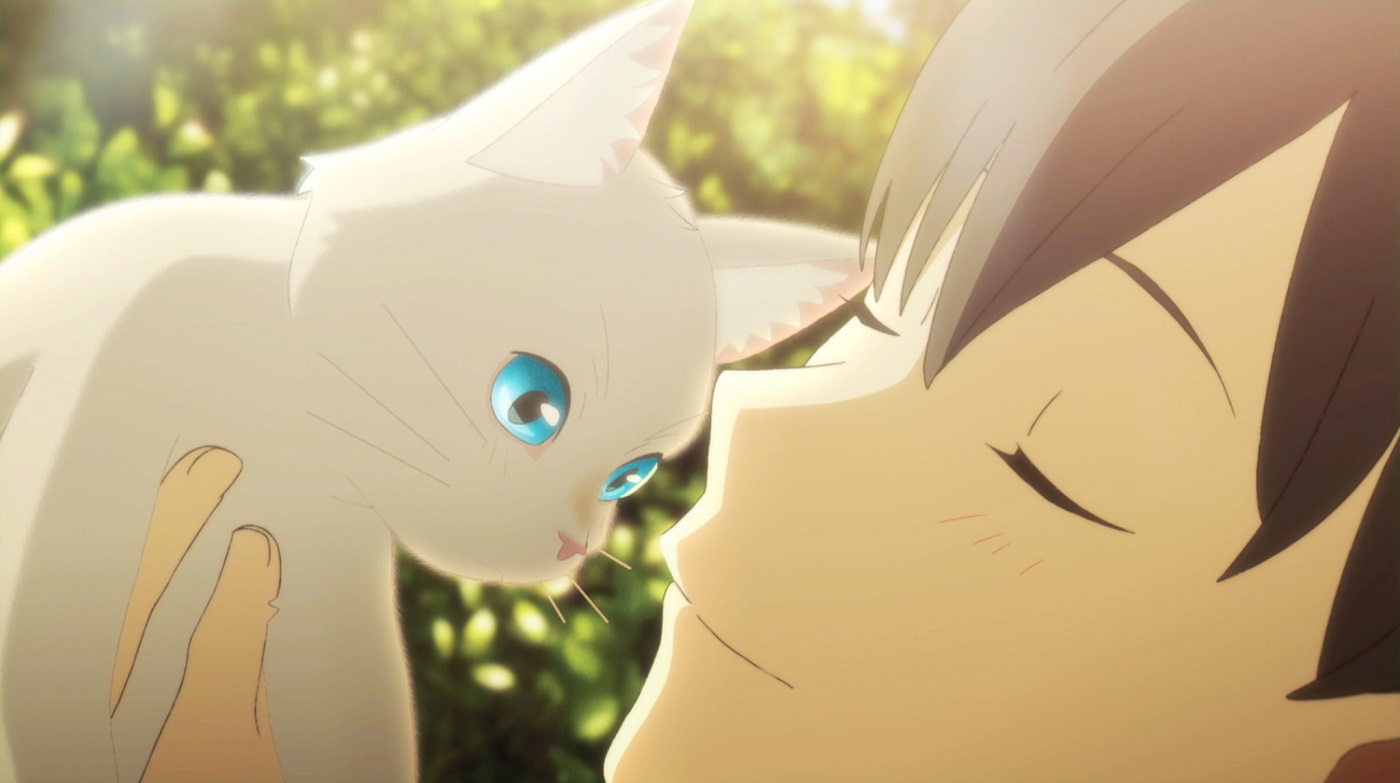 Film Review: A Whisker Away

A Whisker Away (泣きたい私は猫をかぶる, lit. “Wanting to Cry, I Pretend to Be a Cat”)
Directors:  Jun’ichi Satô and Tomotaka Shibayama

The COVID-19 pandemic has impacted the film industry on a global scale, not just in Hollywood.  A Whisker Away was meant to have a major theatrical run in Japan, but when the cinemas closed, the finished film was sold to Netflix for distribution, a shrewd move considering the popularity of anime on the streaming service.

The film tells the story of Miyo Sasaki (voiced by Mirai Shida) a junior-high student, who is nicknamed “Muge” by her classmates (an acronym for “Miss Ultra Gaga and Enigmatic,” because Japanese and English translate just that seamlessly). Muge is driven by a singular obsession: her undying love for her fellow classmate, Kento Hinode (Natsuki Hanae). While her home life is less than ideal—her parents split, and she lives with her father and his new girlfriend—school is different, even though she is teased and avoided by many. Muge does not care, because she gets to see Hinode, and she  lives for a smile or a kind word from him, refusing to get discouraged by his clear lack of interest.

But one day as she walks home from school, a mysterious “Mask Seller” approaches her with an enticing object: a magic mask that can transform her into a cat. As the adorable white cat Taro she is able to connect with Hinode in a way she can’t as a human, and he lavishes her with affection. But the more Muge transforms into Taro, she risks the possibility of never being able to turn back into a human again. She now faces a difficult choice, and she is forced to make both a literal and figurative journey as she examines just who she is and  who (or what) she wants to be.

A visual feast that is full of endearing characters, A Whisker Away is sweet and sensitive. It portrays the insecurities and fears of adolescence, and the desperate need for validation that comes with such feelings, and it does so with insight and wisdom. It’s a blend of whimsy and sophistication, and also explores some surprisingly deep themes in what plays as a character drama until the final third. The fantasy adventure element becomes much more pronounced, though the shift is handled with finesse.

Directors Jun’ichi Satô (Neon Genesis Evangelion:  The End of Evangelion, Magic User’s Club! And Sailor Moon)  and Tomotaka Shibayama (Grimgar, Ashes and Illusions) are both seasoned directors in series television, and they make an impressive feature debut together. The story unfolds like a modern fairy tale, with a bit of a Pinocchio–meets–The Little Mermaid vibe, but in the best way.

The animation here is gorgeous—especially the cats—and that alone is enough to warrant a recommendation for anime fans. But I also found myself pulled deeply into the story, and the relatable characters and themes make this a great film for tweens and young adults (but frankly, I shed a few tears myself).  A Whisker Away is a breath of fresh air, and one of my favorite films of the year so far.  –Patrick Gibbs