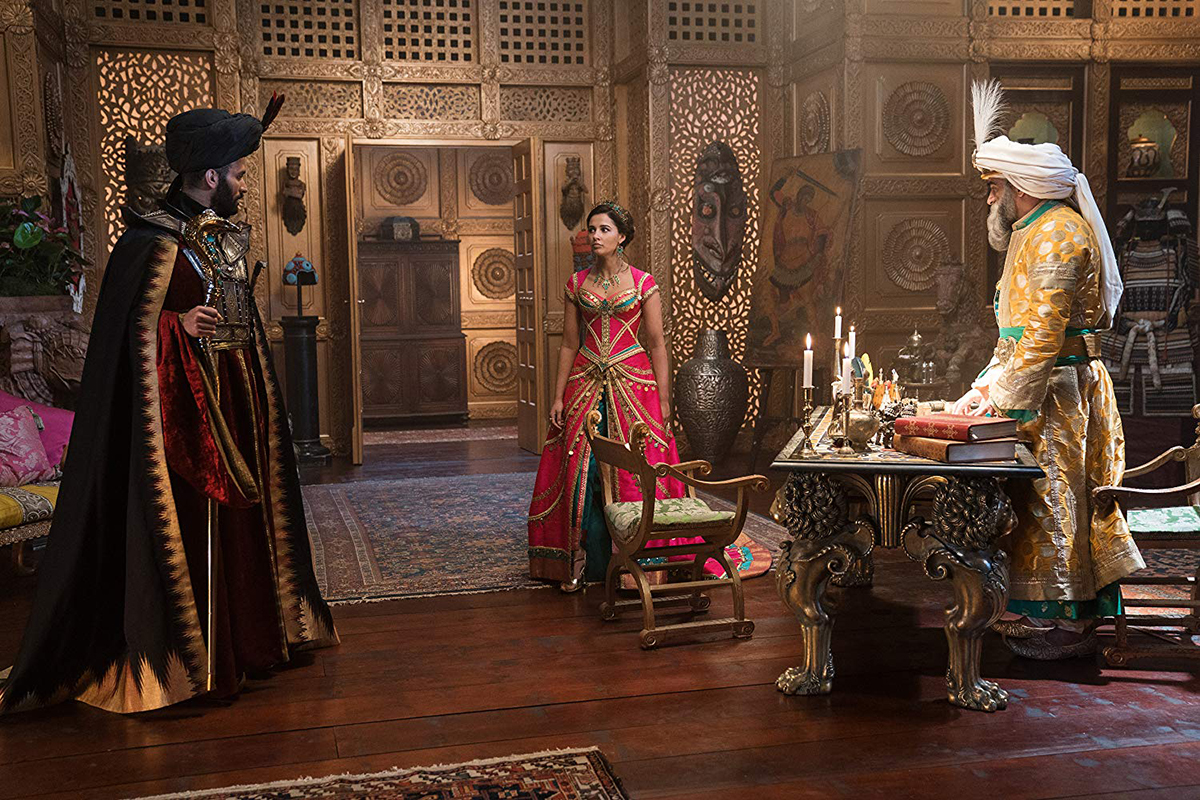 Many people question why Disney continues to take their animated classics and revamp them into modern-day adaptations. It’s a silly question once you witness the box office numbers. In 2019 alone we were given Tim Burton’s interpretation of Dumbo in March, and in July, we will see Jon Favreau’s version of The Lion King. However, slapped right in the middle of those two releases is probably the most interesting conception of the trio. It’s been 27 years since the story of Aladdin became a permanent staple in the Mickey Mouse company, but to imagine Guy Ritchie—the man behind Lock, Stock and Two Smoking Barrels and Snatch—as the one to helm its creation is something on a different level.

In this rendering, Aladdin (Mena Massoud) is an impoverished thief who unknowingly befriends Princess Jasmine (Naomi Scott) while on the streets of Agrabah. Once the princess’s true identity is discovered, Aladdin’s only wish is for them to be together, and, with the help of a lost magic lamp and an all-powerful genie (Will Smith), that wish may come true—unless the evil Jafar (Marwan Kenzari) prevents it from happening.

The surprising theme that Ritchie invokes with this tale is the low-level criminal with a heart trying to do somewhat good in this unfair world. The most effective element to this update is the revitalization of the character Jasmine. Rather than a more passive individual as she’s portrayed in the original, this time around she is courageous and has the desire to lead her people as sultan. Composer Alan Menken, who developed the score and music in the ’90s, rejuvenates the orchestral component and includes a new song entitled “Speechless,” which will easily receive award consideration. While it does take some getting used to not having the legendary Robin Williams as the genie, Smith holds his own before the credits roll. From the stunningly beautiful costume designs to the thunderous musical set numbers, Disney has once again developed a production viewers both young and old can tap their feet to with a fantastic point of view leading the charge. –Jimmy Martin