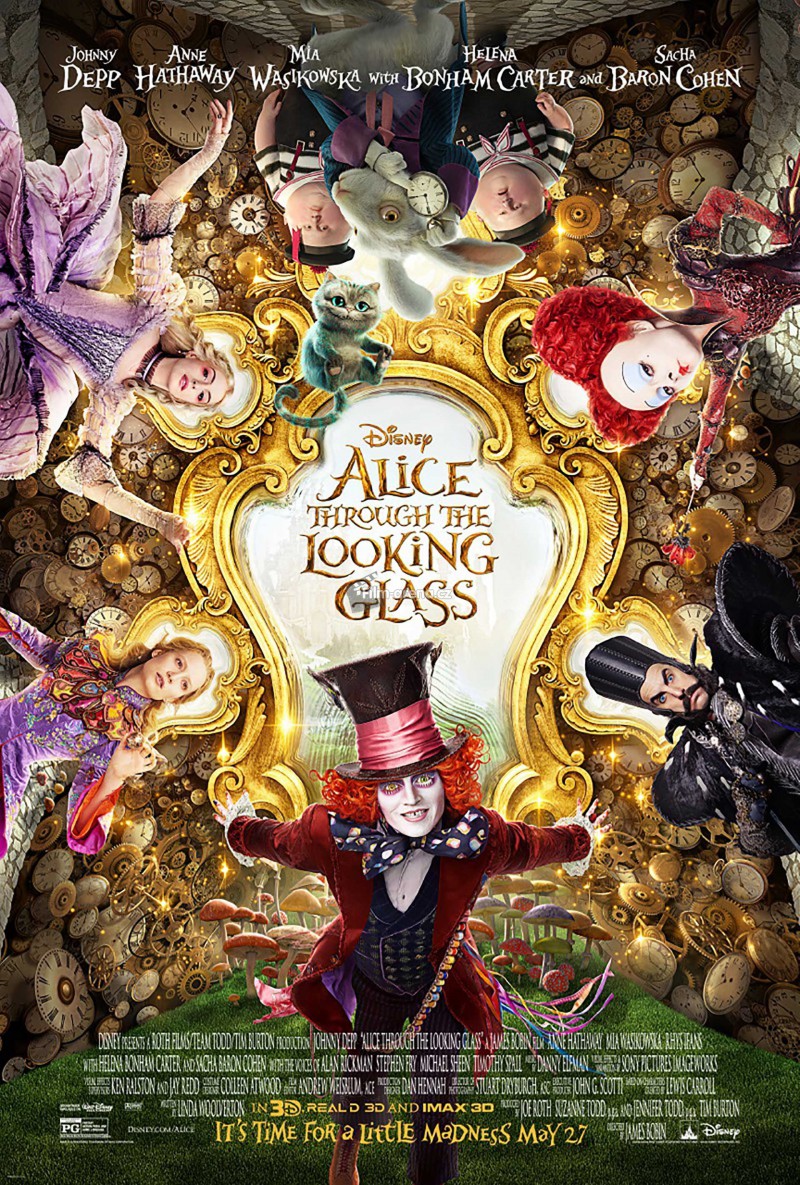 Alice Through the Looking Glass

Six years ago, I found it quite surprising that this film’s predecessor made more than a billion dollars at the box office. Granted, 67 percent of that was from foreign countries, but it still made me cock my head to the side and ponder. Director Tim Burton revealed a mesmerizing landscape, but, in the fashion of George Lucas and the Prequels, focused on technology rather than storytelling. This time around, director James Bobin attempts to rectify the issue with a time traveling tale that puts Alice (Mia Wasikowska) at the center of attention again as she attempts to save the Mad Hatter’s (Johnny Depp) life by changing the course of history that made the Queen of Hearts (Helena Bonham Carter) who she is today. I’ll put the honesty cards on the table and admit that any movie dabbling in time travel gets my juices flowing. There’s a flux capacitor tattooed on my leg, and I don’t mind watching Jean-Claude Van Damme’s Timecop every now and then. With that out in the open, I actually prefer Bobin’s journey to the original. Burton’s original landscape is still present, and there are some crafty effects offered with Sacha Baron Cohen’s character, Time. Is it perfect? Absolutely not. Some strands of time feel clunky and unnecessary. With a running time of 113 minutes, Alice Through the Looking Glass could be easily brought down to 90–100 minutes and none would be the wiser. If you’re hoping for another elongated journey with Depp’s Hatter, don’t get your hopes up. The actor mainly lies in bed looking at death’s door rather than bobbling around, reminiscent of the original adventure. Once again, Carter is fantastic as the heartless member of the royal family, and Anne Hathaway is the perfect choice as her opposite-behaving sister. Do you think they’re acting, or does it just come naturally? –Jimmy Martin