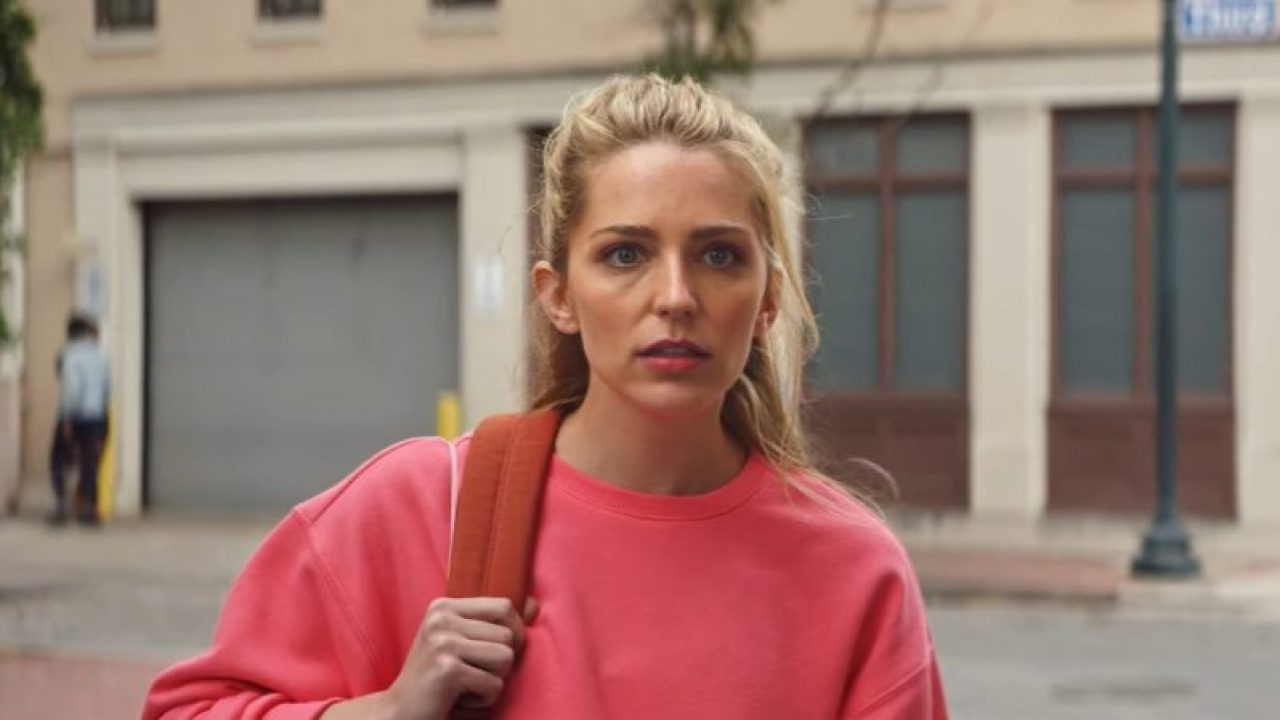 Film Review: All My Life

All My Life
Director: Marc Meyers

A month or so ago, I had the misfortune of sitting through a horrendous film called 2 Hearts, a soggy and manipulative inspiration-porn weepie that made my want to claw my own eyes out with a soup spoon just to have something else to think about. Because of this, I entered  All My Life with some trepidation.

Jessica Rothe (the Happy Death Day films) and  Harry Shum, Jr (Crazy Rich Asians) star in the “true story” of Jenn and Sol, a perfect pair who fall head over heels in love. But when Sol starts feeling intense stomach pain in the middle of the night, he is rushed to the hospital and diagnosed with liver cancer. Sol battles the illness with Jenn at his side, but in December of that year, he is given the diagnosis of six months to live, making their plans for a summer wedding impossible. In a race against time, Jenn and Sol’s friends launch an online fundraiser for $25,000 to help the couple create their dream wedding in just two weeks. In the process, people around the world unleash an outpouring of generosity and attention.

Director Marc Meyers (My Friend Dahmer,  We Summon The Darkness) may seem like an odd choice to direct such a film, but if you look over his filmography, he has at least as much experience with this sort of cornball melodrama as he does with the dark and disturbing. Overall, I found All My Life to be surprisingly easy to watch, but that should not be confused with a recommendation. It’s a little like successfully eating something for the first time after the flu: Just because I didn’t vomit doesn’t mean it was a memorable experience. It’s a lot better than 2 Hearts, but I wouldn’t go so far as to call it good. The problem is that it’s such a simplified, phony version of the story that it feels more like a chain email, a meme or even a commercial for GoFundMe than it does a movie. And apparently, Jenn and—especially—Sol were hatched from pods, because there’s absolutely no indication that either of these two have relatives of any kind, which really jumps out at you because Sol is the only noticeably Asian person in the film.

The couple’s circle of friends plays like a focus group was assigned to watch TV until they saw enough examples of young people socializing with each other to be able put together a reasonable facsimile, complete with the one token but utterly generic black friend (Jay Pharoah, Saturday Night Live) and the bearded lady from The Greatest Showman. The latter isn’t given a character, per se, but is introduced just early enough that when she sings at the wedding we say, “Oh, that’s why she’s in this” instead of asking how much of the $25,000 went to booking Keala Settle as the entertainment, or wondering how much more Bette Midler would have cost.

The leads give committed performances, and All My Life left me really wanting to see Shum get more leading roles, but the pair are at their best in the lighter moments. The more serious the movie gets, the sillier it gets, which I found that infuriating, as there is a very powerful film to be made out of this story. But in order to do so, not only  would they have to make these characters three dimensional, they would have to deal with the less warm and fuzzy elements of the tale and not just Sol’s actual death, which of course the audience gets to skip over.

An honest film would have to seriously explore the complexity of how such sincere altruistic endeavors come with inherent complications, and how turning someone who is suffering into an inspirational celebrity traps them into that role forever. It burdens them with the simple fact that people purchased a feeling of entitlement to be vicariously uplifted by their struggle forever, rather than allow them to experience the highs, lows and PTSD that come with what they endure. The real Sol died suffering—he didn’t fade away in a dissolve to a shot of the ocean. And the real Jenn isn’t all sunshine and rainbows every day. She no doubt has days where she feels unimaginable pain. This movie doesn’t allow the character to have these moments, and thus furthers the pressure on the actual person not to share it when she does, because no one wants to think about that aspect of the story. They just want to feel like they did some good and move on.

I’m not by any means trying to belittle anyone who gave, or question their motives, but life is never simple or clear cut, and a movie that purports to be a “true story” shouldn’t be, either. That’s the problem: All My Life doesn’t take place in anything resembling real life. –Patrick Gibbs