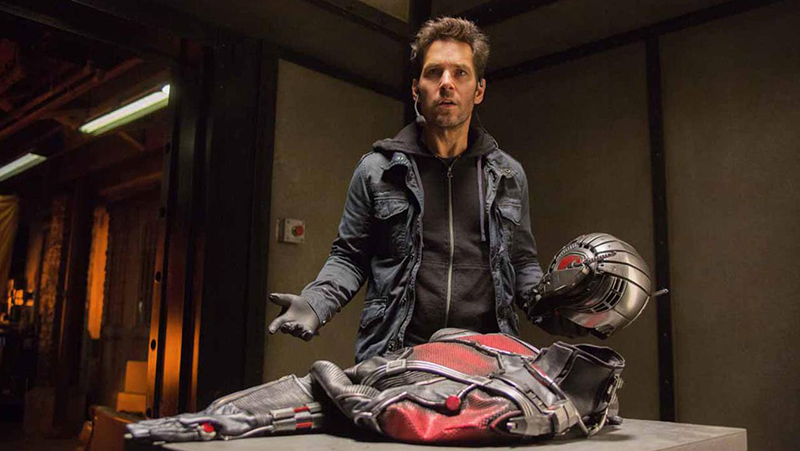 The fact that I’m sitting here writing a review for a big-budget Ant-Man movie makes my inner geek giddy with joy! What a great time we are getting to experience. In the latest addition to the Marvel Cinematic Universe, Dr. Hank Pym (Michael Douglas) wants to recruit down- on-his-luck cat burglar Scott Lang (Paul Rudd) to become the new Ant-Man and halt Darren Cross’ (Corey Stoll) project to create an army of miniature foot soldiers. Along for the superhero training is Hope van Dyne (Evangeline Lilly), who continuously questions why she wasn’t selected for the mission. Many know that writer Edgar Wright has been pushing for this project since before the first Iron Man film, but left due to creative differences, which is why Peyton Reed took the helm. It’s a departure I question, and I wonder how different the final cut would have been. It’s easily the funniest Marvel movie to date, and Rudd is the perfect choice as an unusual superhero, but the film does contain some minor issues. It suffers from origin-itis and takes too much time to get the wheels spinning by over-explaining the superpowers, character introductions and montages. With that said, Marvel actually pulled off an entertaining Ant-Man movie! Read that previous sentence again and try to tell me it’s not a great time to be a geek. P.S. I love you, Garrett Morris! –Jimmy Martin