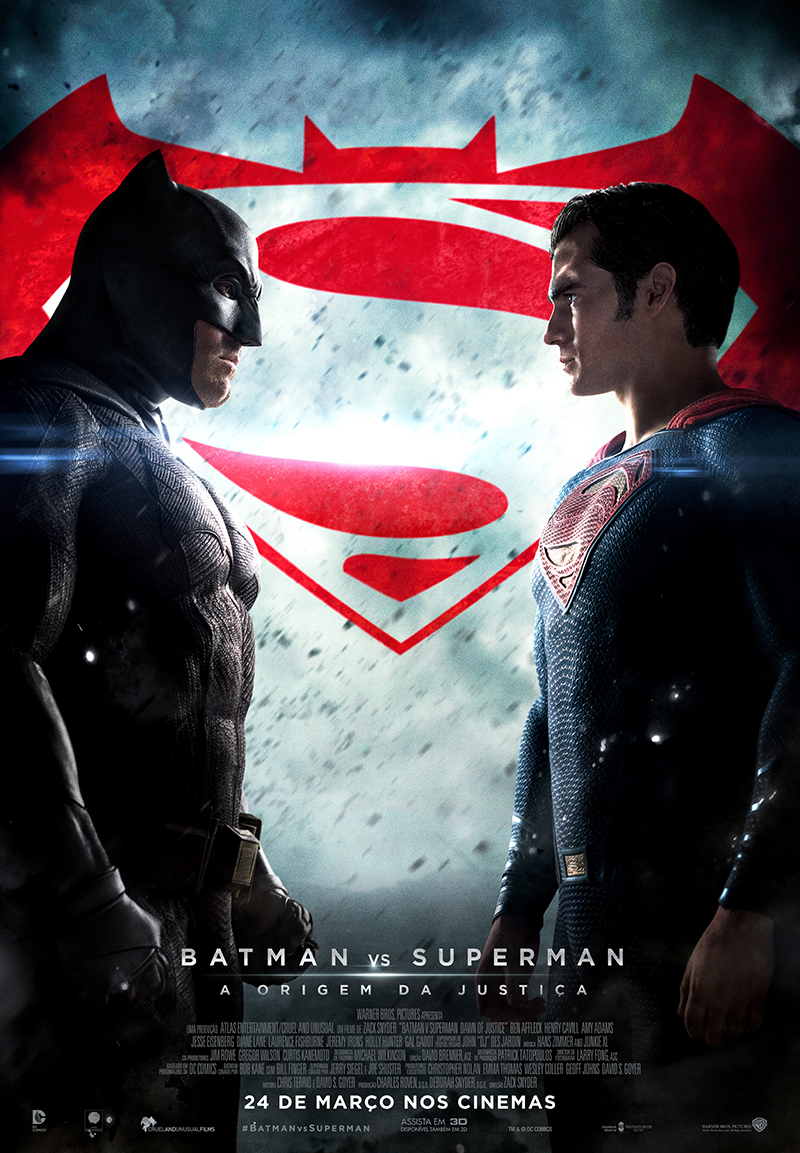 With superhero movies dominating the box office due to the onslaught that is the Marvel Cinematic Universe, it was only time before their comic book counterpart was going to join the fight. Director Zack Snyder gave us a new look at the Man of Steel (Henry Cavill) in his updated version of the caped alien three years ago, and now he brings in the rest of the DC gang to join in on the fun. Starting right where Man of Steel left off, we catch the pedestrian version of the Metropolis battle as Bruce Wayne (Ben Affleck) attempts to save his employees from certain death. Fast -forward 18 months, and Mr. Wayne with his faithful servant, Alfred (Jeremy Irons), seek a way to bring the unknown space visitor to his knees. Across the bay, psychotic multi-millionaire Lex Luthor (Jesse Eisenberg) is attempting the same feat. While many critics have bashed this production harder than Superman would punch a skyscraper, it honestly doesn’t deserve such harsh treatment. When dealing with the two biggest superhero names in the universe, many walk in with unreasonable expectations. Yes, there are issues. It’s entirely too long. The first 30 minutes of Batman v Superman could be shaved off completely and no one would be the wiser. Also, do we really need to see Thomas and Martha Wayne shot in the alley again? I think the entire planet knows Batman’s origin. Eisenberg got a different memo on how to act in the film and, while exciting to see, introducing the rest of the potential Justice League is unnecessary in this point of the venture. With that said, the action is amazingly intense. Affleck is a fantastic Bruce Wayne/Batman, and Gal Gadot as Wonder Woman steals the show. The fight between god and man is a back-and-forth battle that this critic could watch over and over. It may not be perfection, but Batman v Superman: Dawn of Justice certainly does its job in bringing the entertainment. –Jimmy Martin