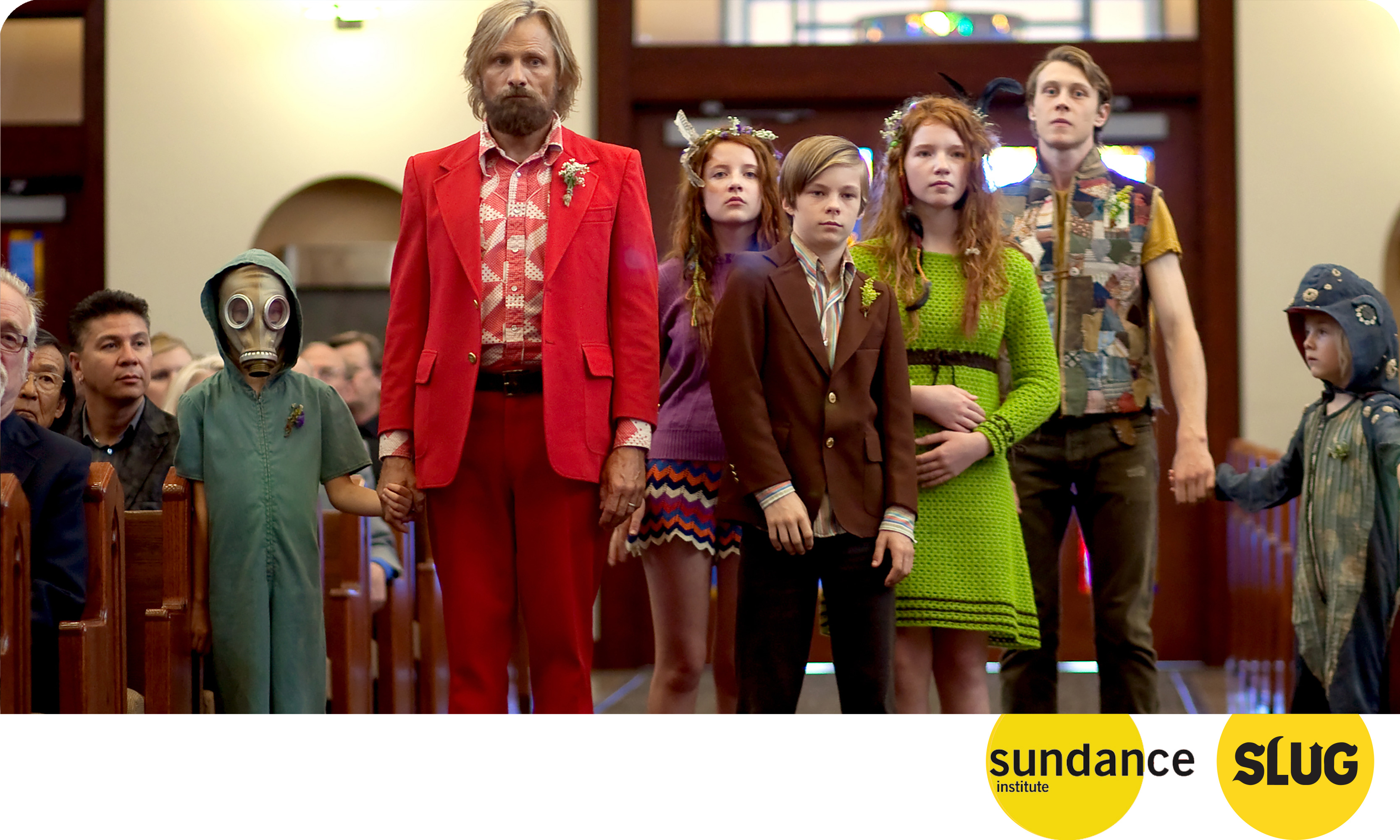 Regardless of a filmmaker’s talent, making a meaningful drama about a quirky family is like navigating a minefield. Celluloid families are typically plagued with some degree of syrupy sweetness or sappy tragedy, but Matt Ross’s Captain Fantastic captures the emotional core of what makes all families tick and his stellar cast promptly follows suit. He also invests a lot of faith in his younger cast members, and the results make me think that younger actors are way more talented than the movie industry seems to think. This risk-heavy filmmaking is likely what makes Captain Fantastic such a successful film.

Ben (Viggo Mortensen) and his wife Leslie (Trin Miller) have chosen to leave the consumer-driven world of American capitalism and raise their six children far off the grid. The two parents build a self-sufficient home in the wilderness. Here, they make sure their children are well-versed in science, history and the works of Noam Chomsky while simultaneously teaching them how to hunt and kill a deer with nothing but a knife. When a family tragedy forces them to leave their harmonious wilderness home and interact with the world as most of us know it, there are some obvious bumps along the road. Writer/director Matt Ross (fans of Silicon Valley will know him as Gavin Belson) uses this fish-out-of-water story to offer up some hilarious critiques of modern society, targeting everything from organized religion to public education. Though Ross’s anti-establishment script had the potential to become preachy and pessimistic, he wisely avoided those pitfalls by drawing up an equitable perspective for all of his characters. The family’s suburbanite relatives played by Steve Zahn and Kathryn Hahn are excellent foils to Ben’s parenting methods, and watching their two families butt heads is the perfect imagery for the story’s main conflict.

Ross’s script uses each of the many contrasting familial ideologies not to try and prove that there is one right way to raise a family, but to prove that the opposite is true. Though we love Ben’s unorthodox methods for raising his children, we also realize that he needs to let go of the initial hostility that caused him to bring his family into the wilderness. Captain Fantastic does a nice job showing how different families struggle, but doesn’t claim to have the answer. Instead, it seeks to prove that every family is less of a static institution and more of an evolving organism.

While the adult actors in Captain Fantastic are great, it’s the film’s younger members that make this film work. Investing so much of the plot in younger actors is a huge gamble for a filmmaker, but each member of Ben and Leslie’s family, from oldest Bodevan (George MacKay) to the youngest twins Nai (Charlie Shotwell) and Zaja (Shree Crooks), are well-drawn characters. Costume designer Courtney Hoffman (The Hateful Eight) deserves a lot of the thanks for this—her creative designs that create a spot-on representation of each as a character—but the performances definitely should not be overlooked.

Captain Fantastic feels like a film that is cut from the same cloth as Little Miss Sunshine. It successfully blends a touching family drama with well-timed comedy and all of the unpredictability of a road movie. It was an ambitious project for everyone involved, but each element came together with an apparent effortlessness that made the film such a joy to watch.