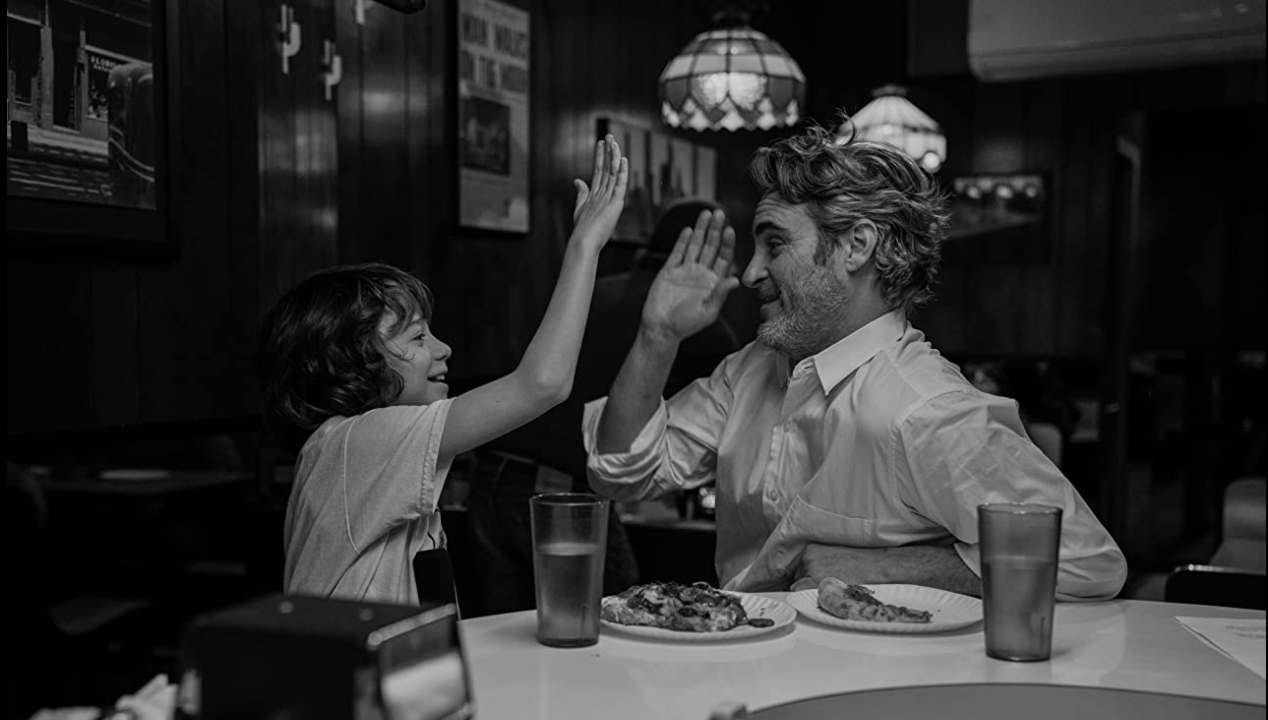 Photo Courtesy Have Fun When You Can

Movies about kids and movies starring Joaquin Phoenix share one thing in common for me: When they’re phony or pretentious, they fall flat, but when they’re approached with honesty, they can be truly great. C’mon C’mon is among the very best of both kid-oriented and Phoenix films I have ever seen..

Phoenix stars as Johnny, a radio journalist who is traveling the country  interviewing children and asking them about their lives and thoughts about the future. When Johnny gets to Detroit, his sister, Viv (Gaby Hoffman, Field of Dreams, Transparent) gives him an unexpected phone call from LA. It seems that Viv has to go to Oakland to care for her estranged husband while he receives inpatient treatment for his bipolar disorder. Although Johnny and Viv haven’t spoken to each other since their mother’s death a year ago, she needs help taking care of her nine year-old son, Jesse (Woody Norman) and has no one else to turn to. Johnny flies out to help, and ends up offering to let Jesse come stay with him in New York while Viv deals with the family crisis. The bond that forms between Johnny and Jesse is gradual and life changing for both of them.

Writer-director Mike Mills (Beginners, 20th Century Women) has made a masterpiece of sensitive insight. C’mon C’mon portrays what it’s like to be a kid not by drawing conclusions or even by remembering what it was like, but by really listening. The dynamic between Johnny and Jesse is beautifully real, with Phoenix capturing that middle ground between parent and cool friend that only a good aunt or uncle can be, as well as the middle ground between nuisance, joy, responsibility and best friend that only you can only get with a niece or nephew. Mills and his team interview and record real kids with real fears and real feelings, and it’s breathtaking to hear.

Phoenix gives a career-best performance that has a gentle sense of reality to it, and Norman is simply extraordinary. Jesse is the antithesis of a mugging sitcom kid, and he’s disarmingly mature in ways that are startlingly real. C’mon C’mon eloquently captures the way that as a non-parent caregiver, there are moments where you simply forget that this young person you’re spending your time with isn’t on a level playing field with you—easy to forget until you get abrupt reminders of their vulnerability and fragility.

As someone with a lot of championship-level uncling under my belt, the film connected with me on a visceral level. I love seeing a portrayal of that terrifying moment when you don’t know where the child is from that perspective, because as frightening as it is a parent, as an aunt or uncle you have that weird, added element that this time, if you were trusted with their favorite thing and you lost it, there’s no fixing that. The chemistry between Phoenix and Norman is nothing short of phenomenal, and whether Phoenix or Hoffman were cast with the fact that they are former child actors in mind, there’s no question that it adds to their ability to connect with Norman, as well as to the resonance of the obvious fact that we are all former children.

Everything about C’mon C’mon, from the gorgeous black-and-white cinematography to the editing, is pure perfection, and the movie deals with some heavy subject matter including mental health issues, dementia, parental death and the effect it has on families. Somehow, C’mon C’mon still manages to be joyous and life affirming. It’s a great film that serves as a reminder of the importance of being your best self and the effect that we all have on each other, as well as the wisdom to be found in the philosophical mind of a child. –Patrick Gibbs