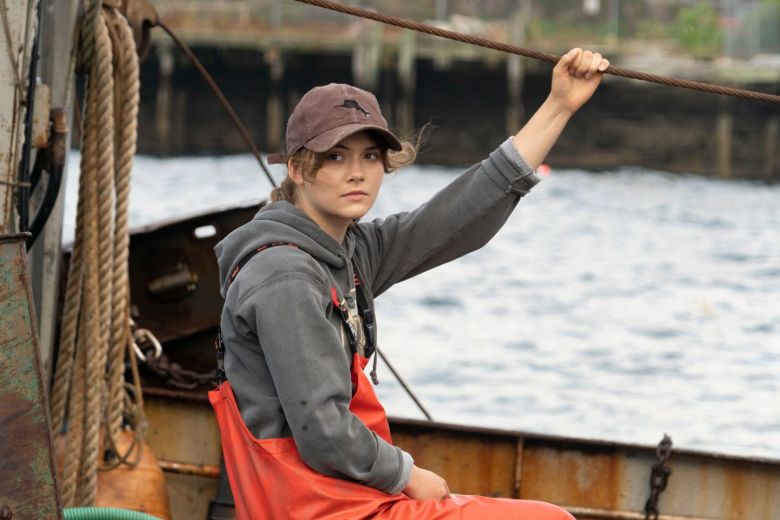 The 2021 Sundance Film Festival kicked off it’s first night with the premiere of writer-director Siân Heder’s new, family-based comedy-drama, CODA, and what an amazing choice it was to get things going. In a year when the festival has had to adapt to different ways of reaching audiences, CODA perfectly encapsulates the idea of challenging narrow viewpoints regrading the ways we communicate, the ways we live and the ways we love.

Ruby Rossi (Emilia Jones, Youth, Brimstone) is the only hearing member of a deaf family, a Child of Deaf Adults (CODA). Ruby is only 17, but her lifestyle and level of responsibility far surpasses her age, as she works mornings before school to help her parents (Troy Kotsur and Academy Award–winner Marlee Matlin) and brother (Daniel Durant) keep their Gloucester fishing business afloat, acting as the ears and mouthpiece of the family. But in joining her high school’s choir club, Ruby finds herself drawn to both her duet partner (Ferdia Walsh-Peelo, Sing Street) and her latent passion for singing. Her enthusiastic choirmaster (Eugenio Derbez) hears something special and encourages Ruby to consider music school and a future beyond fishing, leaving her torn between obligation to family and pursuit of her dream.

Heder returns to Sundance after making a splash in 2016 with Tallulah, and she leaves every other feature filmmaker at the festival with a very tough act to follow. CODA is heartwarming and hilarious, and every single frame is filled with inspiration and a remarkable passion for life, art and the bond of family. Jones’ energizing breakout performance is so fantastic that it’s hard to put into words, and the temptation to toss out comparisons to the kind of impressions made by Jennifer Lawrence in Winter’s Bone or Hailee Steinfeld in True Grit are not at all unwarranted—but let’s be clear, she’s not in anyone’s shadow.

The rest of the cast gives Jones a lot of support, especially her on-screen family. The chemistry between them is so strong that it’s disarming, and it’s impossible not to fall in love with the Rossi family. Kotsur is delightful as Ruby’s eccentric father, Frank, who argues that his marijuana use is medicinal because he’s deaf. Heder’s insistence on using deaf actors to portray deaf characters isn’t so much laudable as it is the only right way to do it, and the realism and dignity it brings to the film is incalculable. Durant has some truly glorious and emotional moments as the older brother who feels babysat by his little sister, and Matlin, whose comic talent is too easily forgotten, is simply divine in one of the best roles of career.

I could go on and on about how much I loved CODA, and about how I may well have to drop something else from my schedule to fit in a second viewing, but I hardly think I need to lavish it with too much praise, because I have a feeling it will be seeing wide distribution in the very near future. A crowd pleaser this good doesn’t come along often, and if Netflix or Amazon doesn’t snatch this one up before the festival is over, there is something seriously wrong with them. CODA is an instant classic. –Patrick Gibbs