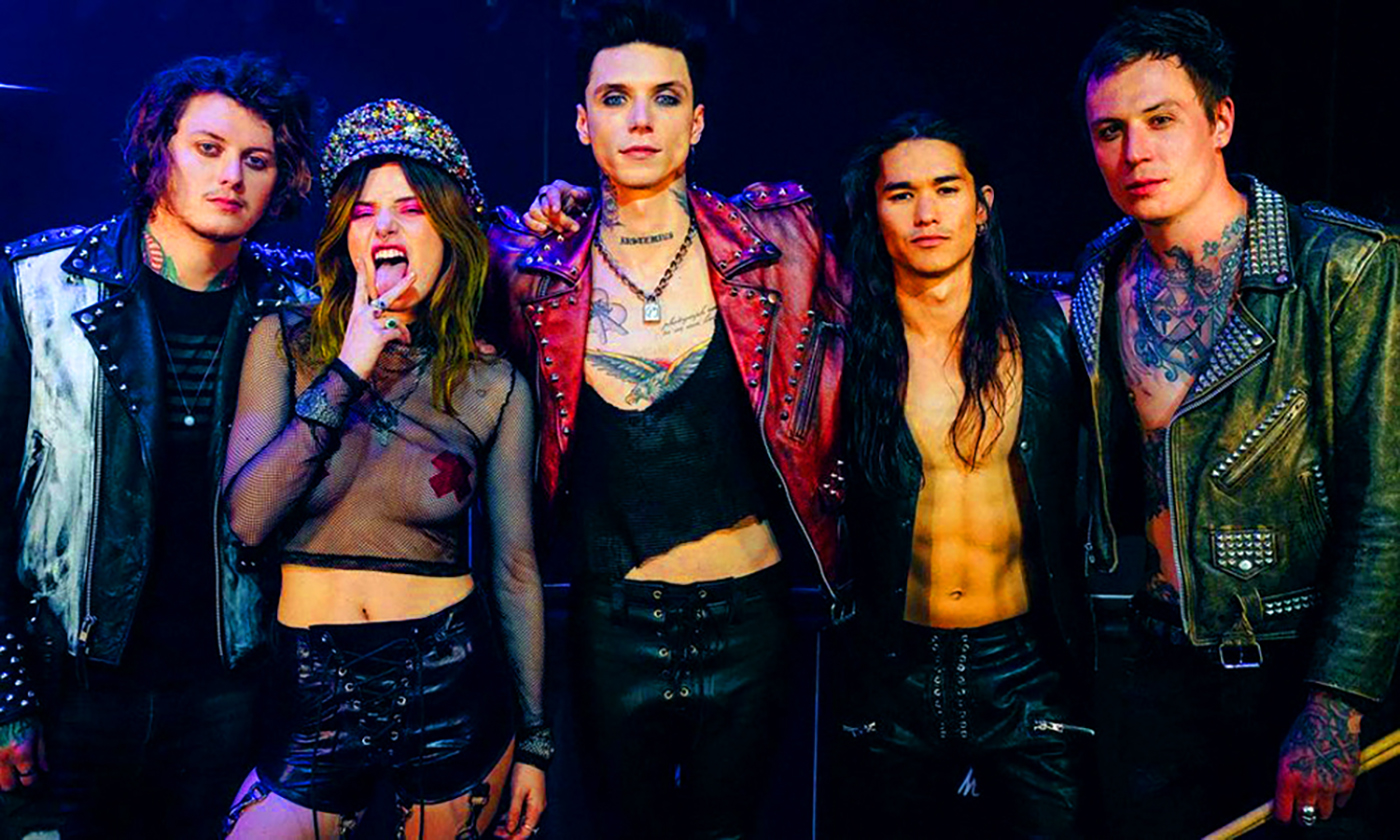 Music documentaries drop all the time, but comedies and dramas centered on musicians are a rarer find than a 311 fan with a GED. Probably because it’s tough to fabricate a compelling version of an already ridiculous job, and you can’t top the respective TV and movie zeniths of the genre, The Monkees (1966–68) and Josie & The Pussycats (2001). Rock movies have set endpoints and are limited to a couple of hours, making it easy to nail a great finale. Like in the final act of Almost Famous (2000), when rock journalist William Miller’s check from Rolling Stone bounces and he’s evicted from his apartment. Related: I don’t miss rock journalism. TV, on the other hand, has struggled to sustain rock & roll stories over multiple episodes, let alone seasons. Here are 10 music–based TV series that nearly got it right, only to be canceled after a year or two—burn fast, burn bright-ish. 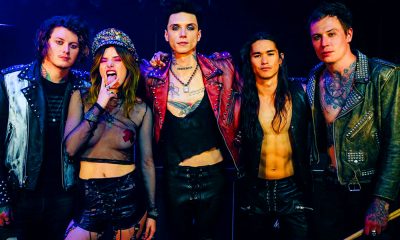 It’s either stupid or ballsy to produce a follow-up series to a movie nobody saw; Paradise City (a sequel to 2017’s American Satan) is both. The story follows The Relentless, an on-hiatus L.A. rock band forced to reunite for the fans and, more importantly, the money (which apparently all goes to Hot Topic). Behind the band D-R-A-M-A, there’s a ham-handed supernatural subplot about Heaven vs. Hell, making Paradise City a rock & roll fable that’s too cocksure and ambitious for its own good. Axl Rose would be proud. 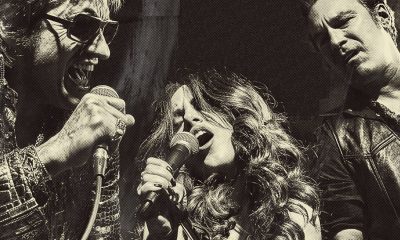 Singer Johnny Rock (Denis Leary) is a 50-something almost-was whose band broke up upon the release of their debut album in the early ’90s. When the 21-year-old daughter (Elizabeth Gillies) he never knew suddenly turns up with a proposition to reform that band, but with her as lead singer and him as the offstage songwriter, shit gets weird and hilarious. S&D&R&R gives Leary and his comic crew free reign to eviscerate modern music and pop culture right up to the “OK Boomer” edge—and the songs are great, too. 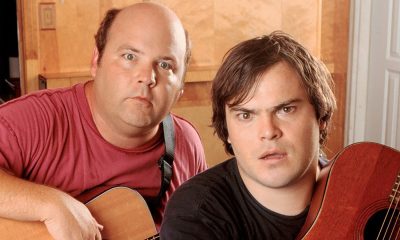 Before Tenacious D actually became the Greatest Band on Earth in the early 2000s, they played it in this gloriously dumb 1997-2000 series. JB (Jack Black) and KG (Kyle Gass), armed only with acoustic guitars and epic delusions of grandeur, rule open-mic night at the local bar while waiting for their genius to be discovered. Between gigs, JB and KG engage in misadventures with Sasquatch, annoyed neighbors, lost guitar picks, rage-clogging, and a turd-worshipping religious cult (known today as the GOP). 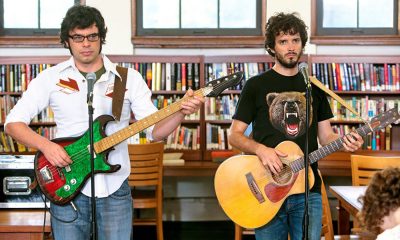 Flight of the Conchords (Seasons 1–2 on HBO Max)

On the other end of the vainglory spectrum, New Zealand musical duo Flight of the Conchords (Bret McKenzie and Jemaine Clement) struggle to make it in America, aided/hindered by inept manager Murray (Rhys Darby). The fast-and-farcical dialogue, imaginative plotlines, and all-killer-no-filler original song playlist ultimately doomed Flight of the Conchords, as McKenzie and Clement burned out after two perfect seasons because writing on such a virtuoso level is grueling (hey, tell me about it). 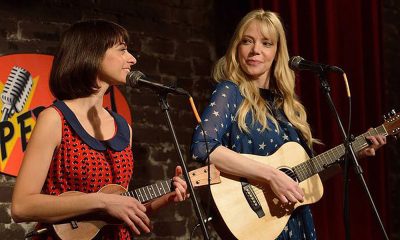 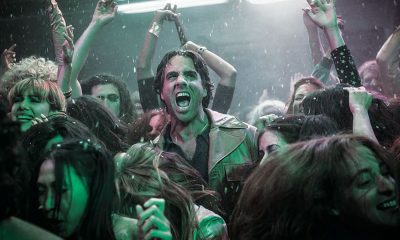 HBO banked big on Vinyl in 2016, believing it had a rock & roll Game of Thrones on its hands. Nope. Vinyl, part fact-based ‘70s music scene chronicle, part rock fairytale, and all cocaine-cranked swagger, bombed harder than the New York Dolls (who are hilariously portrayed here as a competent live band). Record company prez Richie (Bobby Cannavale) is out to save rock & roll, his label, and his own ass as Vinyl thrashes forth like the love child of Almost Famous and The Velvet Goldmine—in other words, a wild, fast ride. 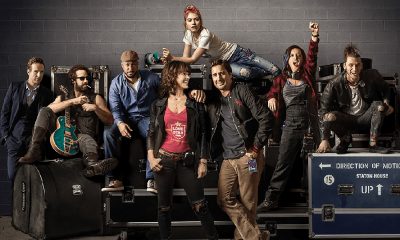 Debuting on Showtime a couple of months after Vinyl, Cameron Crowe’s Roadies was a more earnest and laidback love letter to rock, both the business and the people. Almost too laidback: the 10-episode first (and only) season hazily follows married tour managers Bill (Luke Wilson) and Shelli (Carla Gugino) and the motley road crew of the fictional Staton-House Band, never reaching any destination. Still, the performances are fantastic, including an impressively understated turn by Colson Baker (a.k.a. Machine Gun Kelly). 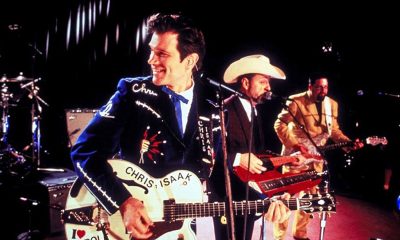 Never properly released on DVD or streaming, The Chris Isaak Show was Showtime’s answer to Curb Your Enthusiasm, with singer Isaak playing a fictionalized version of himself. The 2001–04 series proved Isaak to be a near-match for Larry David, but with deadpan handsomeness and spangly outfits in place of red-faced rage and dad sneakers. The Chris Isaak Show did borrow situational awkwardness from Curb, but also seasoned it with some David Lynch-ian weirdness: Chris talks to a naked mermaid only he can see. 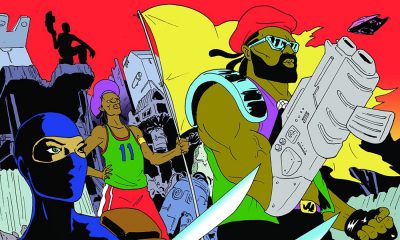 Major Lazer isn’t just Diplo’s EDM group—it’s also a splashy animated series about a Jamaican superhero with a laser-gun arm who battles evil whiteys (namely, President Whitewall and General Rubbish). Major Lazer looks like a classic ’80s cartoon filtered through an atomic bong, and the surreal storylines include “Rave Rats,” “Suckoids,” and a plot by Dr. Nerd (Andy Samberg) to steal all of the universe’s low frequencies to create one massive bass drop. No recreational drugs are required to watch Major Lazer; it’s its own high. 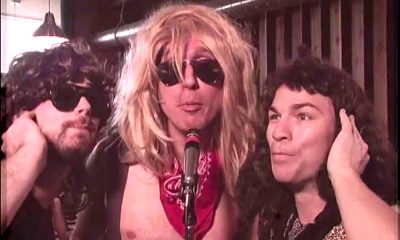 In 2005, web series Yacht Rock broke the internet with badly-filmed and worse-acted tales of ’70s and ’80s soft-rock stars gracing the world with “smooth music”—and it’s still funny as hell. The 12-episode series jabs icons like Kenny Loggins, Toto, the Doobie Brothers, Hall & Oates, Steely Dan, the Eagles, and even Van Halen in a flurry of terrible wigs, over-the-top acting, and a boatload of improbably licensed music. Some of Yacht Rock is based in fact, but it’s best taken as seriously as a mustache finger tattoo (’member those?).