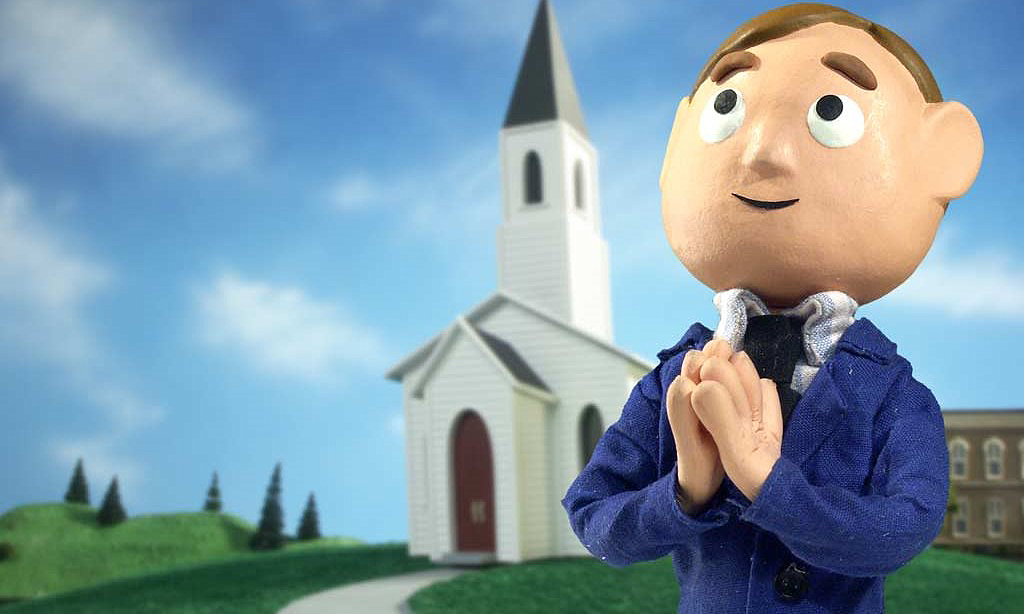 As this tattooed-anarchist-commie-progressive-liberal publication continues to wage War on Christmas (which I will refer to as Xmas from here on out), Content Shifter is all-in on the holidays. Why? Because spending time with TV is far more rewarding than wasting it with family.

The ultimate TV source of Xmas Joy™ is Adult Swim. Here are 11 of the best yuletide episodes from Adult Swim to stream between eggnog blackouts. 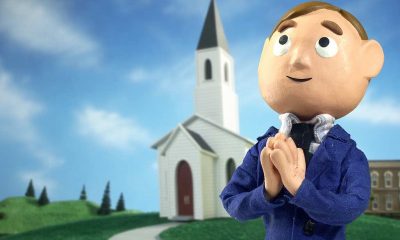 “The Best Christmas Ever” (Season 1, Episode 10): One of the most gloriously anti-Christian TV series of all time, stop-motion-animated Moral Orel went dark AF for Xmas. Young boy Orel believes his little brother Shapey is the reborn, vengeance-hungry Jesus, and, equally distressing, his parents are divorcing. With two minutes left of Xmas, Orel finds his dad getting drunk at the local bar (“Forgetty’s”) and prays for divine intervention. Nothing happens; fade out. Chef’s kiss. 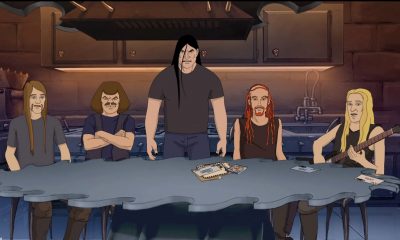 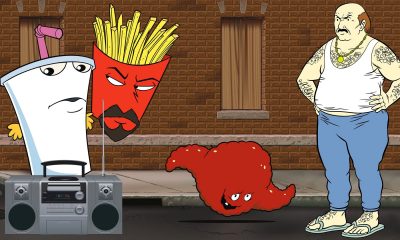 “Cybernetic Ghost of Christmas Past from the Future” (Season 1, Episode 18): The Aqua Teen Hunger Force’s next-door neighbor Carl is visited by the Ghost of Xmas Past, who happens to be a psychotic robot. The robot tells Carl and the ATHF that the original Santa Claus was an ape (“Sir Santa of Claws”) as he fills Carl’s above-ground pool with elf blood. To get rid of the robot, Carl sells his house to Glenn Danzig, who thinks the elf-blood pool is the home’s best feature. 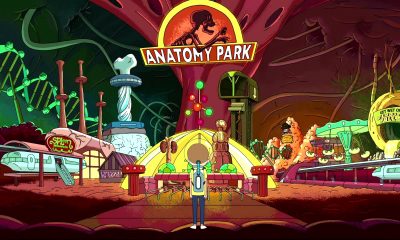 “Anatomy Park” (Season 1, Episode 3): Rick brings a homeless man in a Santa suit to the house and creates a Jurassic Park–esque amusement plaza in his body. After Morty is microscopically shrunk and injected into Anatomy Park, the Santa dies and Morty is trapped in the park and hunted down by viruses and bacteria (too soon?). Rick takes the Santa body to space and explodes it, rescuing Morty as Earth is showered with blood and guts. Also, Jerry still sucks. 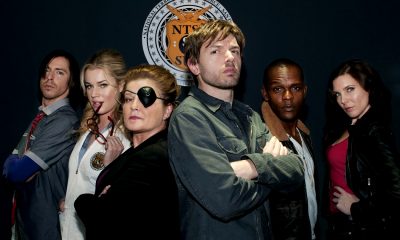 “Wreck the Malls” (Season 3, Episode 12): The terrorist-busting NTSF:SD:SUV crew attempt to stop an evil Santa and his elf goons from taking a mall hostage to steal valuable Petey the Pitbull dolls. Inside the mall, team wildcard Trent races against time to save his sons (Cherokee and Jericho—nice), Die Hard–style. After Santa is literally torn apart by crazed shoppers, we’re left with the moral of the story: “Don’t trust anyone you love, and don’t love anyone you trust.” 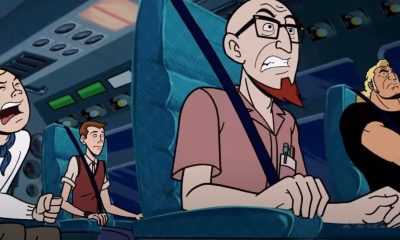 “A Very Venture Christmas” (Season 1, Episode 14): This twisted riff on A Christmas Story finds Dr. Venture repeatedly waking from dreams within dreams within dreams, one of which involves him escaping being sodomized by Krampus. The Xmas dreamscapes also feature several guest characters from Venture lore, including archenemy The Monarch, who’s plotting to blow up the Venture compound with a C4 Baby Jesus. This is all more poignant than it sounds. 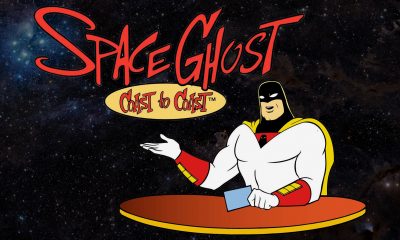 “Waiting for Edward” (Season 5, Episode 12): As talk show host Space Ghost attempts to interview guest star Denis Leary (it’s 1998; Leary was a thing), Moltar announces that not only is he going to blow up the planet, but he’s also throwing a Total Devastation Sale (“30% off all men’s outerwear!”). After the planet explodes, cut to Space Ghost telling a group of children, “And so, kids, that’s the story of how I saved Christmas—now get back to work, ya fat humps!” 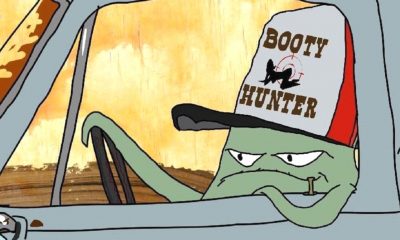 “The War on the War on Christmas” (Season 11 episode 9): Local millionaire Dan Halen installs a multicultural evergreen representing all religions at the Dougal County shopping center for Xmas, which angers Christian redneck Early. After nailing himself to a cross at Halen’s Winter Solstice Festival, Early sets out to take back “Merry Christmas” from PC culture and Starbucks, only to bring the evergreen crashing down and killing bystanders. Bill O’Reilly smiles up from hell. 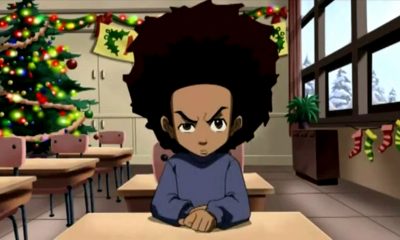 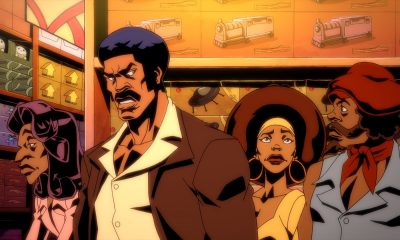 “A Crisis at Christmas or The Dark Side of the Dark Side of the Moon” (Season 1, Episode 5): To get the poor children of the Whorephanage moon rocks for Xmas, Black Dynamite joins O.J. Simpson on a lunar mission. But, when O.J. leaves him stranded on the moon, everyone believes BD to be dead—and they’re cool with it. When Black Dynamite finally returns with the moon rocks, he flushes them down the toilet because the kids are “ungrateful.” Damn straight. 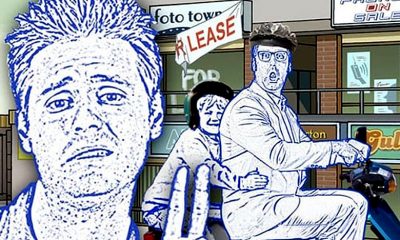 “Rats Off to Ya” (Season 1, Episode 4): When Tom comes up with an idea to sell novelty “Rats Off to Ya”’ T-shirts to raise money for his son’s Xmas present, The Mayor gets him a kiosk at the mall. Soon, “Rats Off to Ya” is stolen by a chain store and turned into a pop-culture hit, leaving Tom penniless. But he concludes that the joy he inadvertently brought to people is the true reason for the season—as is getting fucked over by local government and corporate America.