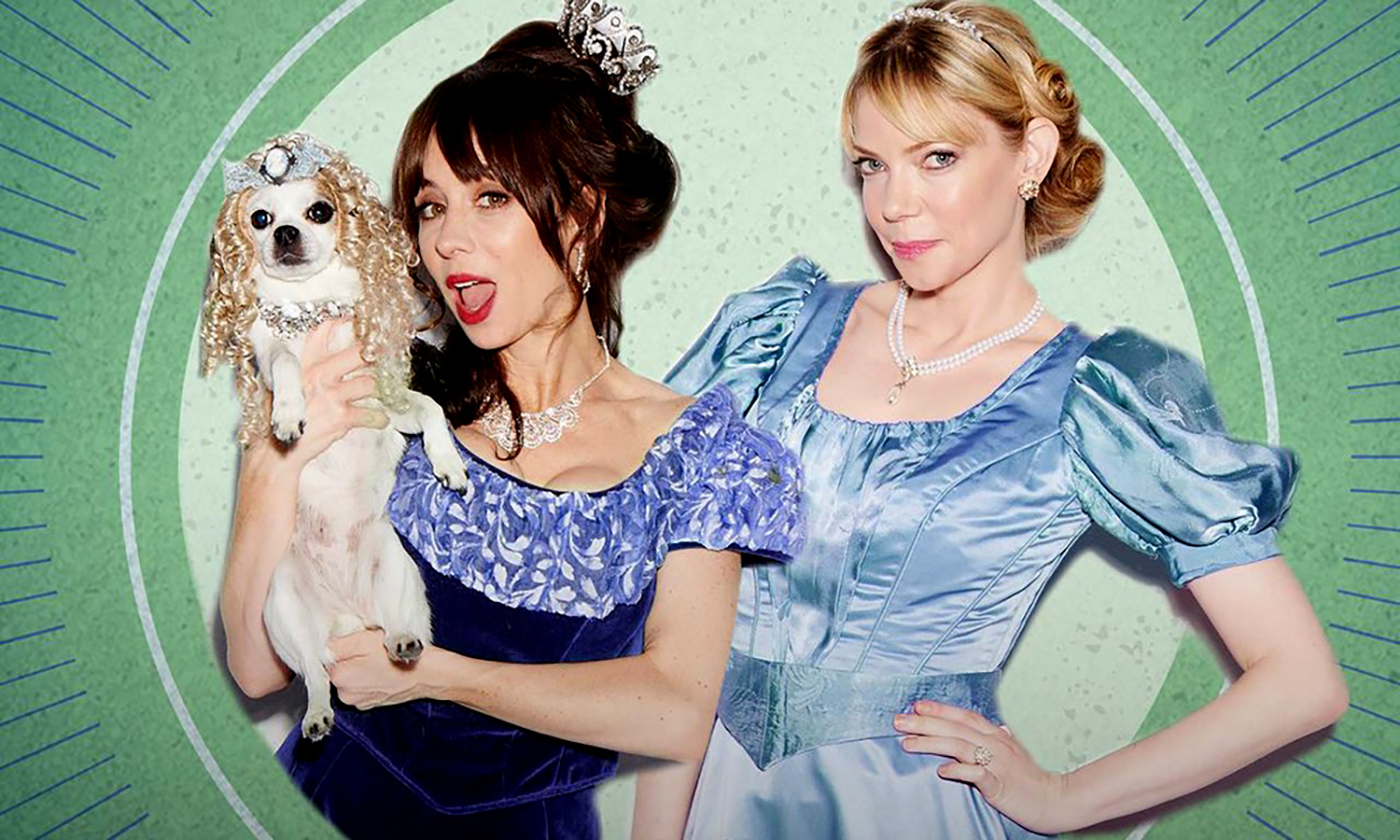 Before you go on an inner monologue rant about “these new goddamned streaming TV thingies popping up all the goddamned time,” know that Paramount+ (yeah, another “+”) isn’t “new.” It’s just 7-year-old CBS All Access with a new paint job, so goddamn relax.

The CBS All Access name did the service no favors. It sounded like Boomer backwash aimed at the 60-to-Dead demographic looking to binge the entire NCIS franchise before ascending to that great “Whites Only” diner in the sky. Paramount+? It’s sleek! It’s hip! It’s now!

It’s also way more inclusive, with a catalog of classic content that extends beyond just CBS: Comedy Central, BET, MTV, VH1, and Nickelodeon are in the mix, too. For ’90s kids, that means hours of retro-lounging with Beavis & Butt-Head, Invader Zim, and Ren & Stimpy (the Gen-X Mount Rushmore).

Here are 11 more comedies to check out on Paramount+ that you may have missed the first time around. Or get your NCIS on—you do you. 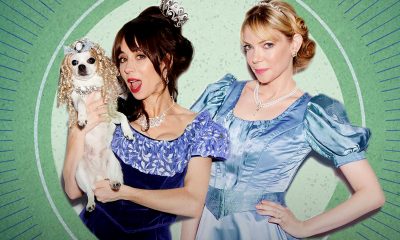 Natasha Leggero and Ricki Lindhome created and star in a mashup of Downton Abbey, Keeping Up with the Kardashians and Drunk History that sounds ridiculous in theory, but is hilariously ridiculous in execution. Leggero, Lindhome and a sprawling comic cast double down on the class discord and casual misogyny of 1902 Rhode Island aristocracy, going for taboo laughs where straight period pieces just swell the forlorn music. Another Period could not be made in 2021. 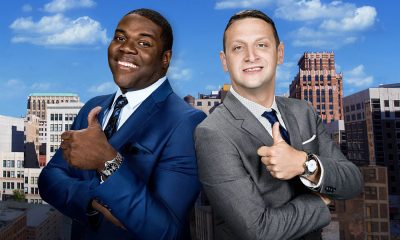 Best friends Tim (Tim Robinson) and Sam (Sam Richardson) are creatives at Tim’s father’s Detroit ad agency, producing cheap-o TV commercials for local businesses. Detroiters has a warmth and goofy zing missing from most Comedy Central series, and the guest stars are left-field AF (including Jason Sudeikis as a Chrysler exec, wrestler Kevin Nash as Tim’s dad, and Detroit newscaster Mort Crim as himself). Way better than Robinson’s I Think You Should Leave. [Ed: The entirety of SLUG Magazine‘s Editorial department strongly disagrees with such a claim.] 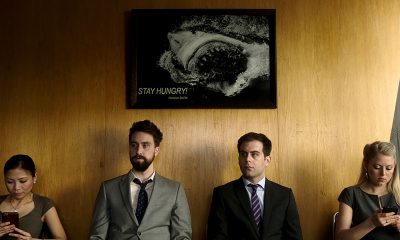 The exact opposite of Detroiters, Corporate is a cold, dystopian wallow in the mundanities of office life that’ll make you reconsider ending your work-from-home exile. Desk drones Matt (Matt Engebretson) and Jake (Jake Weisman) work at mega corporation Hampton DeVille, constantly under the heels of micromanagers and a magnificently malevolent CEO (Lance Reddick). Somehow, Corporate is as funny as it is brutal, nihilistic and well-dressed. 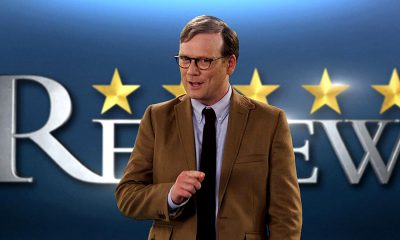 Professional critic Forrest MacNeil (Andy Daly) “reviews” life experiences on a five-star scale for his show-within-the-show, Review. The reviews begin benignly (eating 15 pancakes, going to prom) but then get weirder and darker (trying drug addiction, leading a cult, putting a pet to sleep—four stars for that one, surprisingly). Underrated comic actor Daly sells the concept with subtlety and sincerity, and Review surprises at every turn (extra half-star for proms and drugs, BTW). 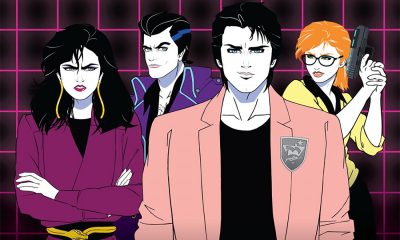 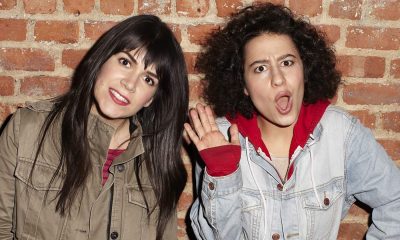 Just because Broad City was a big hit for Comedy Central doesn’t mean it shouldn’t be revisited—or experienced—for the first time. Twenty-something New Yorkers Abbi (Abbi Jacobsen) and Ilana (Ilana Glazer) joke and toke their way through misadventures of daily minutiae. Like a two-woman Seinfeld with subtle layers of feminism and overt layers of 420 enthusiasm, Abbi and Ilana never really learn anything, but their friendship is pure Goals material. 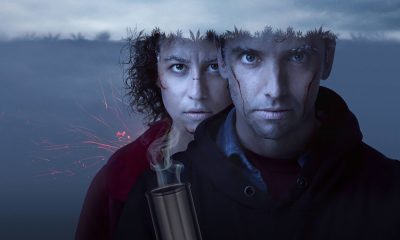 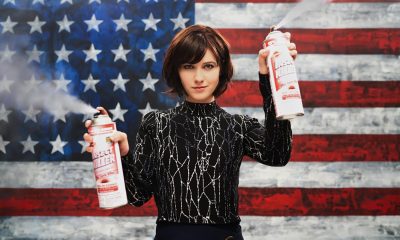 Political satire BrainDead, which inexplicably aired on CBS broadcast TV, laid out a comic sci-fi tale that had the brains of D.C. congressmen and staffers penetrated and controlled by alien bugs—months before the 2016 election. It’s not a documentary, but a documentary filmmaker (Mary Elizabeth Winstead) is the first to discover the alien plot, while few believe her because it’s bizarro biz as usual on the Hill. BrainDead just may have been as prescient as Idiocracy. 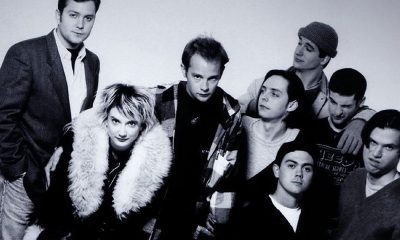 Like an American answer to Canada’s Kids in the Hall, MTV’s The State uncorked a firehose of Gen-X sketch comedy and a troupe that went on to dominate underground and mainstream comedy for decades (most notably with Reno 911!). It’s impossible to believe when looking at the Teen Mom/Floribama Shore reality shitshow it is now, but MTV was a citadel of creativity and experimentation in the ’90s—and no, we’re not doing the “when it played music” thing. 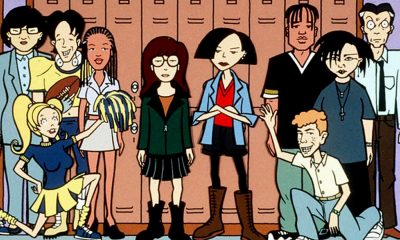 Beavis & Butt-Head isn’t the ultimate ’90s MTV animated series—its spinoff Daria is. Everything from the dissonant opening chords of “You’re Standing on My Neck” to news-show-within-the-show, Sick, Sad World, still feels fresh. Terminally unimpressed high-schooler Daria Morgandorffer carried the weight of the D-U-M-B world on her slouched shoulders for all of us. Sure, the animation and pacing are stiff, but there’s no snarky power couple like Daria and Jane. 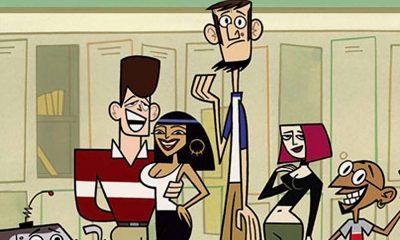 OK, MTV’s creative streak didn’t completely end with the ’90s: Early-2000s cult hit Clone High satirized teen dramas through the animated angst of the young clones of Abraham Lincoln, Joan of Arc, Cleopatra and John F. Kennedy—it’s like Dawson’s Creek, but not shit. An HBO Max revival of Clone High is in the works, but the 13-episode original is pretty much perfect as is, and Abandoned Pools’ terrifically tormented theme song will never, ever be topped.