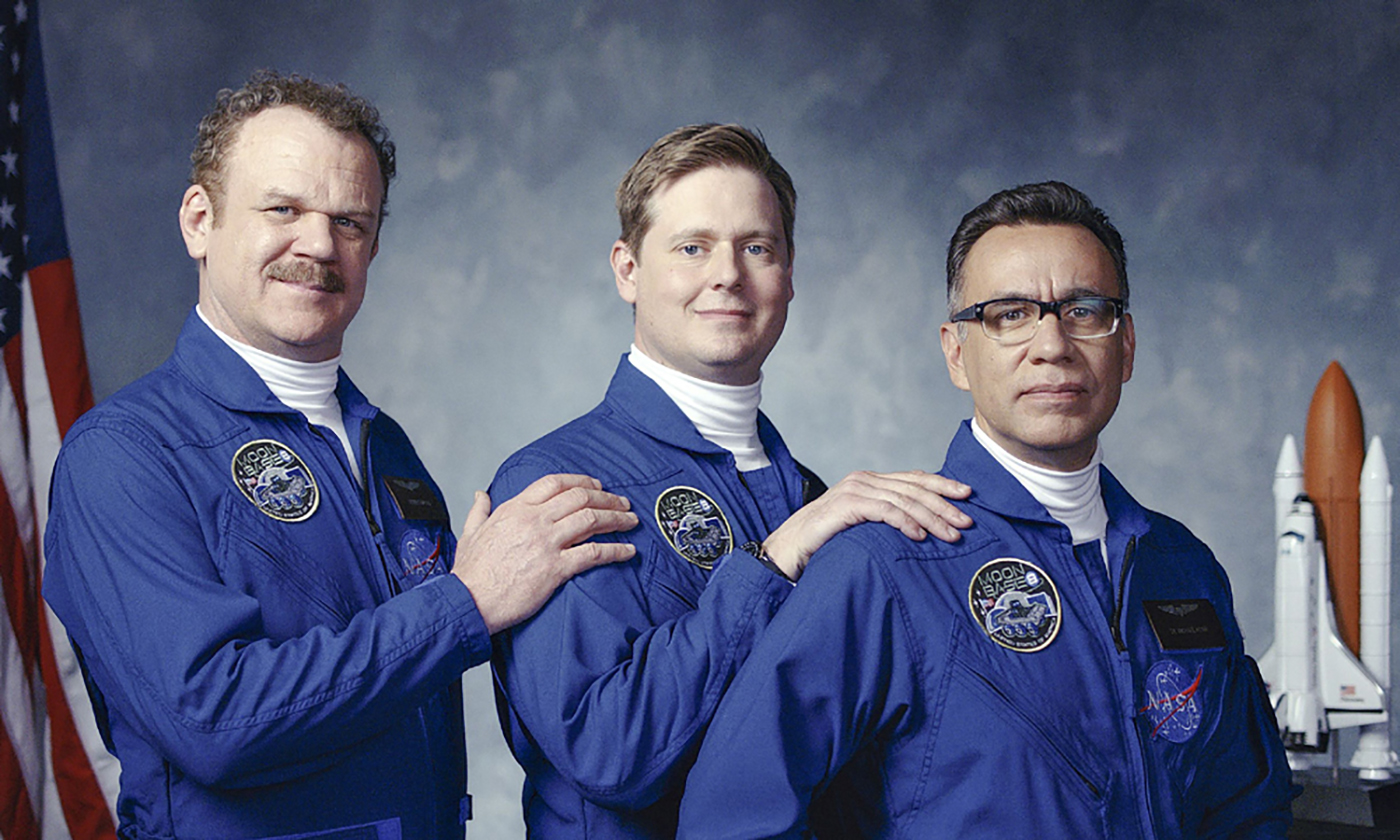 Finally, November. By the time this makes it to publication, ‘Merica could be in flames and under siege by obese militia rednecks while I’m stowed away on a flight to Any Other Fucking Country in search of journalistic asylum. I’ll let you know how it shakes out.

Anyway: A new month (fingers crossed) means new TV shows to stream. Here are 11 series premiering in November to enjoy (or tolerate) in the bunker. 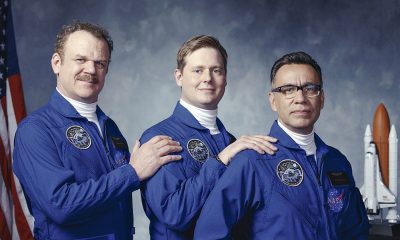 After Netflix’s Space Force and HBO’s Avenue 5, is there room for another surreal astronaut comedy? Only if it’s from Tim Heidecker, Eric Wareheim (Tim & Eric) and Jonathan Krisel (Baskets). Moonbase 8 follows three bros (Heidecker, Fred Armisen and John C. Reilly) training for their first lunar mission in an isolated Arizona moon base simulator, and slowly losing their minds (not that they had much to spare). Don’t think too hard—Moonbase 8 doesn’t. 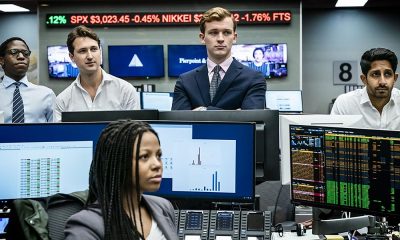 If you’ve ever wished Showtime dad-rock drama Billions was less old and white, and sexier and angsty-er (and British), Industry might be for you. New to the shiny world of London high finance, New Yorker Harper Stein (Myha’la Herrold) is thrown in with a pack of hungry, ridiculously good-looking grads looking to claw their way to the top. Do they do drugs and fuck? You bet. Do they deal with class, gender and race issues? Between the drugs and the fucking, sure. 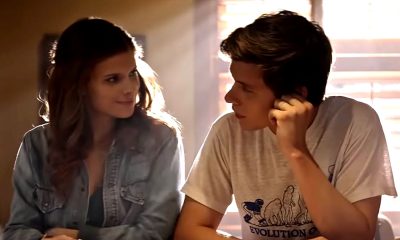 Speaking of sexy angst, here’s a teacher-hooks-up-with-student “miniseries” (10 episodes isn’t mini, Hulu) pretending not to be a supersized Lifetime movie. The imaginatively-titled A Teacher stars Kate Mara as a married high-school teacher in a torrid (and illegal, because Texas) romance with a senior (Nick Robinson). Because A Teacher is under the usually prestigious FX on Hulu banner, it’s presented as premium, cable-level art. Really, it’s just eight episodes too long. 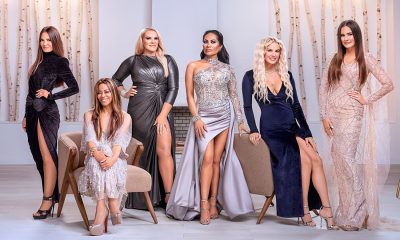 So far, so garbage—the quality’s going to turn soon, promise! Before then, however, there’s the 10th(!) installment of the Real Housewives franchise/cancer to attend to. The latest victim of the White Claw of reality shows is Salt Lake City, which introduces six new Botox repositories who are indistinguishable from any other RH coven. The Housewives aren’t “real,” nor is a millisecond of this “unscripted” bullshit bazooka, but who cares? Idiocracy accomplished. 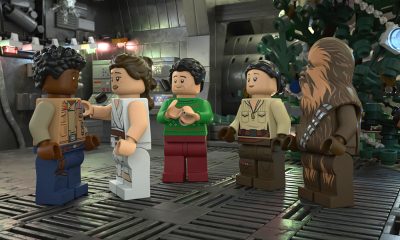 “Lego” is a mashup of the Danish phrase leg godt, which means “play well.” Nice, but that doesn’t mean you get to insist that your brand name is always all-capped as LEGO when it’s not a fucking acronym! Can I demand that I am henceforth FROST? No, because it stands for nothing … and neither do I. Except for this grammatical atrocity—I will die on this hill! Oh yeah: The Lego Star Wars Holiday Special is a Lego reenactment of the infamous 1978 original. Should be fun. 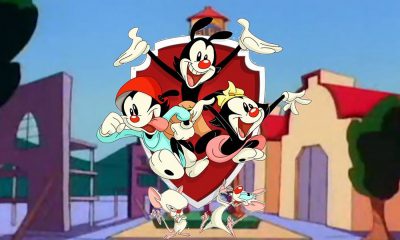 One of the most insane cartoon series to ever air on normie broadcast TV is back, so 2020 isn’t a complete wash. Animaniacs, which originally ran 1993–98, followed “Warner brothers” Yakko and Wakko, as well as “Warner sister” Dot, as they wreaked pop-cultural hyper-havoc on the Warner Bros. studio lot. Most importantly, the ‘tooned-up sketch/variety show introduced the world to Pinky & the Brain (also returning), two mice bent on world domination. Take it, P&B. 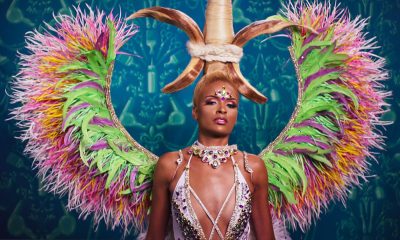 We Are the Champions (Tuesday, Nov. 17; Netflix) 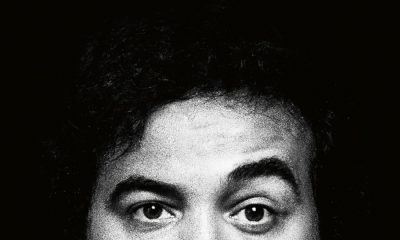 How has there never been a decent biopic about John Belushi? The rightfully hated Wired, a 1989 film dramatization of Bob Woodward’s equally reviled book, doesn’t count. Belushi finally recounts the former Saturday Night Live star’s rise (Animal House, The Blues Brothers’ movie and music) and fall (death by drug overdose at 33 in 1983). He claimed he’d “rather be an anarchist than a professional,” and Belushi shows the highs and lows of killing yourself for art. 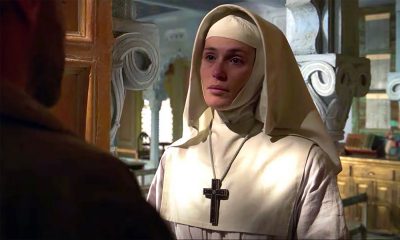 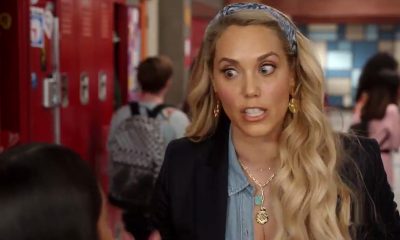 Picking up decades after the 1989–94 series, this Saved by the Bell sequel centers around the political machinations of California Gov. Zach Morris (Mark-Paul Gosselaar) and … does the plot really matter? Zach, A.C. (Mario Lopez), Kelly (Tiffani Thiessen) and Jessie (Elizabeth Berkley) are back; Screech (Dustin Diamond) was not invited. A new Saved by the Bell makes about as much sense as a Dexter revival (don’t get me started), but at least Zach Morris is still the worst. 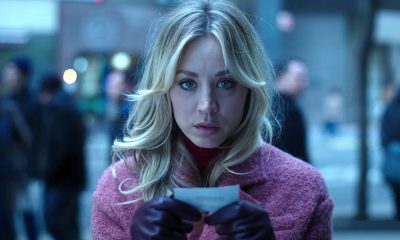 Big Bang Theory escapee Kaley Cuoco (currently the titular voice of HBO Max’s Harley Quinn) is The Flight Attendant, a woman who wakes up in a hotel next to her one-night stand—problem is, he’s a bloody, dead mess. A brisk, back-tracing murder mystery unfolds from there, balancing raw tension and dark humor with Cuoco dominating the lead. The Flight Attendant is either too smart or perfect to drop on Thanksgiving Day—anything makes sense in 2020, so just roll with it.