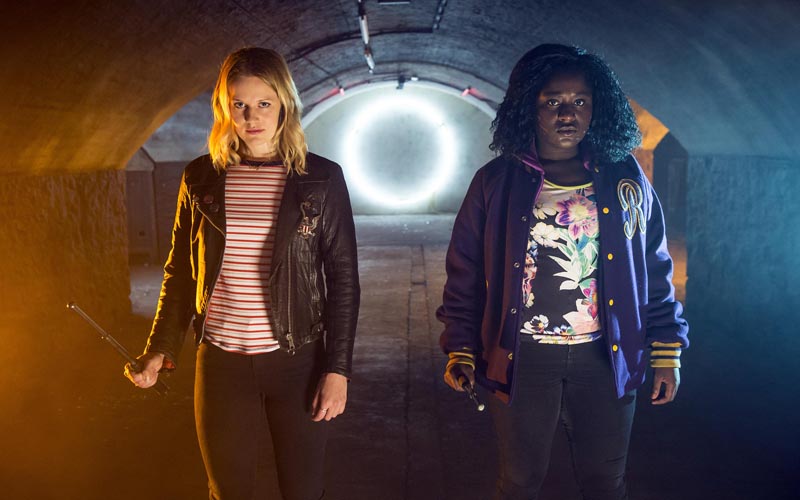 Content Shifter: 8 Series to Scratch Your Buffy the Vampire Itch

Even though it premiered 21 years ago this month on The WB—it was The CW of ancient days, kids—the influence of Buffy the Vampire Slayer on TV is nearly as inescapable as that of Black Sabbath on stoner metal. (Did I say “influence”? I meant “DNA scraping of anything ever excreted by Tony Iommi.”)

Buffy Summers (as played by the future-unemployable Sarah Michelle Gellar) was a tough, vulnerable, snarky and tenacious young woman, the likes of which haven’t been seen since BTVS left the air in 2003 after seven seasons. Same goes for the writing (a seamless balance of scary and quippy, scripted by a team of now-major Hollywood players and led by series creator Joss Whedon), and the crack ensemble cast (most of whom, like Gellar, can’t get arrested today—except for Nicholas Brendon, who’s made a post-Buffy career of doing jailtime between comic-con appearances). 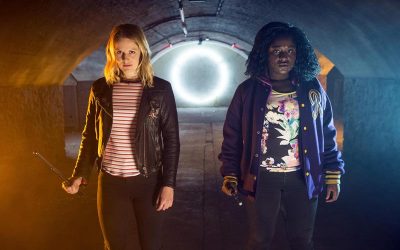 Few Buffy the Vampire Slayer descendants have gotten the series’ classic blend of horror and humor as effortlessly right as British import Crazyhead, created and written by Misfits’ Howard Overman. When 20-something Bristolian Amy (Cara Theobold) discovers she’s a “seer” who can recognize the demon-possessed hiding among humans, she forms an initially rocky alliance with fellow seer-turned-hunter Raquel (Susan Wokoma); ass-whipping and sass-quipping ensue. But the six-episode Crazyhead’s core isn’t wisecracks and action—it’s the funny and believable friendship between Amy and Raquel. Also—killer soundtrack and some of the most exquisite public restrooms ever committed to screen. 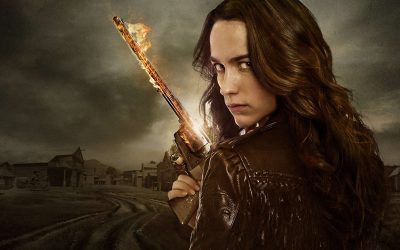 A trés Buffy setup: Wynonna Earp (Melanie Scrofano) is a modern-day descendent of Old West gunslinger Wyatt Earp, who also happened to be a supernatural demon hunter. Now it’s Wynonna’s turn, as she returns to her hometown of Purgatory to re-smite the escaped evil souls (aka revenants) taken down back in the day by Great Grandpappy, with help from her sister Waverly (Dominique Provost-Chalkley), the immortally hunky Doc Holliday (Tom Rozon) and her big-big-big-ass gun, Peacemaker. Wynonna Earp, a Syfy series, holds mostly enough to its ’90s IDW comic-book source material, and Scrofano brings her to life like a goofier, slightly-less-boozy Jessica Jones. 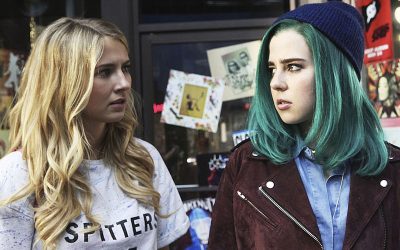 Sorority girl Jules (Eliza Bennett) and outcast computer-punk Ophelia (Taylor Dearden) team up to beat down sexual predators on their college campus—think Kick-Ass steeped in Jezebel. It’s a heavy balance: Avenging rape survivors while dropping post-feminist snark (not to mention keeping up on classwork; how do vigilantes do it all?), and Sweet/Vicious’ “Serious Issues” half isn’t quite as compelling as its “Violent Fun” half. Still, credit to first-time creator/writer Jennifer Robinson for hitting on a (unfortunately, always) timely topic, with far more empathy than a Law & Order: SVU episode. As they do with all intriguing, original new shows, MTV canceled Sweet/Vicious after one season.

The Magicians (Seasons 1–2 on Netflix) 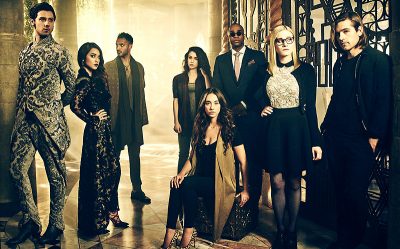 First dismissed as “sexy Harry Potter goes to Hogwarts College,” the debut season of The Magicians introduced an angsty-pretty cast with personal probs and supernatural challenges but not much in the way of humor or personality. It was a slow burn, but the series began to show more signs of life as it progressed. By the time The Magicians found dark footing by its closing episodes, a relatively spectacular finale pointed the way to a more promising second season—which it delivered, with more perpetually gray skies and hair-in-the-eyes moping, but also flashier F/X and a deepening narrative that’s funnier and smarter, not just sexy. But it’s still damned sexy—no worries there. 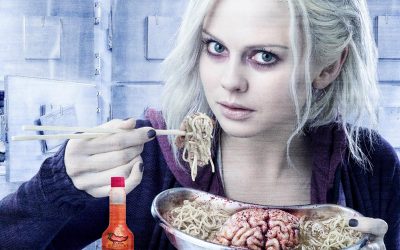 Writer/producers Rob Thomas and Diane Ruggiero (who ran could-be Buffy cousin Veronica Mars long ago) de-weirded Vertigo comic iZombie, somewhat, for TV, but it’s still out-there. Perky Seattle medical resident Liv (Rose McIver) gets infected and turns part-zombie, withdrawing from life and becoming a “goth” coroner to feed her brain diet to retain her human consciousness and keep herself from going “full Romero.” Since she also absorbs the memories of the crime victims whose gray matter she turns into brain lo mein (among other Food Network–worthy recipes), she starts solving their murders. iZombie’s pop-cultural zingers ratio would do Buffy proud, as would the increasingly rich story arc. 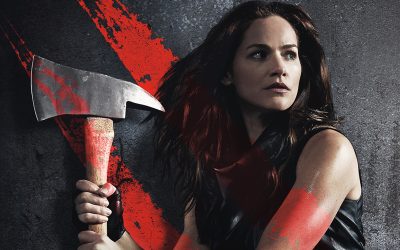 Please take a moment to forget that fucking Hugh Jackman movie. Moving on: This vampire hunter is a woman (Vanessa Van Helsing, played by Kelly Overton), but that’s not the only twist. Vamps in this universe age, they can be turned back to human by being bitten by Vanessa, and VH’s showrunner is contentious indie-film director Neil LaBute. Van Helsing’s bleak vampire apocalypse isn’t long on laughs and, for an action-drama, the pace can be glacial. But Overton delivers on both the visceral and emotional fronts, and the show’s long-game ambitions feel more in line with an HBO series than the typical Syfy fare—kind of like how Buffy the Vampire Slayer once seemed out of place on a kiddie-centric network. 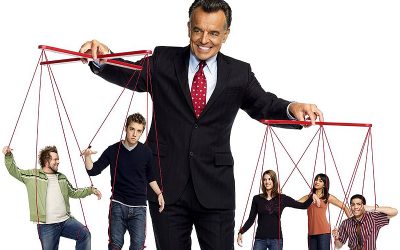 Not all Buffy kin are women. There are some dudes dealing with evil, too, like Sam (Bret Harrison), a 21-year-old slacker who’s just learned that his parents sold his soul to the Devil (Twin Peaks’ Ray Wise, the best Satan ever) before he was even born (and you thought your mom and dad made poor life choices). Now, he has to pay off the debt by becoming the Devil’s bounty hunter and dragging escaped souls back to hell with a little help from pals “Sock” (Tyler Labine, Deadbeat), Andi (Missy Peregrym, Van Helsing) and Ben (Rick Gonzalez, Arrow). Reaper would probably fly on current-day cable or streamers, but The CW was not having it circa 2007–09, canceling the series after two seasons. Factoids: Kevin Smith directed the pilot episode(!), and Louis C.K. (fittingly?) auditioned for the Devil role(!!). 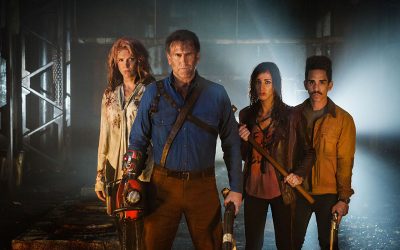 When the O.G. King Mac Daddy of demon slaying, Ash Williams (Bruce Campbell), was hauled out of retirement by Starz (it’s a cable channel—no, really) in 2015, 30 years after the Evil Dead movie trilogy, reactions ranged from “Woo!” to “Why?” Upon its Halloween-night premiere, those takes unified into “Holy fucking shit! So! Much! Blood!” Ash vs. Evil Dead finds an older, fatter and certainly not wiser Williams battling a new Deadite uprising with his trusty-old chainsaw hand, new sidekicks Pablo (Ray Santiago) and Kelly (Dana DeLorenzo), and a familiar face from the universe of producer/director Sam Raimi, Lucy Lawless (Xena!). Raimi shoots modern bloodbath technology over the top of the top while Campbell hams it up with manic glee, making Ash vs. Evil Dead the most gonzo half-hour on television. Raimi and Whedon should team up, drop a Buffy Summers cameo and blow all the minds.