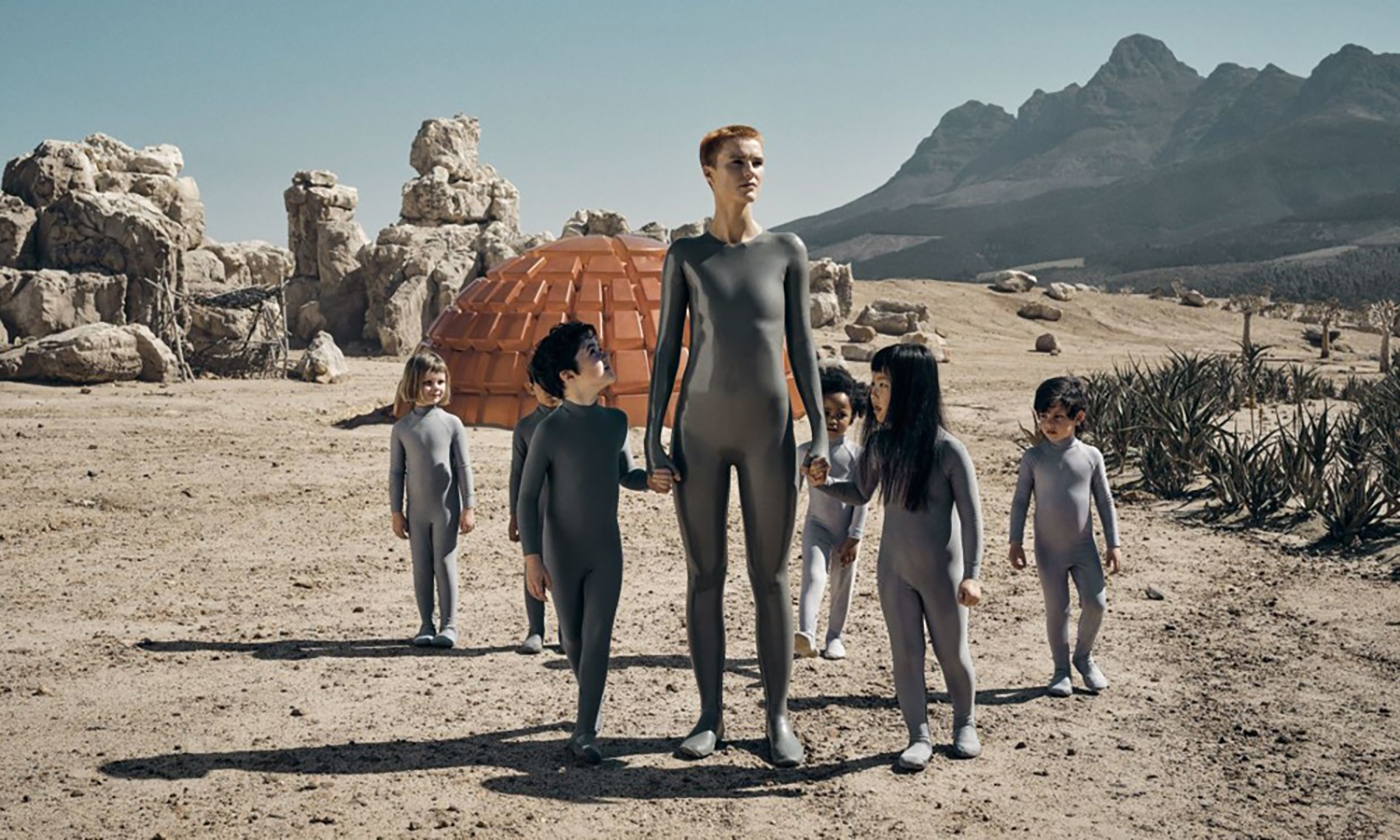 Fall, already? Time flies when you’re … what’s been going on? The spring and summer were a bit of a blur, for some reason.

September is usually loaded with TV premieres, but 2020 is leaner than previous years due to delayed productions and overall existential dread. At least new seasons of The Boys (Prime Video) and A.P. Bio (Peacock) have dropped, though they don’t make up for the cancellations of Drunk History (Comedy Central), High Fidelity (Hulu) and Altered Carbon (Netflix).

BUT! There are actually some fresh shows streaming in September, pandemic be damned. Here are eight new series—and one returning champion—premiering this month. 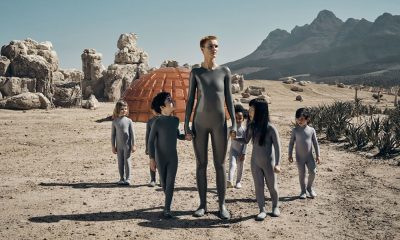 A pair of androids, known as Mother (Amanda Collin) and Father (Abubakar Salim) are charged with raising a group of human children on newly discovered planet Kepler-22B. Sounds perfectly utopian, so of course humans—from outside and inside the tribe—are going to fuck it up. Raised by Wolves is hard, high-concept/higher-budget sci-fi from Ridley Scott, with a side of religious jabs (ultra-Christians destroyed Earth!); set expectations accordingly. 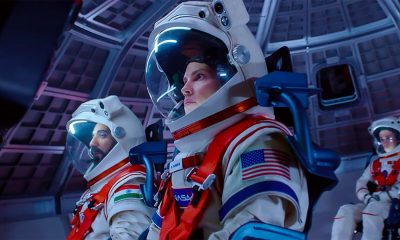 If you like your sci-fi a little less science-y, here’s Hillary Swank as an astronaut leading a mission to Mars—but she has to leave her husband and daughter behind! All the feels! Away comes from producers behind TV tearjerkers such as Parenthood and Friday Night Lights, so no one’s going to confuse this melodrama with Netflix’s otherwise very similar Another Life. Netflix should have just dropped Season 2 of that Katee Sackhoff series and sent this Away. 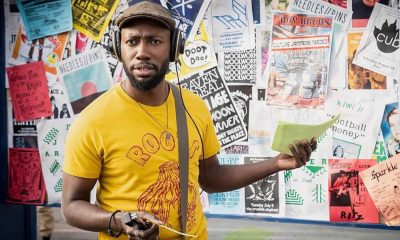 A comedy about racism? The times are (always) right. Woke is based on the life of cartoonist Keith Knight (The K Chronicles), starring Lamorne Morris (New Girl) as Keef, a Black artist who avoids politics and social issues in his work. That is, until he’s roughed up by cops for no reason, and the trauma manifests as his cartoons coming to life and hilariously prodding him to finally take a stand. Woke handles heavy topics with a light, surreal touch—watch and learn. 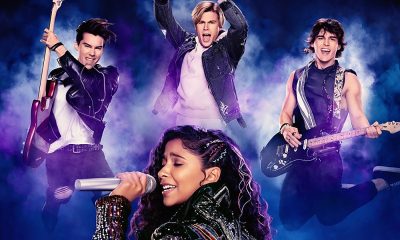 Talented teen Julie (Madison Reyes) loses her will to sing after the death of her mother—until cute-boy “rock” trio The Phantoms suddenly appear, literally. Yes, they’re ghosts of a band who never made it before their demise, but now they have a second chance with Julie on the mic (people can see The Phantoms when they play with her). Julie & The Phantoms is dumb, High School Musical-ish fun, but just imagine if she’d been haunted by Motörhead, instead. 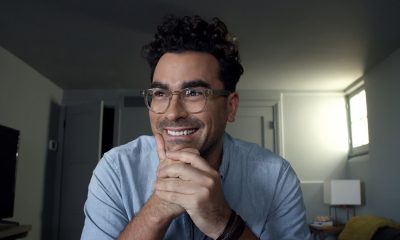 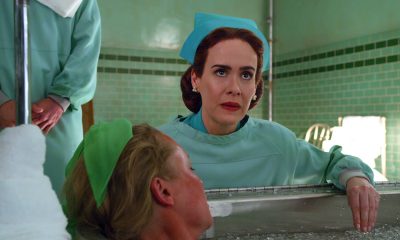 Speaking of Sarah Paulson, she’s taking on the classic role of One Flew Over the Cuckoo Nest’s Nurse Ratched for Ryan Murphy. Sure, Murphy’s productions have been hit-and-miss affairs for several years, but the 1940s-set Ratched recalls the colorful camp-gore glory of American Horror Story: Murder House and the underrated Scream Queens, and Paulson owns every second of it. Also featuring left-field cameos from Rosanna Arquette(!) and Sharon Stone(!!). 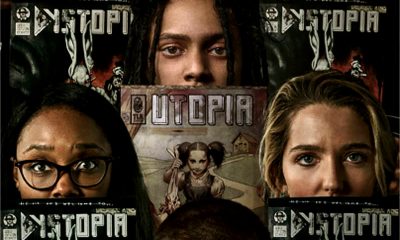 It’s way too soon for a conspiracy thriller about a deadly global pandemic, but here’s this: A group of comic-book geeks discover a veiled threat to humanity in their favorite graphic novel, Utopia, and soon learn that it’s all too real (and already underway). Upping the prestige, Utopia was adapted by Gone Girl’s Gillian Flynn from the British original, and co-stars John Cusack as a sketchy biotech mogul and Rainn Wilson as a college professor with “The Answer.” Damn, 2020. 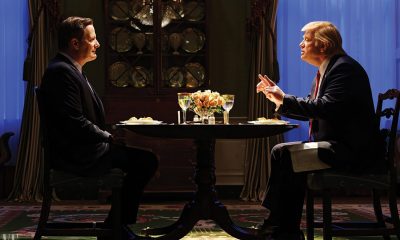 It’s way too late for a conspiracy thriller about the 2016 US election, but here’s this: Republican presidential nominee Donald Trump (Brendan Gleeson) and then-FBI Director James Comey (Jeff Daniels) go from bros to foes in Trump’s rise to power. The Comey Rule, based on Trump Sucks Book No. 105, Comey’s A Higher Loyalty, is a miniseries with no heroes, a spectacle of actors playing real-life politicos. It’s for wonks and masochists only; real humans, steer clear. 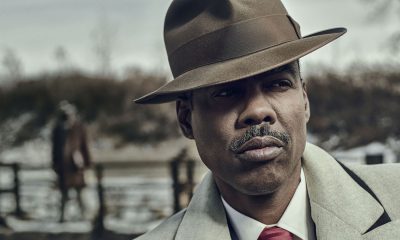 It’s been three years—three years!—since the third season of Fargo, a wrongly-derided chapter that I would recommend you rewatch (it’s better than you remember, not unlike the second season of True Detective). Season 4 is set in 1950s Kansas City—Fargo is just a state of mind now—and stars Chris Rock as a crime boss employing Black escapees of the Jim Crow South (shades of HBO’s Lovecraft Country). Weirdest S4 casting: Indie-rocker Andrew Bird.